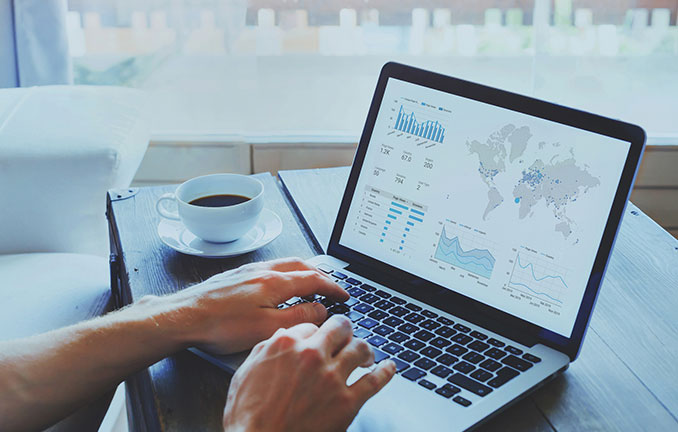 The days of guesswork are numbered in the age of data. The digitalisation of the economy means that every user action – from searching Google, to leaving a ‘like’ on social media, or buying shoes in a marketplace – helps generate a huge amount of data. This information, if used well, can completely transform an industry.

Netflix is a paradigm of the effective use of big data. This entertainment company collects and analyses vast amounts of data on the behaviour of millions of users: the genres they search for; the number of episodes they watch in a single sitting; the time it takes users to decide which content to watch; and so on. Netflix uses this data to predict what people will want to watch next week, what types of series it should commission, and which actors are most liked by the public.

Understanding this data is much more important than merely gathering it. In the same way that having a wide range of the best painting oils does not mean that we will paint the Mona Lisa like Leonardo da Vinci. Collecting vast amounts of data from a range of sources will not change a business or an industry if we do not know how to visualise that data to facilitate understanding, analysis, and decision making.

Since the emergence of big data, data visualisation has become a crucial field for professionals in every sector

Since the emergence of big data, data visualisation has become a crucial field for professionals in every sector. This is because it is difficult for our brains to assimilate data when it is presented in large volumes. For example, it is hard for people to grasp the idea of 71 hectares, so we prefer the equivalent in football fields (exactly 100).

The generation of mental images, meaning the graphic expression of a reality, helps explain the 'raw information' that is difficult to otherwise understand. More importantly, graphics facilitate the communication, exploration, and analysis of that same data.

There is a fine line between a correct interpretation and misleading the reader. We must communicate data in an appropriate and contextualised manner that is easy to understand. Moreover, it is as counterproductive to be unable to explain a good analysis, as it is to explain an analysis without context.

A well-organised and presented dataset can help readers make their own explorations. By using tools to navigate a dataset, users can 'dive' through the data in different ways, and answer personal concerns and questions tailored to their context and needs.

In addition to explaining a story and facilitating its exploration, optimal data visualisation is especially useful for data analysis and decision-making. It is often and rightly said that data is the oil of the 21st century. Even the European Union in 2015 launched a programme for a digital single market, in which one of the key actions was the creation of a European data economy.

Both public organisations and private businesses are aware of the importance of data. Big data worldwide market revenues for software and services are estimated to grow from $42 billion in 2018 to $103 billion in 2027. However, only 17% of European citizens have the skills needed to understand its significance and impact.

This is a tiny percentage if we consider the enormous horizon of opportunities that the ability to use and exploit data opens in fields such as education, journalism, marketing, finance, healthcare, and sport. The best way of learning is often by studying real cases. This is what Pere Rovira and Víctor Pascual believe and demonstrate in their book: Visual analytics: how to explore, analyse and communicate data (published in Spanish as Analítica visual: cómo explorar, analizar y comunicar).

Rovira and Pascual have pioneered data analysis and visualisation in Spain and launched OneTandem, one of the largest digital analytics consultancies in Europe. They have produced an online course for approaching big data that includes a general introduction to data visualisation – in which a real multinational case study is presented. The course also includes a series of best practices and design tips for the development of dashboards and data presentations. Numerous examples of data visualisation from a variety of areas are discussed.

Data is constantly being generated. The correct use of big data is essential for professionals and companies. But it is equally important that this data is varied, up-to-date, and of sufficient volume that it can be handled efficiently and understood at a glance. After all, 90% of the information our brains receive is visual.