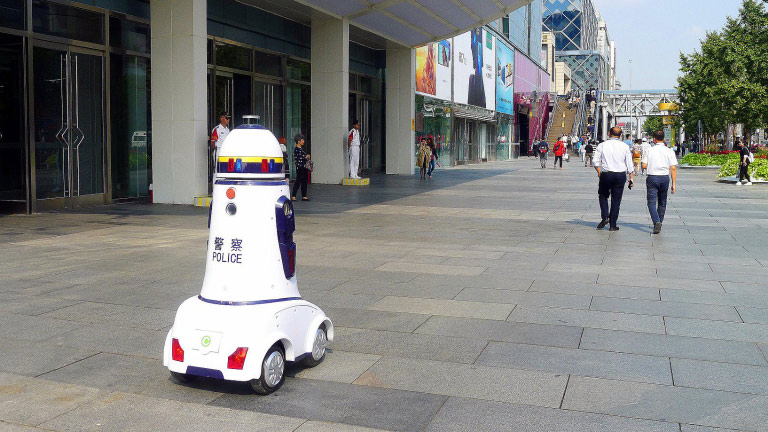 Digital innovation, is it a different animal? Does it matter?

We usually describe the innovation process as a form of punctuated equilibrium where a discovery, a technical improvement, or a breakthrough is followed by a stela of subsequent refinements that diffuses and expands into a diversity of usages.

Obviously, this model also fits in the digital environment where, for example, without the work of Hinton in deep learning, most of what we know and use in image recognition would not exist. However, in digital innovation this happens less often and we often observe a continuous flux of discoveries and refinements in rapid transition.

Most digital innovation is open and free, even when companies invest heavily in development

Not only this, digital innovation continuously challenges the economics of innovation that captures value with a mix of patents and secrecy. Most digital innovation is open and free, even when companies invest heavily in development. As an illustration, Tesla has been working with Dalhousie University  since 2016 to create a battery that could last one million miles – a breakthrough that would enable robo-taxis, electric trucks, and change the economics of commercial electric vehicles. Well, this discovery has been revealed publicly in a scientific journal with full details enabling easy reproduction. Why is this happening?

One way to approach this conundrum is to investigate what makes digital technologies different – and then derive the consequences of these differences.

We can identify seven traits as key for differentiating digital innovation.

First is its plasticity. Software, and generally anything related to or driven by software, is easy to change. Nobody would think of re-designing a bridge, a train, or a building when it is already half finished. But this is more than common in software. This ease of adaptation and adjustment is termed plasticity.

One of software’s most remarkable characteristics, and at the same time something that differentiates it from other engineering disciplines, is its development speed. On top of this, software development is becoming increasingly automated, especially now with cloud computing.

But it is not only development speed, as even the most complex software is now within the reach of moderately capable programmers. It was a long time ago that you needed a PhD in artificial intelligence to produce usable image recognition software. Abstraction is the key word in this accomplishment, abstraction through modules that encapsulate knowledge and procedures in black boxes that can be used and combined at will.

Another characteristic is homogeneity, once information has been extracted and transformed into data, then it is data, about which we can use any algorithm, library, or procedure – because data is just data. This homogeneity enables the easy transfer of talent, people and ideas across fields.

However, the most striking characteristic in economic terms, is its zero-cost and instant reproduction. Production becomes copying, and it is not necessary to develop new software. When we need to build a new motor for a new aircraft, we simply copy the software that runs it, instantly, at zero-cost.

Nevertheless, this enormous speed in the creation and reproduction of software results in a level of agility among the actors, who generate constant innovations and novelties that quickly render existing software obsolete. As Lewis Carroll said: “Now, here, you see, it takes all the running you can do, to keep in the same place. If you want to get somewhere else, you must run at least twice as fast as that!”

You may argue that even if these seven characteristics differentiate digital innovation from the rest, its impact has been minor, in terms of how we manage innovation projects.

Innovation management has been typically described as a process in which a portfolio of diverse projects evolves through a funnel by means of a process of selection, development, validation and funding. It is sometimes said that this process looks similar in digital and non-digital innovation.

A closer look, however, quickly reveals that this model has evolved. Most digital endeavours are now agile and lean – and do not follow a waterfall project management structure. This is highly disruptive for the funnel mentality because of the shifting of objectives that agile methodologies inject into the projects and process.

The internal – closed – model of innovation is now mostly out, and open innovation is the dominant approach to innovation management. Companies that are subject to intense competition in innovation increasingly resort to outside innovation rather than internal innovation. Simply put, the outside world is bigger, faster, cheaper – and its innovations are already, at least partially, validated.

However, we still cannot explain why Tesla is giving away what could possibly be one of its key advantages: a one-million-mile battery.

The missing piece is that these seven characteristics are evolving rather than static – and we can significantly act on some of them. For instance, like Moore’s Law, speed in software development is increasing with new languages, tools and integrations such as DevOps.

Its universality is also increasing, as Marc Andreessen penned in his famous Why software is eating the world essay in the Wall Street Journal in 2011.

Its complexity is reducing with developments such as cloud computing that put the most sophisticated datacentres on Earth at almost anybody’s disposal.

The same is true for scalability.

And yes, its speed and rate of obsolescence too!

Therefore, we cannot see these characteristics as static anymore, but increasingly dynamic and with an accelerating rate of change. This has many implications, but I would like to focus on one – the change in the ‘locus’ of innovation.

Innovation has been for many years inside the company. Internal projects evolved through the funnel where they were selected, developed, financed and validated.

Open innovation changed all this, drilling the funnel, covering it with holes through which some projects escape the funnel and are developed outside – while others enter the funnel and become part of the core of the company. For example, the robots that move Amazon warehouses, the Kivas, were an acquisition made in 2012. Amazon acquired Kiva Systems for $775 million in March 2012; and in 2015 it became Amazon Robotics. Certainly, one of the most profitable acquisitions ever made.

Now that innovation speed is faster, the locus of innovation is moving even more outside. Innovation is a task developed by an ecosystem rather than by a organisation. The only way to thrive is to develop as commons in innovation platforms and actively participate in construction and development.

Elon Musk knows that the one-million-mile battery is just one step in the creation of a world of electric cars. He also knows that to thrive, the electric vehicle and his company need a bigger and more evolved ecosystem!

This collective construction of innovation commons is what makes digital innovation different, and explains why Tesla is disclosing key discoveries, why digital innovation transcended digital in domains such as batteries for electric vehicles, and why most artificial intelligence basic building blocks are open source. By tomorrow – and maybe already today – all of this will be obsolete.

In a way, we are witnessing a disassociation between value creation and value capture through completely different mechanisms.

Again, the words of Lewis Carrol sound prophetic: “Now, here, you see, it takes all the running you can do, to keep in the same place. If you want to get somewhere else, you must run at least twice as fast as that!”