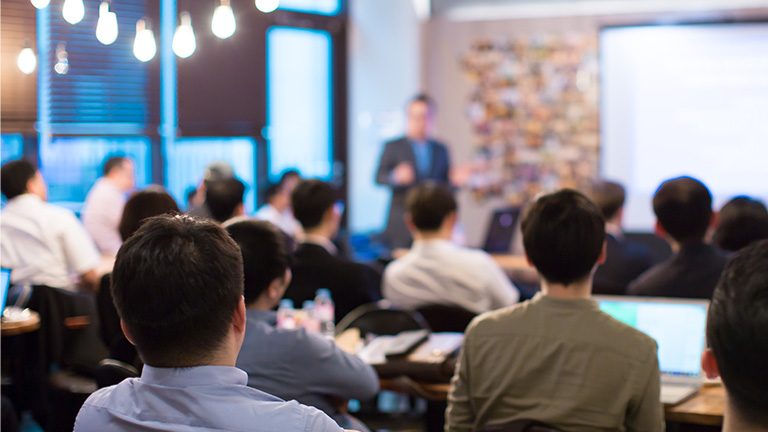 Do we need to rethink business education?

The power companies have in shaping society has steadily increased in the face of globalization. The training of managers and the quality of business education have a direct impact on this influence, but there remains an ongoing debate on the content and skills fostered by business schools and the type of people who graduate from them.

In an essay titled From Business Ethics to Business Education: Peter-Hans Kolvenbach’s Contribution, published in the Humanistic Management Journal, Esade Professor of Society, Politics and Sustainability Josep M. Lozano analyzed the situation. The following is a summary of the published article.

Business ethics as a discipline has been criticized by business leaders as being divorced from reality, with academic teachings and debates taking place outside the scope of corporate reality. While business ethics incorporates the elements of an academic discipline, with textbooks, journals, conferences, and research centers, there is doubt about its impact on business practices.

This gap between academia and actions has led to corporate social responsibility (CSR) gradually taking the place of business ethics. But the concept of CSR is hazy with no clear definition. CSR is not a goal in itself, but rather a common ground on which a business seeks to advance its own agenda. Rather than encompassing rules and principles of business, CSR focuses on the direct impact and consequences of actions.

In this light, critics have called for a debate on the future of business schools and management education. The quality of training has been questioned, with detractors arguing that business education fails to equip its students with the skills they need to tackle the economic, political, social, and even ethical demands of corporate business.

To tackle this conundrum, we can examine the proposed approach of Peter-Hans Kolvenbach.

Peter-Hans Kolvenbach was Superior General of the Society of Jesus from 1983 to 2008. A Doctor of Theology, Kolvenbach spent his life in academia and traveled extensively to oversee the management and teachings of the educational institutions, colleges, and universities managed by the Jesuit order.

The goal of Jesuit education is the formation of men and women for others, people of competence, conscience, and compassionate commitment. It is on these 'four c's' that Kolvenbach based his holistic approach to education, setting out a frame of reference for universities "to help men become more truly human, enshrining human dignity, and being active participants in a better world."

The education offered by a business school must provide excellence in terms of knowledge and the development of skills and abilities. But Kolvenbach stressed that a professional career cannot be reduced to merely technical and instrumental dimensions, emphasizing that training tomorrow’s leaders should not create “a sect marked by elitism.”

His view was that students need to be motivated by values that "are above money, fame, and success" and his teachings affirmed that utilitas means asking for whom and for what one strives.

A university’s success, he insisted, should not be measured by the high positions achieved by its graduates, but by the kind of people they become and the service they render to society. They should, he said, “educate to create responsible citizens in the city that is the world.”

Kolvenbach saw the ethical and social dimension as an inextricable part of exercising a profession, and as what professionals can do to create a fairer society.

He saw a commitment to justice as the key to leadership training – a consideration that has gradually disappeared in the CSR discourse. 'Social justice' has given way to 'social responsibility', and 'ethics' have become 'values.’

For Kolvenbach, promoting sensitivity and a commitment to justice was part and parcel of the educational proposal. As he said: “Students, throughout their training, should learn to perceive, think, judge, choose and act in favor of the rights of others, especially the oppressed and the less advantaged.”

Humanism means raising the question of one’s own and one’s shared humanity. Business education makes no sense if we fail to acknowledge that professional identity and personal goals are inextricably linked.

When we talk of humanism, Kolvenbach said, we are aspiring "to the formation of more full human people" that goes "beyond cognitive progress to foster human development that involves understanding, motivation, and conviction."

When we say “putting the student first” we are not advocating a student-centered environment that meets all their demands. The humanities are a way to build personal reflection on meaning and purpose, and to help students to reflect upon themselves and their contribution to society.

Kolvenbach stated that a university “has its own purpose and it is not merely an opportunity to evangelize or to defend the faith” and “is not a parish or a religious congregation.”

For Kolvenbach, fides is the opposite of indoctrination. It is about giving meaning to experience and recognizing that every individual seeks meaning in life to some degree. In his proposal, fides is inseparable from work for justice and for growth in human quality.

In the university context, fides is the call and invitation to each person to act from their true center. It is this principle in which the ideal of training competent, conscious, compassionate, committed people is rooted.

The horizon of such individuals is “to fully become a person, and not just a specialist or professional.”

A framework for the future?

In recognizing the power of companies in society, we need to go beyond the curriculum of business ethics. There are increasingly strong indications that the future of business education lies within the personal and human qualities of those who participate in it.

This raises the issue of what educational project business schools should pursue. The proposed framework of utilitas, iustitia, humanitas, and fides creates a more holistic vision of business in the higher education setting.

And it suggests that the future of business education may lie in Kolvenbach’s paradigm.