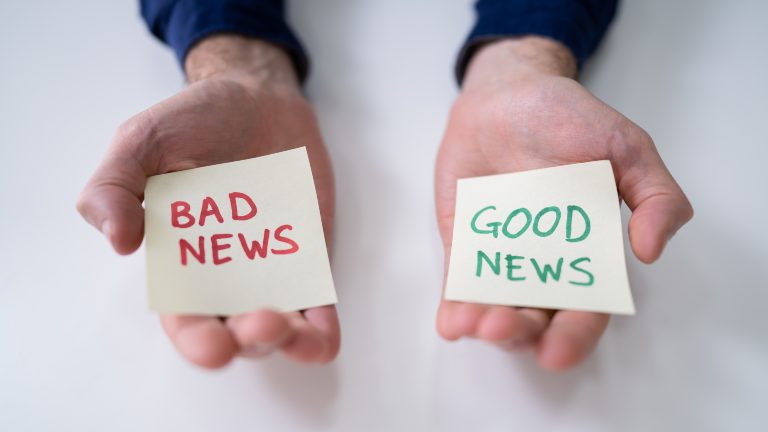 In 2007, a cancer research firm released a new test to help breast cancer patients decide the best course of treatment. The scoring system was designed to help patients make informed decisions about their own treatment, based on the type and severity of the cancer and the likelihood of recurrence.

A low score meant less invasive treatment was likely to be effective, whilst a higher score suggested that chemotherapy would be necessary. The scoring system revealed an unexpected phenomenon: several of the patients with ambiguous results – neither low nor high – declared they would have preferred a higher score, meaning a worse outcome.

What prompts a patient to hope for a higher-risk diagnosis than a more favourable result? Esade’s Kate Barasz and Serena Hagerty from Harvard Business School carried out a series of studies to investigate when and why people may paradoxically prefer bad news.

When researchers tracked patients who had been given either irreversible or reversible colostomies over a six-month period, they found that overall life satisfaction and quality of life increased with time for patients with permanent colostomies. Another study revealed that people’s dislike for a person who had significantly psychologically hurt them lasted for a much shorter time than anticipated, while their dislike for someone who had hurt them only a little lasted longer.

“Both examples document a common failure to account for hedonic adaptation,” explain Barasz and Hegarty. Hedonic adaptation shifts the expectations of events or circumstances that could be seen as extremely negative, resulting in people mistakenly anticipating a worse outcome and therefore recovering more quickly it doesn’t materialise.

“Yet unlike these cases, we propose that there are situations in which people actually express a prior preference for bad news,” continue Barasz and Hegarty. “Rather than a hedonic adaptation account, we suggest that this paradoxical preference may arise for a different reason altogether: decision avoidance.”

In 2019, a professional baseball pitcher suffered a relatively common minor ligament tear that could be effectively treated either conservatively or with minor surgery. A more severe tear would have demanded surgery; the lesser nature of this player’s injury meant he could choose which treatment path to pursue. During a press conference, the player admitted that he hated having the choice and would have preferred the doctors to tell him what treatment he would receive.

“This predicament exemplifies the scenarios we are investigating here,” say Barasz and Hegarty. “Objectively worse news could have eliminated a difficult decision by requiring surgery, whereas objectively better news left him in the position of making the hard choice himself.

“Though the player did not discuss which diagnostic news he would have preferred, we wondered: Would other players in a similar situation actually prefer worse news that necessitated surgery and bypassed this tough choice?”

To find out, they contacted 74 pitchers from the top 60 National Collegiate Athletic Association (NCAA) in the United States. They described a scenario in which they received an ulnar collateral ligament tear - the same injury as the aforementioned professional player - and outlined two levels of severity: a full tear, requiring certain surgery; or a partial tear, which could be treated with physical therapy or surgery.

They then asked the players: “Imagine that you injured your UCL and are waiting to hear the diagnosis. What news would you prefer to receive?” The results confirmed that the majority of the players expressed an explicit preference for worse news.

Barasz and Hegarty extended the study to put a series of questions to several groups of participants. Using a combination of field surveys and randomized experiments, they investigated when and why people may paradoxically prefer bad news—for example, hoping for an objectively worse injury or a higher-risk diagnosis over explicitly better alternatives.

“The research demonstrates that people may hope for relatively worse news in an effort to pre-emptively avoid subjectively difficult decisions,” they say.

“The research demonstrates that people may hope for relatively worse news in an effort to pre-emptively avoid subjectively difficult decisions,” they say. “This is because when worse news avoids a choice - for example, by ‘forcing one’s hand’ or creating one dominant option that circumvents a fraught decision, it can relieve the decision maker’s experience of personal responsibility.

While Barasz and Hegarty focus on medical scenarios in their research, the theory extends to non-medical contexts.

“For example, a colleague was wavering about whether to move from his rented city apartment to a larger suburban home. When he received word that his rent was being raised by 30%—bad news that, in the absence of a choice, would have simply been bad—he reported a definite sense of relief: he would have to move and there was no longer conflict associated with that decision.

“Or imagine a car owner deciding whether to fix or sell a car after a serious collision; he may feel better learning his car is totalled - worse news - than that it is eligible for repair - better news. Or consider a doctoral applicant facing a tough choice between two universities; she may be relieved to find out she got rejected from one program (worse news) than into both (better news).”

The research creates interesting opportunities for future research both within the medical domain and more generally, say Barasz and Hegarty.

“Advisors often fail to anticipate the decisional conflict faced by advisees—for instance, falsely assuming patients want decision autonomy when they actually desire more paternalistic recommendations. If others do not anticipate the benefits of bad news—perhaps because they see the relationship between news and affect as more linear, or perhaps due to a simple empathy gap - they may incorrectly predict that people receiving better news are better off and less in need of support than those receiving worse news, misallocating support or assistance to those who are actually less in need of help.

“Additional work might examine people’s ability to identify situations in which others may hope for the worse.”