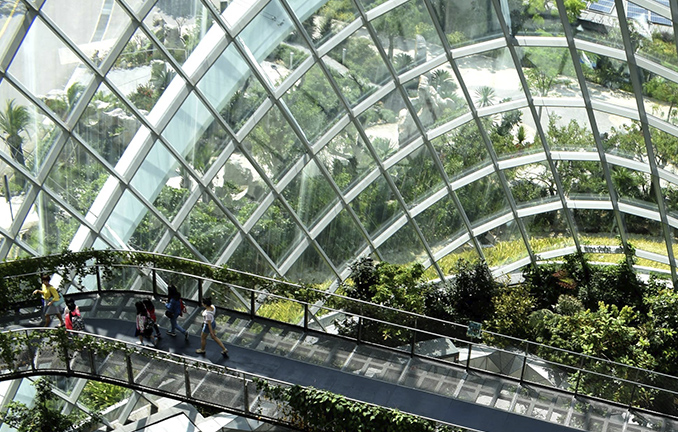 A new economic paradigm for a more sustainable world

There is no way back. Covid-19 is nature sending us a message, an SOS signal for the human enterprise, bringing into sharp focus the need to live within the “planet's safe operating space”. Out of obligation, necessity or responsibility to the planet and the generations to come. The environmental, health and economic consequences of failing to do so will be disastrous and irreversible.

Independently of how far the planet's economies have come, there is something we must not forget: our economies depend on nature and so do we as human beings. Only by recognising this reality and by taking appropriate action will we be able to protect and increase biodiversity while improving our economic prosperity. Hereunder, the directors of the online programme Sustainable Management and Agenda 2030 offer some advice on how to achieve this.

Protecting biodiversity is our life insurance

The year 2020 brought with it a situation that few of us could have imagined. From one day to the next, our lives changed completely and the constant flow of information in the media focused on just one subject. Although the pandemic took most of the world's population by surprise, in 2019, a group of scientists from all over the world – 11,000 experts in all – had already predicted a health emergency caused by climate degradation.

Annual reports published in 2019 by organisations such as the WWF and the GPMB were already warning of the link between the climate emergency and possible health crises. They cited new forms of urbanisation and the continued destruction of forests; the trafficking of exotic species that end up living side by side with humans; animal markets that increase the danger of contamination; and the increase in the number of spillover infections from animal species to humans. These are just some of the factors that have damaged our ecosystems and contributed, year after year, to the ongoing loss of nature's biodiversity.

We are now more defenceless and more exposed to the likelihood of pandemics reoccurring. Therefore, taking care of our ecosystems is an investment. It is the best vaccine against climate change and it has not only health, but also economic and social repercussions.

Towards a new road map

The latest models have shown that there is still time for us to stop and reverse the loss of the Earth's biodiversity caused by man's systematic destructive action. Taking advantage of the global context in which we live, sustainability must be an unavoidable common purpose.

Tackling each of these problems separately is a mistake, because they are inextricably linked. Therefore, in order to heal our system, we have to look at matters from the same perspective and move towards a joint change of mentality; in seeking to achieve a more prosperous society, we must reconnect with nature at the same time.

If we were to begin at the end, the conclusion is very clear to see: we need more responsible and sustainable business models so that companies may improve their entrepreneurial efforts in the 21st century, while creating value for their stakeholders and contributing to social prosperity.

This goal can only be achieved if leaders, executives and directors inject a change of pace from within their organisations. For this purpose, they have three compasses at their disposal: the circular economy, the Agenda 2030 and the doughnut economy.

The circular economy, which provides opportunities for innovation and change, is a new production model whose goal is sustainable growth. The objective is to optimise resources, reduce the consumption of materials and reuse waste to extend the life cycle of the products we consume. Constantly striving to imitate nature, the circular economy seeks to turn waste into a new resource, maintaining a perfect balance between progress and sustainability.

The doughnut economy, developed approximately a decade ago, has given rise to a transformative initiative in which the economy moves between two limits: the environmental ceiling and a social foundation. This model seeks to satisfy everyone's needs, guaranteeing respect for making the economy a fairer and more inclusive environment, always within the limits of the planet.

For its part, the Agenda 2030 – approved by all the countries in the United Nations in 2015 – consists of 17 Sustainable Development Goals (SDGs) ranging from the eradication of poverty to climate action, education, women's equality, the defence of the environment and the design of our cities. It represents a holistic and comprehensive road map, setting the timescale and the goals to be achieved, so that the economy may advance in time with the planet and its inhabitants.

These three paradigms, which complement each other since they share the same mission, have been adopted by many companies in different sectors. In this respect, the leaders of the 180 most important companies in the Organisation for Economic Cooperation and Development (OECD) – motivated by manifestos in media such as the ‘Financial Times’ and the most recent Davos Forum – have proposed a change in the way in which companies have been conceived to date, since the purpose of these entities must be to contribute towards a more prosperous world by generating wealth, but respecting the resources that keep us alive.