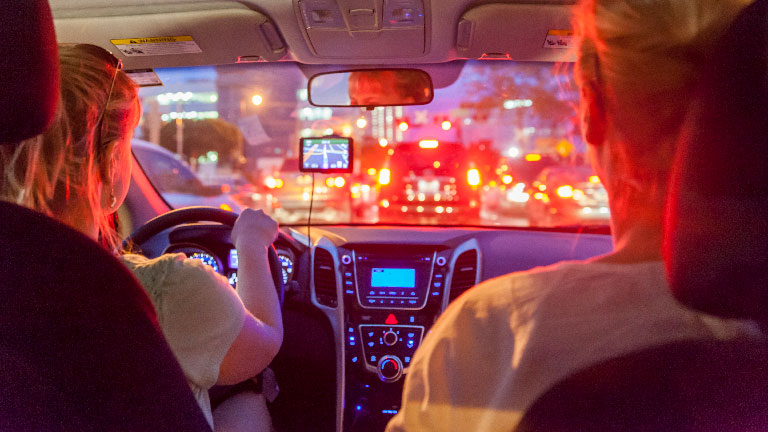 Turning the key in the ignition to start a car does not seem very ethically important. It does not breach any laws or moral standards, and is not, in itself, a matter of right or wrong. Even if the person turning the key was extremely ecologically minded and fully aware of the relationship between a car's exhaust fumes and global warming, the consequences of this action would be so statistically insignificant that they could be ignored.

But because this simple gesture is repeated every minute of every hour of every day, year after year by millions of people all around the world, it is not only ethically important but one of the main ethical issues facing humanity.

Furthermore, this shift from insignificance to transcendence happens even though the individual’s personal circumstances remain unchanged and they have not deliberately caused this situation – nor can they do anything to prevent it. In fact, even if they decided not to start their car in order to prevent pollution, this personal decision makes such a quantitatively insignificant contribution to global warming that it would actually make as little difference as doing the opposite.

First, mass society, and now global society is forcing a change of mindset.

The responsibility we have (and are requested to have) when reacting to the Covid pandemic, despite being more dramatic because the damage is more immediate, is another example along the same line. This is what makes it hard to understand. It is hard to understand that the subject of this issue is the group, and that our belonging to the group is what makes us responsible.

It’s hard to understand because ethics – in the western world at least – is regarded as intrinsically individual: I am responsible for my actions; I am the focal point of my decisions; I am the one who deserves to be punished for doing wrong and rewarded for doing right; I am the one who can dimension the weight of my responsibility by choosing my scope of action in society and thus having a greater or smaller ethical burden (having children or not, entering a given profession or not, undertaking a career in politics or not, aiming to be a business manager or not, etc).

The subject of the Covid-19 pandemic is the group, and our belonging to the group is what makes us responsible

At the present time we all see some people behaving in ways that respect the regulations that citizens are asked to obey, and some that obviously do not. We can also see how both types of behaviour (and many others in between) co-exist on the streets, in parks and in shops.

I must admit that what I am about to say is personal speculation but I have the impression that there continues to be an idea, amongst some people at least, that anyone who is very careful about safety measures is something of a hypochondriac or perhaps overly worried about their health, and that there is a degree of liberty, pride, bravery or even self-assertion in not abiding by all or some such regulations or ignoring them completely, when in fact the opposite is true.

It is not that careful people protect themselves more than they protect careless people. Careful people do in fact protect careless people more than vice versa. This has all been explained to us very clearly recently, and it is quite easy and straightforward to understand. However, despite being easy and straightforward to understand, it is, in fact, extremely complicated because it is at odds with the profound assumptions about what ethical responsibility means, assumptions that situate the individual and their power, actions, virtues, faults and freedom at the centre of the moral universe.

Roughly speaking, the philosophical explanation of this complexity is that the foundations of the theories that have shaped the concept of ethics in the western world date back to historic times long before the mass society or global society ever existed. In the early 20th century, Hannah Arendt was one of the first thinkers to express the need for a new mindset, and she did so against a backdrop of remarkable political and moral turmoil: the settling of accounts about the Holocaust after the fall of the Third Reich.

One example is her famous study about Adolf Eichmann who was kidnapped by the Mossad in 1960, tried and sentenced to death in a public trial in Jerusalem. Eichman was a second-rate Nazi henchman regarded as the main organiser and the brain behind the final solution, as it was called.

Arendt, however, saw him as merely a dull technocrat who, whilst undoubtedly despicable, was in no way the personification of evil many people thought him to be. Eichman was morally responsible for what he must undoubtedly have done, such as for example, organising the trains for mass deportations of Jews. But to regard the Holocaust as a problem of Eichman or several Eichmans was to misunderstand the crux of the tragedy which lay with the system rather than the individual, with politics rather than the moral dilemmas of one guy in particular, regardless of his identity or power.

We cannot escape from the responsibility of our own free will

This is why Arendt spoke about the need to see ethics applying a model of political responsibility, a responsibility we all have because we are part of a group and because of the power this group has precisely because it is a group. And we cannot escape from this responsibility of our own free will. This is a considerable inconvenience for the individualist thinking typical of the liberalism that we all imbibe with varying degrees of enthusiasm.

Although the crimes that Eichman helped commit usually rank highest amongst humanity’s moral atrocities, the inconvenience caused by the new view of ethical responsibility proposed by Arendt has steadily grown and spread into so many other problems and geographic areas that it has acquired, in cases like the Covid pandemic, a truly global dimension.

The inconvenience is unbearable because we all belong to the group and we all have the power to inflict direct and immediate harm upon each and every one of us (unlike the cause and effect of climate change that spans considerable periods of time and space). Furthermore, we cause such hurt entirely unwittingly (unlike the Holocaust, because physical proximity now means we are more likely to hurt the people dearest to us and without even realising it ourselves).

This is the great shift in mindset forced upon us, in ethical terms, by the pandemic: the realisation that we have responsibilities that we never asked for, simply because we are members of a group and because the group includes us all. It does not matter how much one criticises one’s society or how much one enjoys reasserting one’s independent character. This is not about individual decisions or personalities. It is a difficult and profound change. Difficult because it is profound – and very intellectually inconvenient.

Perhaps part of what must be done is to stop doing certain things. Stop creating links between our power and our desire, between our results and our decisions, and accept that life and its circumstances will always be beyond the control of our calculations and desires. In other words, we must behave responsibly because it is the right thing to do, and be trustful. This may make us kinder, less aggressive, more understanding. This hope is undeniably uncertain, but for this very reason it is appropriate at a time when absolutely everything else is uncertain too.