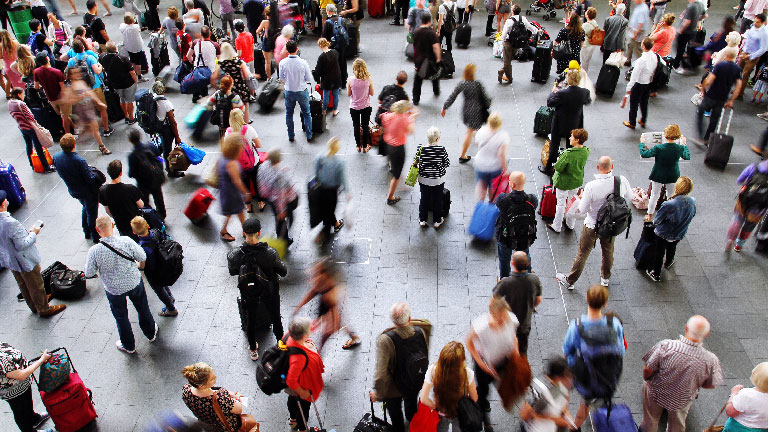 In the current global digital realm, localised privacy policies that protect the data and digital rights of citizens will inevitably emerge as timely in the aftermath of the social disruption caused by Covid-19. The European Union’s General Data Protection Regulation (GDPR) provides a thorough framework for organisations to adhere to, with hefty fines that can run into hundreds of thousands of euros for those who do not comply with the rules.

But these regulations contrast sharply with the technological infrastructures in the United States and China, where big tech corporations and centralised governments respectively call the shots.

Against this backdrop, my colleague Igor Calzada and I examined the variations in global data landscapes. Our research suggests a roadmap for a new European digital ecosystem to protect the digital rights of its citizens, and argues that European local and regional governments are endowed with old governance structures that clearly cannot overcome twenty-first century challenges.

In summary, against this backdrop and directly influenced by the GDPR, Europe has, perhaps, for the first time, spoken with its own voice by blending data and smart city research and policy formulations. Our article, published in Transforming Government: People, Process and Policy, suggests a strategy to lead the global data landscape committed with the digital rights by putting the city of Barcelona at the front of this digital global revolution.

The age of data

The twenty-first century has seen an explosion in the use of data and the level of intelligence used to analyse it for commercial advantage. Social networks and artificial intelligence (AI) heralded the introduction of hyper-targeting, with data analytics, facial recognition and data profiling. As cloud storage overtook bulky server systems, the capital and operational costs of big tech firms dropped drastically, opening the market to anyone with a laptop and a working knowledge of data science.

The technology has moved faster than the regulations to control it, with mass manipulation through finely targeted content. And while Europe addressed societal concerns by introducing GDPR in May 2018, it did not go far enough. The sheer scale – and potentially nefarious consequences – of data extractivism and manipulation have highlighted the need to establish digital rights frameworks covering privacy, ownership, trust, access, ethics, transparency and – ultimately – democratic accountability.

This surge in data technologies is not just the preserve of profit-making data harvesters in big business. The way public policies and services are designed and delivered has also been transformed. The decision-making process in local and regional councils is being aided by data scientists using algorithms to solve social problems and allocate resources, with citizens acting as data-providers whose information is used to shape services. The data captured in these huge ecosystems is analysed and fed back into itself to alter the provision of goods and services and how they are marketed to people.

In the US, Google, Amazon, Facebook and Apple collect massive amounts of data from their global customers without any informed consent

The global governance of such systems is disjointed, to say the least. In China, large tech companies and the state enjoy a close relationship when it comes to using people’s data, each benefiting from the other. In the US, the four tech giants (Google, Amazon, Facebook and Apple) collect massive amounts of data from their global customers without any informed consent, and no national rules to prevent them from doing so. In both cases, national tech infrastructures and research agendas benefit from the harvesting of citizens’ data.

In stark contrast, Europe is focusing on building a sustainable, locally driven, regionally rooted and inclusive model to protect its citizens and their data – and is using its powers for the public good. The European Commission is preparing a strategy on digital innovation hubs (DIH) that is consistent with broader interventions for smart cities and communities as urban data spaces.

But how can we establish an effective network with the implementation of digital rights in cities and rural areas? How can we increase efforts among cities and communities for the take-up of ethical, human-centred and secure AI in areas of public interest?

A coalition for digital rights

In February 2020, the European Commission released its European data strategy. This outlined a plan to create a single market for data within the EU, with an "attractive, secure and dynamic data economy" with investment in tools and infrastructure and clear and fair rules on use and privacy.

Barcelona has played a leading role in the construction and delivery of data policy. In 2015, a team from Barcelona City Council established a series of core strategic functions required to manage the use of data: guidance, advocacy, operationalisation and exploitation. A direct outcome of this initiative was the Cities Coalition for Digital Rights (CCDR). Led by Barcelona, along with Amsterdam and New York, the CCDR movement spread quickly across the world and now consists of 41 cities worldwide.

However, while the ambitions of local administrations to establish shared digital rights and develop digital policies are gaining momentum, there are frustrating limitations. Developing and analysing code is an expensive undertaking. And while the end result will ultimately benefit the coalition, there is little incentive for a local authority to be the first to invest in such an exercise.

Even for those willing to take the first steps, the talent available to develop such systems is rarely eager to work for bureaucratic councils when big tech companies are offering much better career development opportunities. Can cities work together in implementing digital rights effectively and for the direct benefit of their citizens? Is the European public sector ready for this roadmap?

There is a clear and urgent need to align European data ecosystems with social and public good and democratic choice. Barcelona created a strong platform, and the CCDR shows an eagerness to build on these foundations.

For this embryo of data ecosystems to grow, a consensus of three nurturing priorities has emerged:

There are already organisations and projects where cities and regions can collate their points of view. These include Eurocities, a network of 140 local governments from 39 countries that aims to further economic, political and social development within its member countries. The Replicate project is leading a new way to understand replication strategies among cities through city-to-city-learning programmes. But the specific techno-politics of data science need expert, alternative arenas, and diverse critical voices to connect to European policy makers and drive the research agenda.

There is a lack, particularly in continental Europe, of guidance and applied research in policy

There is a lack, particularly in continental Europe, of guidance and applied research in policy, especially in cutting-edge areas such as AI, data spaces, behavioural analytics and digital transformations. Much of the problem lies not in the existing capacities, but in the financing of these activities with a neutral non-partisan view.

European regions should benefit from capacities in AI, analytics and modern software development. Without the ability to mobilise this expertise, data infrastructures and institutions will not be created, and the associated benefits will not be reaped. Public or private pan-European agencies (or a partnership of both) offer the best solutions to promote open-source code, share models and create standardisation.

Public or private pan-European agencies (or a partnership of both) offer the best solutions to promote open-source code, share models and create standardisation

Particularly important is a renewal of the centuries-old structures of governance that lack the depth and capacity to respond to current challenges. A clear example of this has been the rise of offices of data analytics in which even medium and large cities lack the capacity to attract and maintain top-level data scientists and keep the offices competitive in such a fast pace changing environment.

An emerging remedy to address this gap has been to use data analytics groups from universities to provide this capacity to cities. In contrast to city offices, university groups not only compete for city contracts but lie close to knowledge generation. This case shows the way to a new kind of institution, the pan-European agencies that could bring competitiveness and new blood to local and regional governments – while strengthening the idea of Europe.

The challenges of twenty-first century data governance ultimately boil down to the renewal of European public structures. A renewal that cannot be addressed without protecting the digital rights of individuals, and strengthening the capacity of European cities and regions to self-govern with common data policies.

The fairness and future of European democracy relies on it.