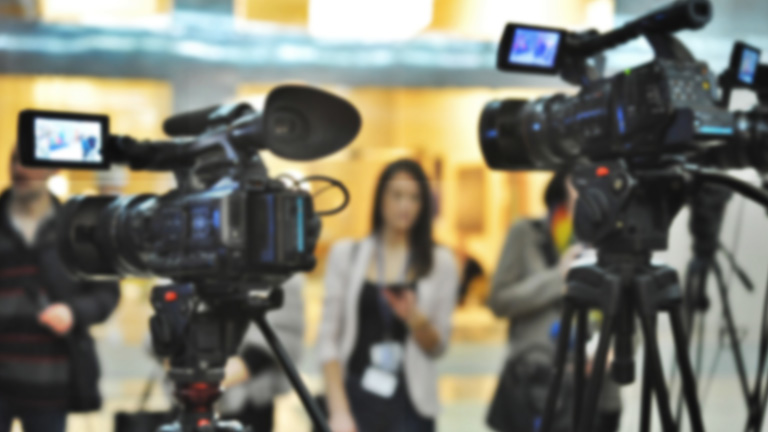 The European Media Freedom Act: a new age for journalism?

The European Commission has begun the process of introducing EU-wide regulations to safeguard the independence of European media and ensure freedom from political interference and conflict of interest.

The European Media Freedom Act will take the form of a Regulation, meaning its rules will be directly applicable across the European Union. Further recommendations for best practices, created in collaboration with media companies and other stakeholders, aim to support editorial independence within member states.

The Act sets out seven key areas to protect media impartiality and independence in the EU, including:

The combination of Regulation (a legal act enforceable in all member states) and Recommendation (non-binding suggestions) allows for an EU-wide regulatory framework, supported by further voluntary national self-regulation.

Breaches of the regulations can be brought before national courts, overseen by the proposed independent European Board for Media Services. The Board, comprised of national media authorities, will promote the effective and consistent application of the EU media law framework. It will also coordinate national regulatory measures regarding non-EU media that present a risk to public security to ensure that those media do not circumvent the applicable rules in the EU. In the case of serious breaches within member states, the European Commission can intervene and launch infringement procedures.

The Act comes with a package of measures worth €17 million, including grants for local and regional media innovation, a rapid response mechanism and emergency support fund for journalists and media organizations under threat, and a collaborative and investigative journalism initiative to provide media outlets and journalists with resources and infrastructure.

The Commission’s third annual Rule of Law report, published in July, highlighted the threat to media pluralism and the safety of journalists in EU Member States. And, for the first time, the report contained country-specific recommendations, with 16 member states singled out for improvements in media regulations.

“A free and pluralistic media environment is key for the rule of law, democratic accountability, and the fight against corruption,” the report noted.

The European Federation of Journalists (EFJ) welcomed the recommendations: "The report shows that the protection of journalists, the independence of public media or regulators, and media pluralism are deficient in more than one or two European states,” said EFJ President Maja Sever.

“This is a worrying alarm signal. Too many EU member states remain passive in the face of deteriorating working conditions for journalists and the decline of press freedom.”

The proposal is based on extensive consultation with stakeholders, including a public consultation and a call for evidence. Speaking during the launch of the consultation, EC Vice-President for Values and Transparency Věra Jourová said: “Media are a pillar of democracy. But today this pillar is cracking, with attempts by governments and private groups to put pressure on the media.

"Journalists should be able to do their work, inform citizens and hold power to account without fear or favor."

In its consultation submission, The European Broadcasting Union welcomed the initiative, saying: “Our submission makes the case for comprehensive and principle-based EU action, which respects the delicate balance between single market objectives and the importance of national competencies to shape specific media pluralism and independence, social and cultural issues.”

The European Publishers Council (EPC) took a decidedly different stance, declaring in its submission that it was “naturally opposed to any attempts to curtail editorial freedom and would regard any legislative interference with editorial policy as censorship.”

Since the publication of the Act, the EPC has revised its position slightly, calling the proposals “bold and ambitious” but warning: “There is a fine line between establishing principles and safeguards to underpin press freedom and state regulation of the press. It is essential that the new Media Freedom Act does not cross this line, endangering press freedom in the many member states where it flourishes."

The EPC has pledged to work with legislators to develop a workable framework.

The EC insists that, rather than act as a vehicle for censorship, the Act will strengthen editorial freedom and protect media companies from “unjustified, disproportionate and discriminatory national measures” and allow them to benefit from “fairer and more transparent allocation of stage advertising expenditure.”

“This common set of rules for all EU media players will allow for greater legal certainty and more predictability in media market concentrations, making it easier for media market players to expand their operations across the European internal market,” it says.

“Media companies will be able to benefit from fair competition and better return on investment in the digital environment through, for example, new audience measurement transparency rules and new safeguards concerning content removals on very large online platforms.”

But, it adds, with new rights come greater responsibilities.

“The Act includes some specific requirements for media providing news and current affairs content, as these media play a particularly important role in informing citizens and shaping public opinion.

“First, those media have to be transparent about their ownership. This requirement builds on existing EU legislation applying to companies in general (company law and anti-money laundering rules).

“Second, those media shall also take the measures that they deem appropriate with a view to guaranteeing the independence of individual editorial decisions and to disclosing any actual or potential conflict of interest.

“The media have full freedom in deciding which measures are the best fit according to their business model, size, and other specificities. However, in order to bring more transparency and trust, and in the public interest, the Act requires them to take those important principles — transparency related to owners, actual or potential conflict of interest, and the independence of individual editorial decisions – into account.”

The European Media Freedom Act is one of a series of measures from the EU designed to safeguard democracy and support media freedom, as set out under the European Democracy Action Plan.

Other recently adopted proposals include the Recommendation on the protection, safety, and empowerment of journalists, the Directive to protect journalists and rights defenders from abusive litigation (anti-SLAPP package), the Media and Audiovisual Action Plan, and revised copyright rules.