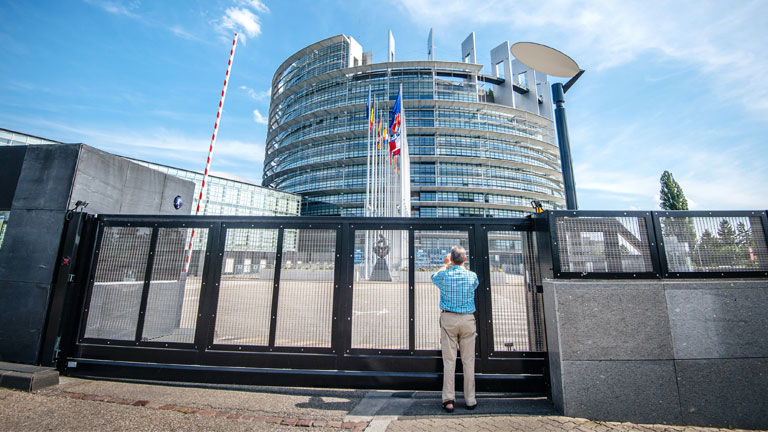 The concept of European strategic autonomy is attracting much attention. But what does it mean exactly? Nathalie Tocci, director of the Istituto Affari Internazionali and special advisor to EU High Representative, examines the role of strategic autonomy in the European Union, how it works, and why we need it.

Nathalie Tocci was a guest lecturer at the 2020-2021 Esade MBA, in the course Global Governance in the 21st Century, led by Javier Solana. The insights shared in the video above were extracted from her lecture.

The concept of European strategic autonomy is attracting much attention. But what does it mean exactly?

Like any good student who did high school studies in Southern Europe, I got a thorough grounding in the classics and I have some memories of my Greek studies. You can see what this autonomy means by looking at the etymology of the term: auto – self, and nomos – law.

Essentially, it wants to convey the idea that the self (Europe, the EU) should live by its own laws (domestic, European and international laws). In a sense it’s a fairly clear term in its meaning, and yet it is often confused with other words. Some people talk of European sovereignty, others confuse it with the idea of independence, others still think this is about unilateralism, and others even think it’s about autarchy. I think it is important to go back to basics and say that autonomy means autonomy, none of those other things.

European strategic autonomy wants to convey the idea that the self (Europe, the EU) should live by its own laws (domestic, European and international laws)

Why do we need strategic autonomy in the EU?

In all honesty, up until a decade ago, there was less of a need for the EU to be autonomous, because we lived in a liberal international order that was based on the power of the US. During the Cold War that power was confined to the free world, and after the fall of the Iron Curtain, it expanded worldwide.

Premised on the hard power of the US, we, as Europeans, could indeed live by our laws and we didn’t have to scratch our heads about it. We not only lived by our laws internally, but also made a big deal of promoting them. This was a time when we thought of the European Union as a normative power that shaped norms, rules and practices in its own image. I’m afraid that world is gone because of the fundamental shifts of power in the international system.

The US remains the world’s strongest superpower, but it’s clear that the 21st century will be defined by a form of multipolarity or a form of new bipolarity between China and the US where other power centres, such as Europe or Russia, will be pulled in one direction or another given that this new bipolarity is going to have political and ideological connotations in a way that is not fundamentally different from the Cold War.

Is strategic autonomy only about the EU’s security and defence capabilities?

Suddenly the idea of autonomy was no longer only something that had to do with security and defence, but finance and the international role of the euro. Then it expanded to other areas. It was already a topic that was relevant, for instance, in energy terms. Today we don’t tend to talk about energy in these terms anymore, but a few years ago, the energy discussion was about energy security. And the idea of pursuing energy security translated to the idea of diversification.

If you diversified your sources, you would be more autonomous. And therefore you have to do this in order to not depend excessively on certain supplier countries. Already we had this energy dimension that had to do mainly with Russia. It then acquired a dimension that had to do with cyber and digital security, as we realised that China was not the teddy bear we imagined it to be.

All of a sudden, we start seeing the expansion of this concept to different policy areas in response to the fact that the world around us is changing. And we get to this new political and institutional mandate which puts this notion at the forefront. It says that “this is a geopolitical Commission”, “a Union that wants to speak the language of power”, a union that says that we have to develop the attributes of autonomy, because the world around us is a riskier, messier and more connected place.