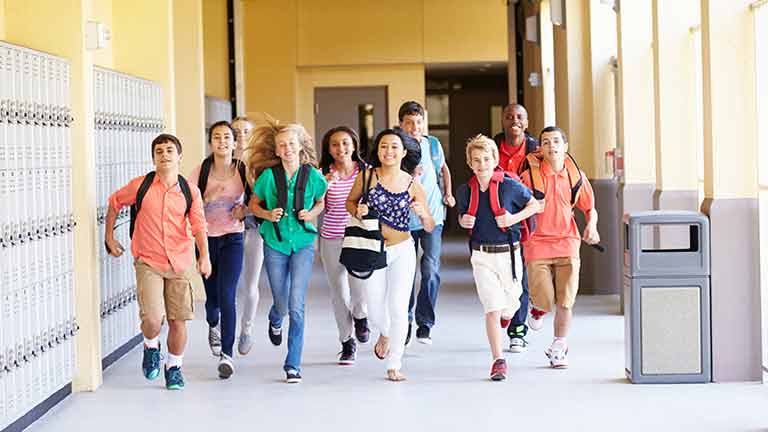 Fighting for the Right to Safe Education: the Growing Danger of Attacks on Schools

In May 2020, the United Nations General Assembly adopted a formal resolution to make the 9th of September each year the International Day to Protect Education from Attack.

Resolution 74/275 codified the right to safe education for all and reaffirmed previous resolutions to provide inclusive and equitable quality education at all levels.

The language within the resolution is strong: it expresses “dismay at the aggravation of attacks on educational institutions, their students and staff” and profound concern “about the growing number of attacks and threats of attacks against schools.”

It notes the “grave impact of such attacks on children’s and teachers’ safety,” and is “deeply concerned that school-related violence against girls, including sexual violence and harassment on the way to and from and at school, such as violence perpetrated by teachers, continues to deter girls’ education.”

The Education Under Attack 2022 report from the Inter-agency Network for Education in Emergencies says attacks on education and military use of schools increased by one-third in 2020 compared to 2019, and remained at the same rate in 2021. And, while the number of people harmed in educational attacks declined by half in 2020 – when many schools and universities were closed due to the pandemic - they doubled in 2021.

“In 2020 and 2021, the Global Coalition to Protect Education from Attack (GCPEA) identified over 5,000 reported attacks on education and cases of military use of schools and universities,” says the report. “Over 9,000 students and educators were abducted, arbitrarily arrested, injured, or killed in these events.”

Explosive weapons were used in around a fifth of the attacks covered in the report, including targeted air and ground-launched attacks, landmines, and other explosives. In Afghanistan, explosive weapons killed or injured at least 185 students and educators, nearly all of them girls, in the first half of 2021 alone – a figure which doesn't include the loss of life caused by bomb attacks at schools in Kabul in early 2022.

The journey to and from school is often used to target children for recruitment into military and non-state forces, sometimes forcibly. During the pandemic-related closures of schools, empty buildings were occupied by forces and used to store military equipment and explosives, as well as act as recruitment centers for children and young adults

A further 56 countries were identified as experiencing attacks on education that were not conflict-related, including France, Greece, Italy, the United States, and the United Kingdom.

The Education Under Attack reporting period took place between 2020 and 2021 and its figures on Ukraine report a reduction in attacks on educational establishments during that time. However, figures compiled in June 2022 by Save the Children suggest that twice as many schools were attached in the 100 days preceding the publication of the information as in the last seven years of the conflict.

“One in every 10 schools that came under attack this year was completely destroyed, and more than half of the 1,708 schools that were damaged were located in eastern Ukraine," the press release reports.

According to Ukraine’s Ministry of Education and Science, as of May 28, 1,888 education institutions have suffered bombing and shelling, with 1,708 damaged and 180 (10.5 percent, or one in 10) destroyed. The press release points out that these figures have not been verified by the UN.

Defending the right to education

International days are increasingly used to raise awareness of diverse subjects from birds and bees to mental health, diabetes, autism, and even toilets. These global marketing campaigns can be useful prompts to undergo life-saving health checks, engage with local or international issues, or even plant more wildflowers.

But occasions such as the International Day to Protect Education from Attack are essential reminders that even fundamental rights that many of us take for granted, such as access to safe education, require attention, resolve, and action if they are to be available to all.