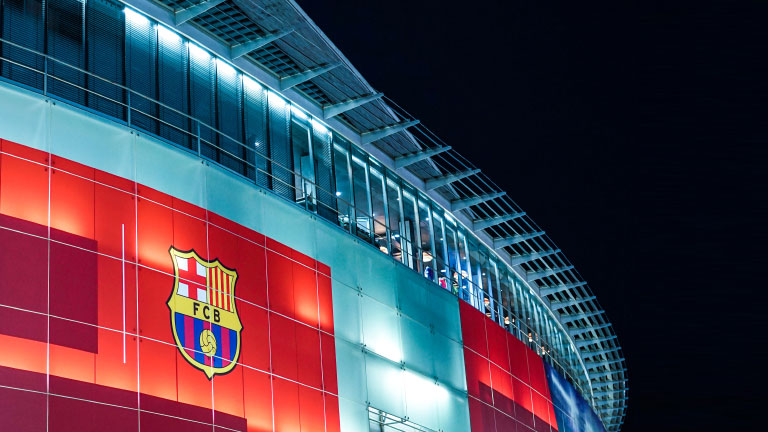 My aim is to examine another move that is related to management. This move is about City Football Group’s internationalisation strategy and its management model, a project led by Ferran Soriano. I recently had the chance to speak again with Ferran at an Esade Alumni conference in Barcelona on the future of football.

Ferran has managed two big clubs in the football industry: the first, when he was financial vice-president at FC Barcelona (2003-2008); and the second, in England from 2012 as CEO of City Football Group (CFG).

Managing two of the world’s great clubs – Barcelona and Man City – means Ferran has gained an exceptional level of experience in the football industry.

His first step – as he describes below – left him with an unforgettable introduction to the world of football management:

"On 16 June 2003, the day after I and 17 others were elected to FC Barcelona's Board of Directors, and also my thirty-seventh birthday, we went to the club's offices to start preparing the transfer of powers that would take place over the following weeks.

"That was the day one of the previous club managers at Barcelona said to me: 'Let me give you a word of advice; boy, don't come here expecting to introduce great management techniques or wanting to use your common sense or business logic. Football is a different story. All that matters here is whether or not the ball goes into the net. If it does then everything is fine, but if it doesn't, it's all a disaster. It's all down to luck'."

This quote is taken from the beginning of his book entitled Goal: the ball doesn’t go in by chance (published by Palgrave, 2011) in which Ferran Soriano shares the logic, common sense, and management tools he used while managing FC Barcelona.

His book shows that hard work, talent and ability is required to manage – and that the ball doesn’t go into the net by chance.

He argues that the great innovations and leaps forward in an industry like football are made by those who know how to observe and analyse reality – and who can then offer a new approach with new products and services, or develop new business models. It is an unusual book because it discusses football and management at the same time – but it is a good read and has stood the test of time.

During 2003, as the financial vice-president at FC Barcelona, Ferran worked on creating a strategy to return the club to the elite of world football and attract the attention of the media and fans worldwide. In the end, the most revolutionary strategic option was chosen. The strategy called for simultaneously cutting costs, restructuring debt, investing in improving the product – the team – and internationally projecting the club to win media attention and prestige.

The result enabled more earnings thanks to enhanced sponsorships, television rights, and merchandising. It is the strategy of the "virtuous circle."

Brand positioning was based on spectacular football and social commitment (summarised by donations to UNICEF and the phrase "Barcelona is more than a club").

The management model, especially during the first season when Ferran was also general manager, was built on accelerated change with a rigorous implementation of projects.

As a result, in the period 2003-2008, FC Barcelona was the fastest-growing football club in the world – with turnover jumping from 123 to 309 million euros and the UNICEF logo proudly on the team shirts.

From the management perspective, the turnaround was masterminded by a generation who were prepared to give "the best years of their lives" to their beloved Barcelona and were known in the club as the "PowerPoint People."

I wrote a case study with Esade Professor Pedro Parada about those years at FC Barcelona and invited Ferran Soriano to come and discuss the case with our students.

After a few years we decided to add more spin to the course, and so we organised a competition. Ferran visited on the first day of class, we all discussed the case, and the students were given a challenge: design an internationalisation strategy for Barcelona that included a proposal for target countries and a business model for market entry.

When the students submitted their proposals on the last day of the course, we noticed two significant tendencies:

What happened in class, also happened in the FC Barcelona boardroom when the internationalisation options were analysed: proposals to launch New York City and Miami as MLS league teams were dropped.

When Ferran Soriano returned to football and joined Manchester City in the English Premier League in 2012, he was returning to an industry that had made extraordinary progress – but several management challenges were still pending.

The club had launched highly innovative strategic internationalisation initiatives in 2015 with the launch of New York City Football Club in the MLS (a joint venture between Man City and the New York Yankees) – and with the creation of CFG to develop the "City" brand in the international football industry and exploit commercial opportunities and synergies.

Ferran is CEO of CFG, a group of teams that until recently included seven football clubs from five continents (Manchester City FC in England, New York City FC in the US, Melbourne City FC in Australia, Yokohama F. Marinos in Japan, Club Atlético Torque in Uruguay, Girona FC in Spain, and Sichuan Jiuniu FC in China) and with football-related businesses in 12 nations.

This is a new organisational model that can offer sponsors – whether Nissan or SAP – a global presence alongside a local presence with centralised commercial and sports services.

On the 27 November 2019, the Financial Times announced that the American investment fund Silver Lake had agreed to buy ten percent of CFG for 500 million dollars (454 million euros). The operation valued the group at 4.8 billion dollars (4.4 billion euros) and made it the most valuable sports club in the world.

The Abu Dhabi United Group, the investment fund chaired by Sheikh Mansour bin Zayed Al Nahyan, continues as a majority partner of CFG with a 77% holding. China Media Capital had paid 400 million dollars (378 million euros of the time) for 13% of the shares in late 2015. Therefore, this new investment by Silver Lake meant that the value of CFG had increased by 60% in just three years.

Egon Durban, CEO of Silver Lake, justified the investment by explaining that CFG is: "redefining football worldwide and has built an impressive global football club platform in cities on five continents."

Commenting on the announcement, Khaldoon Al Mubarak, chairman of CFG said: "We are delighted by both the validation that the Silver Lake investment in CFG represents, and the opportunities for further growth that their partnership brings."

The official press release indicated that no current shareholders had sold their equity and this new cash injection would go entirely to "further accelerate growth opportunities and technology and infrastructure assets."

The next day (28 November) Ferran Soriano was in India to announce agreement to acquire a 65% stake in Mumbai City FC: the eighth CFG team and another step in the group’s internationalisation.

Entering the league of one of the most populous nations in the world is a new stage in a journey – that of management and strategic decisions – to build a differentiated growth proposal with a global football platform.

I don’t know what the title of Ferran Soriano’s next book will be – but I am certain that achieving a global positioning for CFG in the football world hasn’t been a question of chance.