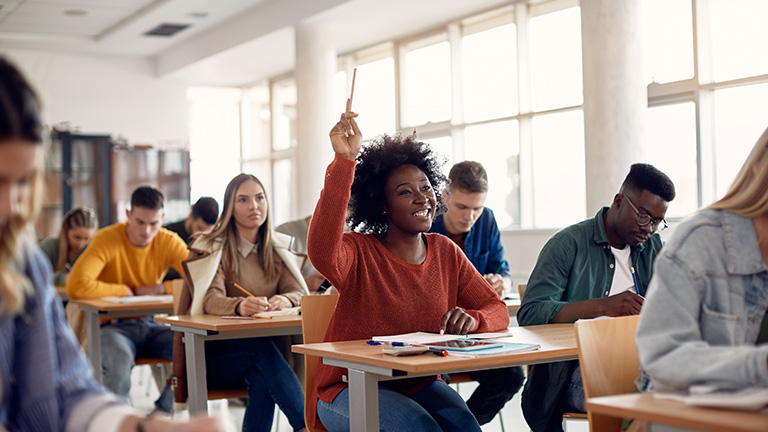 The formation of Muslim Students

Within the framework of an international debate on formation and religious diversity held at Esade ("Jesuit Student Formation and Religious Diversity"), Do Better had the opportunity to explore the perspective of Amir Houssain, Chair and Professor of Theological Studies at Loyola Marymount University. In this interview, Houssain shares his reflections on the formation of Muslim students. 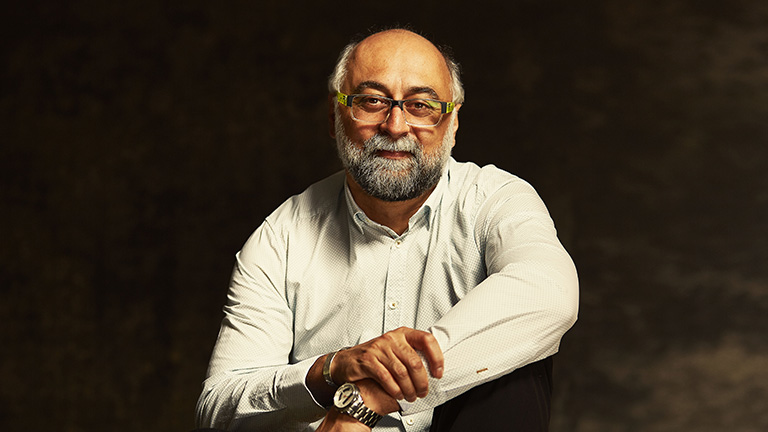 DoBetter: In today's world of growing mistrust between the West and countries such as Russia, China, and India, dialogue between cultures is essential. What can spirituality contribute to this dialogue?

Amir Hussain: Spirituality is essential. China is officially communist, but many religious traditions are practiced there. In India and Russia, religion plays a key role, as it does in the West, especially in North America. Religion and spirituality are part of the identities of people around the world, and we need to engage with them.

DoBetter: What is the relationship between spirituality and training?

Amir Hussain: Like any skill or art, spirituality needs work. No one is born a great artist, and Andres Iniesta did not emerge from the cradle dribbling a football. That artistry takes years of practice and dedication. We also need to train people about spirituality and religion, just like we need to train them to play football or become great chefs.

DoBetter: How does the Society of Jesus in the USA deal with this relationship?

Amir Hussain: The Jesuits, or the Society of Jesus as it is commonly known in the USA, has been dealing with this relationship for centuries. It offers great educational opportunities for both children and adults, with fine Jesuit schools for all ages. I happen to teach in a Jesuit university where there is an emphasis on faith formation. Students take courses in theology, and there is a highly active campus ministry. We offer numerous opportunities for students to grow in their spirituality. Our Office of Mission and Ministry is available to all students and not just Catholics. We have an active Office of Muslim Student Life, as well as an active Office of Jewish Student Life.

Amir Hussain: Los Angeles, where Loyola Marymount is located, is the most religiously diverse city in the world. It has the largest Catholic archdiocese in the USA, the second largest Jewish population in the country, and is the best place in the world to study Buddhism. Our students are diverse in all ways (religiously, ethnically, racially, and economically). This enables students to interact with people who are like them, but also with those who are quite different to them. We also have a growing population of international students, so our American students get a sense of the world. We help students better understand each other and diversity. This also comes from our other founding religious orders. The “Marymount” in our name comes from the Religious of the Sacred Heart of Mary (the RSHM Sisters), and we also count the Congregation of St. Joseph of Orange (the CSJ Sisters) among our founding orders. All three, the Jesuits, the RSHM Sisters, and the CSJ Sisters, emphasis the ecumenical and reach out to all students. As noted above, we have Muslim and Jewish students cared for by our Office of Mission and Ministry, and we also have an active interfaith council for students from other religious backgrounds.

DoBetter: Muslim students have distinct characteristics and are an increasingly common profile. Should their education be approached differently in an organization with a Christian tradition?

Amir Hussain: It depends on where they are. In the West, most Muslim students know something about Christianity since it is the dominant culture. By contrast, most Christian students do not know much about Islam and Muslims. Muslim parents send their children to Jesuit schools because they are excellent schools. For example, the best university in Lebanon is Saint Joseph University, a Jesuit university. Muslim students often may not know much about their own religion, in the same way that someone born into a Catholic family may not be familiar with the history and teachings of the Catholic Church. They learn about that at school. Another interesting issue is the diversity of Muslim students, some coming from countries like Saudi Arabia or Kuwait, where they are in the majority, with others coming from minority settings like the USA. To be a Muslim in America, where you are in the minority, is quite different from being a Muslim in Kuwait, where Islam is the dominant religion.

DoBetter: On a personal level, how does a Muslim live his religion in California? Does it differ from how he or she would live it in another US state?

Amir Hussain: California has a large Muslim population, with many mosques and Islamic centers – unlike places where there are few Muslims. There are also major national Muslim organizations like the Muslim Public Affairs Council which are based in Los Angeles. There is a huge Muslim diversity, with Iranian Muslims (who are Shia), South Asian Muslims, Turkish Muslims, African American Muslims, and so on. There is a large Latino Muslim community here, La Asociación Latino Musulmana de América, or LALMA. As a result, it is often easier to be a Muslim here than in other US states.