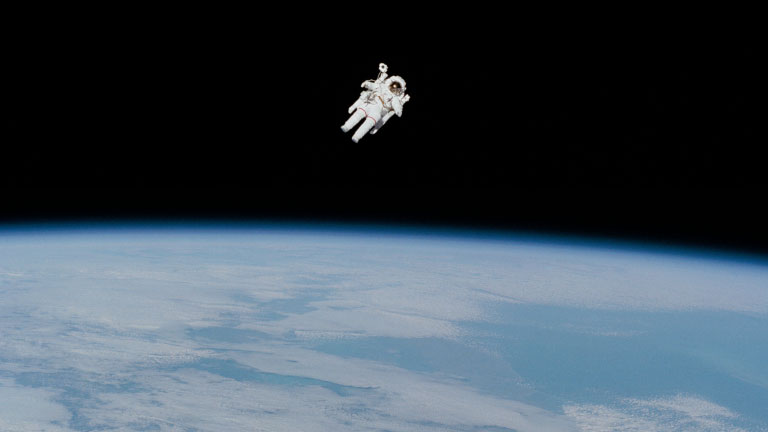 Science happens through networks. Today, whenever we push back the boundaries of human knowledge, this is immediately communicated through global connected networks, spreading at the speed of light to the entire scientific community, which then builds on it in real time.

I feel passionate about the advancement of science as a forerunner to technological development and subsequent economic and social progress. We are in the middle of an unprecedented technological revolution.

While looking into new scientific advances, I recently came across a Google Talks conversation with Carlos Frenk, one of today’s most important cosmologists and Director of the Institute for Computational Cosmology at Durham University.

According to Frenk, “today there are more scientists alive than dead.” In other words, there are currently more researchers on the face of the Earth than all of those who have passed through the history of mankind. And all of them are connected, pushing the limits of human knowledge at speeds never seen before and generating new advances thought to be impossible until very recently.

But Carlos Frenk’s talk about the cosmos (and others I have recently seen on the same topics) has got me thinking about fundamental questions – ones that may never be resolved. It has inspired me to go back and look over some of the fascinating questions that science has yet to resolve. Deep questions that lead to equally deep reflections. For example:

1. Why does the universe exist?

Why do entities such as time, space, matter, energy or light exist? Why is there something instead of just nothing?

If there is a universe (or several, or perhaps infinite), why in ours – and specifically on a remote planet called Earth in a backwater galaxy called the Milky Way – did life originate? Why do a set of inert chemical compounds suddenly combine and self-replicate?

To do this, they need to get hold of and transform external resources, which pushes them to compete and specialise. And, over 4 billion years of trial and error in copying the basic life code (DNA), life inhabits almost all of the planet’s ecological niches.

Our existence defies the laws of statistics

We are the result of trillions and trillions and trillions of coincidences all coming together. The probability of our existence is virtually zero. Hundreds of thousands of ancestors have had to reproduce one after the other, with endless genetic possibilities at every step, to produce the end result: us. Our existence defies the laws of statistics. But would a lifeless universe make any sense? Would a universe make sense without anyone or anything that perceived it? Would that universe even exist?

3. Why is consciousness generated?

The universe exists. There are life forms. There are humans, with an incredible biological computer in their cranial box: the brain – the most sophisticated machine that evolution has ever created. But that machine is nothing more than a cluster of 100,000 million cells called neurons, each of which is, by itself, unconscious.

And yet, out of nowhere, from the connected sum of inconsistencies, consciousness arises paradoxically and surprisingly. A cluster of cells – living matter formed of inert matter – generates a self. This self realises that it exists, and that there is a context to "I". Are we biological algorithms? Are we cellular machines? Or is there something superior, intangible and perhaps immortal called a soul?

Because if we are only biological machines, in less than two decades from now, scientific and technological progress will be able to create digital machines with a higher density of connections than the brain itself.

Will a consciousness then emerge from those machines? Will machines become self-aware? Moore’s law may one day explain whether we are simple machines, or whether no machine will ever be like us.

4. Why do universal laws exist?

The entities that make up the universe (fundamentally time, space, energy, mass and light) are related by immutable, universal and surprisingly simple and beautiful mathematical laws. The laws of gravity and relativity, for example – Einstein himself came to the theory of relativity through intuition rather than evidence or empirical measurements (these came later).

The time, space or mass of a particle depends on its velocity. Einstein imagined that it had to be like this, because it fit into an elegant and coherent theory that explained the functioning of the universe. He set it out in mathematical equations, and sure enough, he was right.

Surprisingly, not only can we explain the universe with a series of mathematical formulas, but these are always fulfilled, everywhere. Moreover, perhaps the most unusual aspect is that they are understandable.

The universe could be chaotic or so complex that no coherent consciousness could explain it. The law of gravity could vary randomly every day. But that’s not the case – the universe is orderly and predictable. And what is more, we have the incredible ability to understand it.

Very deep questions indeed, and ones which I pondered after a fascinating visit to the Jesuit center of La Cova in Manresa, the origin of Ignatian thought. The visit gave me time to be by myself and a moment of transcendence, science, philosophy and reflection on questions that every executive should ask.