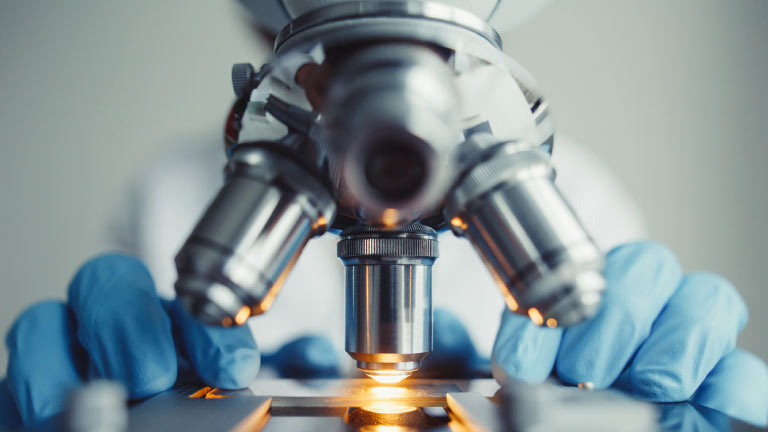 Technology transfer, a gateway to innovation

Often, we look for innovation beyond our borders, seeking revolutionary ideas through which we may grow or transform our business. All too frequently, we look at what our competitors are doing and how the market is evolving without realising that innovation – the real solution to our business problem – may already exist in the form of a paper or a prototype at a Spanish university or research centre.

According to the latest data from the Spanish National Statistics Institute, in 2017 there were 157,815 people in Spain engaged in scientific research and technology development activities. Can you imagine a company with an R&D team of 150,000?

This is the potential of technology transfer, understood as the capacity to bring scientific and technological breakthroughs to the market. Consequently, today, this concept needs to be high on the agenda of all innovation directors, who should pinpoint it as one of the main opportunities for innovation in their businesses.

A wealth of scientific production that doesn't reach the market

Spain confirms the well-known European paradox: Europe leads the field in scientific production, but finds it very difficult to transform this knowledge into industrial innovation. Let us look at some figures.

Taking the number of scientific publications as a yardstick, Spain produces 2.44% of all such publications worldwide. In 2018, it ranked 12th in the world with 96,517 publications, according to Scopus (Elsevier).

However, this prolific scientific production is not accompanied by investment in R&D. In this respect, according to the latest data available, in 2017 R&D investment in Spain totalled 14,063.4 million euros. Although this figure represents a 6% increase on the previous year, it falls short of the 14,701.3 million euros invested in 2008.

Technology transfer also showed a slight recovery in 2017.  According to recent data from the report on Research and Knowledge Transfer in Spanish universities, published by CRUE, in 2017 universities received 393 million euros in contracted R&D, 8.8% more than the previous year, but 84 million short of the figure for 2010.

In this context, in which a strong scientific research infrastructure stands in contrast to a market with little innovation, technology transfer emerges as a clear opportunity. In this respect, in Barcelona we have a pioneering initiative called The Collider, which we have launched at Mobile World Capital Barcelona. The Collider connects scientific knowledge with entrepreneurial talent to create highly innovative technology startups in sectors such as digital health, industry 4.0 and mobility.

Saalg Geomechanics is an example of one of this initiative's success stories. This startup, which joined The Collider in 2017, has developed software by the name of Daarwin, which uses geotechnical measurements and artificial intelligence to reduce the costs of public works by up to 50%. Saalg Geomechanics has succeeded in arousing the interest of Cemex Ventures. This has enabled the startup to launch the first commercial version of its software, and Ferrovial, Acciona, DB and OHL already feature in its customer portfolio.

Another notable example is RheoDx, which is developing a portable diagnostic device that detects anomalies in blood cells. From just one drop of blood, immediate results can be obtained at minimal cost.

The technology, patented in 2016, was developed in the Centre de Recerca Matemàtica (CRM) at the Autonomous University of Barcelona (UAB), and in the Faculty of Physics at the University of Barcelona (UB). RheoDx plans to begin to commercialise its portable device in 2021. In 2019, the startup has received financial support from the crowdfunding platform Capital Cell, Enisa and Startup Capital, securing 600,000 euros in funding.

Both these cases show how some research projects can be channelled to provide a solution that meets the needs of the market. Consequently, The Collider has aroused great interest in both the public and the private sectors, which have noted its enormous potential and capacity for innovation. Evidence of this can be seen in the €240,000 investment made by the Autonomous Government of Catalonia's Ministry of Business and Knowledge, as a result of which the number of working groups in The Collider will rise from 10 to 15 in 2019-2020.

The investment will also increase the impact of The Collider throughout Catalonia. This will be achieved by providing Catalan universities' Innovation and Transfer Units with advanced training to boost the entrepreneurial skills of the scientific ecosystem and facilitate the creation of spinoffs.

This third edition of The Collider also has the support of large corporations such as Novartis, which will take part in the selection of projects, technologies and entrepreneurs and assist with technology validation. Its involvement in the programme strengthens The Collider's commitment to the digital health sector.

First of all, the macro context is not conducive to reinforcing technology transfer in Spain. We refer here to an economic situation that has yet to recover, as a result of which the ratio of R&D spending to GDP is only rising very slowly, distancing Spain from the other European countries; and a volatile political landscape, with short terms of office that do not permit the implementation of cross-cutting measures with innovation and research policies that are stable and continuing over time.

Technology transfer presents itself as an extremely valuable opportunity for innovation

On the other hand, the role of private capital is also important, even more so in view of the fact that there is no small risk in investing in projects that are still at the research stage. Therefore, the design of policies and an incentive strategy for creating an environment that attracts this investment can play an essential part in driving technology transfer in Spain.

A duty that we cannot evade

Thus technology transfer presents itself as an extremely valuable opportunity for innovation. Pursuing a technology transfer strategy entails a commitment to local, prestigious, high-quality value. Therefore, taking advantage of all the scientific talent in Spain should be an obligation for all those of us who form part of the innovation ecosystem.

If we are successful here and scientific research can be transformed into real solutions for the market with their corresponding benefits, we will be able to feed funds back to the universities and research centres, which, in turn, will create more innovation. In this way, funds earmarked for R&D in Spain will spiral and we will be able to create a truly innovative market. Today, we stand before a unique opportunity that we cannot afford to miss.