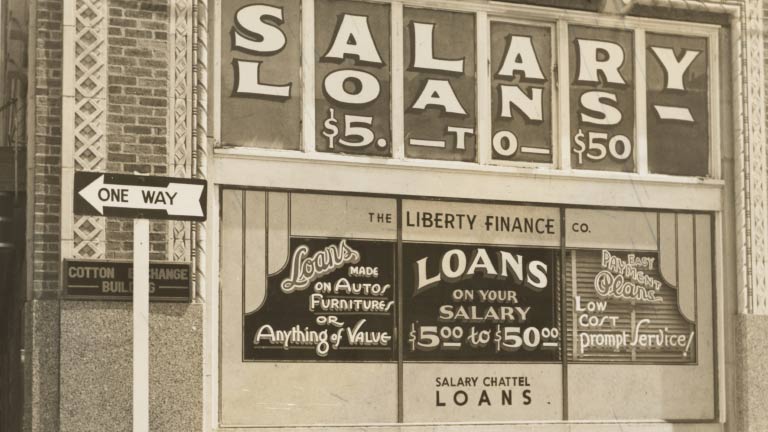 The quest for funding: key financing sources for entrepreneurs

When entrepreneurs decide to make their idea come true, one of the first challenges they face is the immediate need for funding. What sources of financing are most appropriate for my idea? How much funding do I need? Are my calculations of financial needs realistic? Can I get away without business angels or venture capital and just raise money from crowdfunding to start my business?

Depending on the business idea, each of these questions may have multiple answers. But there are key sources of financing that fit better than others depending on where the company is in the four-stage development cycle.

Each source of financing has positives and negatives

The seed stage begins with the idea for developing a new product or service. In most cases, the company has not yet been established, but its founders have identified an opportunity and are willing to devote time to it. They will try to validate their idea, produce a first prototype and reach the market.

At the very beginning, the first source of financing will be the founders' own savings ("bootstrapping"), perhaps with some support from friends and family, also known as the "three Fs" (friends, family and fools).

Support from the three Fs is very important, as they are the people who know the founding team best. This support is a positive indication for other investors. Having some "skin in the game" will signal to seed investors that the owner and those around her believe in the venture.

In the seed stage, other sources of financing available to new ventures with high growth potential are incubators, accelerators, business angels and government funding.

Incubators and accelerators mainly offer support to move from idea to prototype, culminating in a demo day for investors, as opposed to merely capital.

Government programmes refer to grants, subsidies, tax benefits or loans that governments provide to support and stimulate entrepreneurship and innovation.

By this point, the company is already selling its products or services or, at the very least, has some customers. It will remain in the startup stage until it reaches break-even, which is the stage at which the startup is able to cover all its costs. The company will then no longer need additional external financing and will be sustainable.

Each source of financing has positives and negatives. Entrepreneurs should carefully weigh the different implications of bringing new equity partners on board. Sometimes, the best source for the startup is not the best for the founders, as they may have a different timeline and goals.

The growth stage starts once the company has reached break-even and is becoming profitable. It may not be generating large profits yet, but it is no longer losing money. Additional funding can be raised, but now banks may come into play, as the company will most likely meet the credit control requirements.

In the growth stage, more forms of funding become available. Trade credit provides a form of spontaneous funding by allowing the entrepreneur to pay later for goods already obtained. Trade credit is a vendor loan, typically without interest but coming at the expense of foregoing a discount that could be obtained by paying earlier.

Factoring works the other way around: accounts receivable are sold to a factoring company for a discount on the face-value of the money that should be received in due time. For example, imagine a venture sells its accounts receivable of €100,000 to a factoring company for €80,000. The venture obtains the benefit of receiving the money immediately and without debtor risk, but it comes at the expense of selling it at a discount.

Sometimes, the best source for the startup is not the best for the founders, as they may have a different timeline and goals

Mezzanine capital is a hybrid form of debt and equity funding used by ventures that have built an established reputation and track record of positive cash flows. This form of debt funding for high-risk ventures provides a relatively high interest rate and allows the capital providers to convert their loan into an equity stake in the venture.

The maturity stage begins once the growth of the market or the company stabilises at normal rates. The company will not make large investments at this stage, will be carrying out business as usual and will try to maintain its current market share.

Private equity provides very large amounts of capital - potentially over €100 million – in return for a controlling stake in the venture and active involvement in operations. In times when a lot of money is available in the market, private equity might invest as early as in the startup stage, especially in companies in the category of "unicorns" (with a valuation of over $1 billion).

An initial public offering (IPO) refers to the first time that a formerly private stock is offered to the public. An IPO allows a company to raise lots of capital. This is the point at which private companies become public companies.

IPOs might be considered the most successful way of raising capital, as they allow previous investors in the startup to sell their shares and harvest a fruitful return. However, as with all the other sources of capital mentioned above, the company must evaluate the negative aspects associated with going public: pressure to deliver quarterly results, controls from the financial markets, the costs of being a public company, etc.

Depending on the stage of the venture and the entrepreneurs' own expectations about what they need from providers of capital, various options are available. It's not just about the money; it's about the "smart money" and the value added by the different investors.

This article is based on knowledge insights published in the book Entrepreneurial finance: The art and science of growing ventures (by Luisa Alemany & Job J. Andreoli).