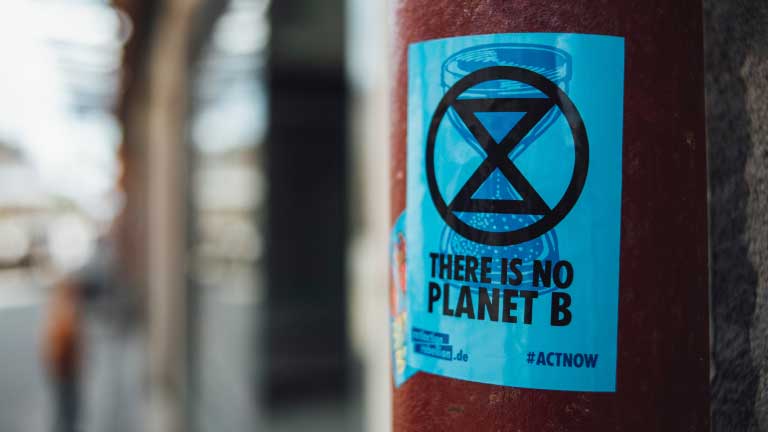 Why firms are unable to think about future generations

... but should focus on the next ones instead to save the planet.

Article based on research by Daniel Arenas

Humans are destroying the planet – it is a scientifically-documented fact. What will the future be like in 50 or 100 years from now? Will the Earth be sustainable for future generations? Firms play a crucial role in making the world a more sustainable place (or destroying it).

So, if firms need immediate results to create shareholder value, how can businesses take a more ethically responsible approach to the future? "We argue that businesses need to stop thinking about the vague concept of future generations and focus on the most immediate next generations instead," says Arenas.

How can one expect managers to take into account obligations for people living in the year 3415?

The article argues that when a business thinks about the next generations (that is, those that either overlap or come shortly after the present generation), the barriers to moral behaviour are considerably lower and motivation grows.

"The next generations can act as a better motivator to incentivise managers and firms to engage in pro-sustainability behaviour," says Arenas. For instance, when managers face dilemmas on the most immediate next generations (access to clean water, clean air and so on), stakeholders will have good reasons to consider that the firm cannot easily neglect its obligations to them.

"Global climate change in particular raises questions regarding inter-generational obligations, which make the debate on businesses' responsibilities even more urgent. We argue that business ethicists can make some progress in this area by focusing on the most immediate next generations," says Arenas.

4 potential pathways for a better future

The research proposes four potential pathways to help businesses raise their moral awareness and meet their obligations towards the next generations.

Firms that want to preserve their memory, identity and culture will be more successful if they keep in mind the next generation of employees and managers that will continue ongoing projects and sustain the organisation.

"Firms need to think about their future survival. Being indifferent to the future is morally reprehensible – one should attempt to leave the organisation in the best possible state so that the next generation can attain the firm's goals," says Arenas. "The sense of continuity through the various cohorts in the organisation is linked to a culture of responsibility."

Why should managers care about what happens to the firm when the next generation takes over? The answer is because most people are not indifferent to the actions and behaviours of others in the organisations they have worked for, even after they have left the company. In fact, firms that engage in fraudulent behaviour leave former employees with a mixed feeling of having lived a lie.

"As human beings have a psychological need for a meaningful life story, it is in everyone's best interest that the next generation taking over continues the projects and sustains the organisation they worked for," says Arenas.

Companies should not see stakeholders as important only in relation to the firm. Stakeholders are human beings who have special relationships with other people and also have a concern for their children's future. "So companies need to assume that their stakeholders would not willingly cooperate with the firm if they knew its actions would hurt their own children (and possibly grandchildren) and make it harder for them to lead a decent life."

Why do people donate blood even when the beneficiary cannot return the favour? Just as in the case of blood donations, there is a golden rule that claims that the present generation should treat future generations as they would like to have been treated by the preceding one.

Firms have benefited from institutions and individuals in the past, and from a general system of public goods, for which they cannot repay directly but for which they have an obligation to reciprocate indirectly. Providing benefits rather than harm for the next generations fosters a climate of cooperation among current employees and stakeholders, even if the returns are not immediate in the short term.