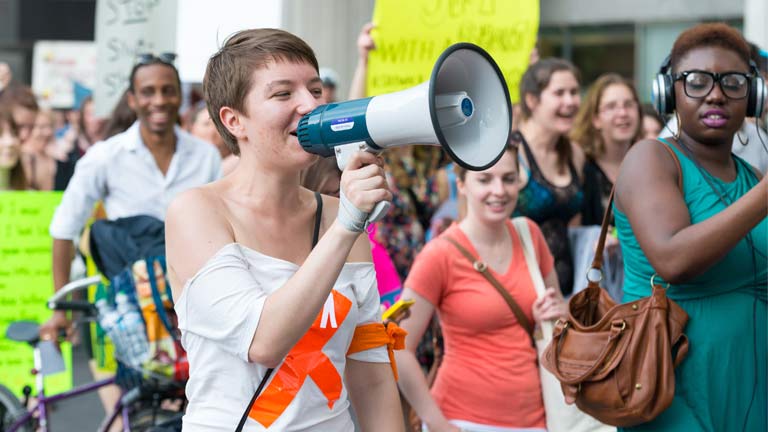 This article was first published in Spanish on IberICONnect

On 19 January 2021 the European Court of Human Rights finally issued another confirmation of its willingness to move towards real and effective protection of the right to self-determination with regard to gender identity, after years in which many of us came to feel disappointed with the failure to apply the valuable (and bold) case law established in the judgment A.P., Garçon and Nicot v. France, of 6 April 2017.

In the judgment on the case of X. and Y. v. Romania, in effect the Strasbourg Court reaffirms with (relative) clarity that it is a violation of Art. 8 of the European Convention for national authorities to condition administrative recognition of a person’s gender identity to his or her undergoing gender reassignment surgery.

The judgment resolves jointly the two partly overlapping cases of two persons of Romanian nationality, Mr. X. and Mr. Y., both of whom were born with female biological sex but recognised themselves as male during adolescence and thereafter lived by their true gender identity, eventually undergoing certain treatments such as, among others, psychological and hormone treatments and/or partial surgical procedures to make their body match their gender identity.

After many years living as men, both of them commenced the necessary court proceedings, in accordance with Romanian law, to obtain the modification of their personal details (first name and personal identification number) in the corresponding administrative registers, so that those details should also reflect their gender identity correctly.

However, the judicial authorities refused the relevant authorisations in both cases, stating that they required certification proving that these two people had successfully undergone a gender reassignment operation, in order to transform the two women into men also from a physiological viewpoint. Without this physical adaptation, the courts refused to authorise the gender reassignment in the register, on the grounds that stated gender and physical gender had to coincide.

All this was not only contrary to the recommendations that states in the European sphere have received on more than one occasion from European Union bodies and the Council of Europe (§ 89-90) but furthermore had no basis in Romanian law, none of the regulatory sources of which make the granting of authorisation for administrative change of gender identity conditional on compliance with this type of requirement.

The courts refused to authorise the gender reassignment in the register, on the grounds that stated gender and physical gender had to coincide

The European Court refers to its previous case law, according to which states have wide discretionary powers regarding the preservation of the principle of unavailability of personal status and to guarantee the accuracy and consistency of civil status; nevertheless, these powers are substantially restricted when there is recourse to protection ex Art. 8 ECHR, always in this matter, of the physical integrity of the person (Hämäläinen v. Finland, of 16 July 2014, among others). The gender reassignment surgery the Romanian courts required of the plaintiffs obviously affected their physical integrity. Therefore, this time citing the crucial doctrine contained in A.P., […] v. France, the ECtHR recalls that “any ambiguity surrounding the procedures for the legal recognition of gender is problematic where individuals’ physical integrity is at stake in the context of Article 8 of the Convention” (§ 161).

Despite these statements, the Court’s decision focuses on basing the violation of Art. 8 ECHR on “formal” grounds, namely, the circumstance that Romania was unable to justify the prevalence of the general interest of the state over the protection of the plaintiffs’ rights and interests. These statements do not serve to dispel the possibility of, at some time in the future, a state adequately arguing the grounds of general interest justifying the need to undergo gender reassignment surgery before the administrative change of gender identity, even if the possibility is a very remote one.

In fact, the violation of the right to respect for private life of the two plaintiffs is not found “only” in the lack of sufficient reasoning to justify the prevalence of the general interest of the state over the two plaintiffs’ right to the administrative change of their gender identity. Even though Romanian law does not set out the obligation to undergo reassignment surgery in order to be able to obtain the change of gender identity in civil registers, once again the public authorities of the state (in this case, as in others before it, the courts) have impeded a rapid and effective administrative procedure of gender reassignment, obliging private individuals to rectify also their biological sex and thus violating their right to self-determination with regard to gender identity.

To all this was added the risk of causing a violation also of the right to physical integrity of the plaintiffs, who would have been obliged to undergo unwanted and highly invasive surgery in order to obtain an outcome to which they were fully entitled.

In its case law the European Court has repeatedly stressed the need for administrative recognition of the gender identity of private individuals to be obtained by means of a clear, rapid, transparent, accessible and predictable procedure avoiding any kind of humiliation or suffering in transgender people, or even, I would add, any kind of obstacle to the attainment of administrative documents reflecting their true gender identity.

It would have been preferable, to my mind, for the Court to have stated and underlined with greater forcefulness the prohibition of any medical treatment placing transgender people in a position where they have to choose between, on the one hand, exercising their right to self-determination and gender identity and, on the other, protecting their right to physical and psychological integrity.

On the international and comparative scene we find an example in this regard in the recent Advisory Opinion OC-24/17, of 24 November 2017, requested by the Republic of Costa Rica. On that occasion, the Inter-American Court of Human Rights, after reflecting that rights to identity in general and that of gender identity in particular are closely linked to respect for human dignity, the rights of autonomy, self-determination and the free development of the personality, the sanctity of private life and even the right to freedom of expression (85-96), resolutely affirmed that procedures for requesting the recognition of gender identity, as an expression of self-determination, “should be based solely on the free and informed consent of the applicant without requirements such as medical and/or psychological or other certifications that could be unreasonable or pathologising” (127 and in the Decision, nos. 3 and 4).

If this were not sufficiently clear, the Inter-American Court pointed out that gender identity is not a concept that should necessarily be associated with physical transformations of the body (145). And that any administrative action concerning gender amendments of registers or documents (name change, change of the photograph and rectification of the reference to sex or gender) “cannot require supporting evidence of total or partial surgery, hormonal therapy, sterilisation, or bodily changes in order to grant the request or to prove the gender identity in question, because this could be contrary to the right to personal integrity recognised in Article 5(1) and 5(2) of the American Convention” (146).

The words of Javier Pérez Royo, spoken precisely with regard to the problem of discrimination against trans people, likewise imply that there are areas that fall within the scope of self-determination of the individual, in which the role of law must be to validate and guarantee legally choices that can only be made by each person in his or her inner self. Gender identity is, without any doubt, one of them.

It should be borne in mind that, as was also stated by the Inter-American Court in the abovementioned OC-24/17, the recognition of gender identity by states is “critical” to ensuring that transgender persons can fully enjoy and exercise fundamental rights and to protecting them from violence and discrimination in access to services such as health, education, employment, housing, etc. (101).

The above does not mean, as the European Court also recalls, that states do not maintain a margin of discretion to lay down the conditions to be fulfilled to access the administrative rectification of gender identity, in order to prevent the abusive exercise of the right to self-determination.

What needs to be avoided is for case law that is sometimes lukewarm when it comes to imposing homogeneous minimum standards to protect certain rights, on the basis of the principle of the margin of state discretion, ultimately becoming (involuntarily, of course, on the part of the ECtHR) a recourse or support for all those bodies of law in which the protection of the rights of transgender people is not real and effective.

In conclusion, it is to be welcomed that the Strasbourg Court has salvaged its bold case law established in the judgment A.P. of 2017, in the hope that it will seize the opportunity to re-endorse it in all those cases involving the exercise of the right to gender identity and the violation of the right to physical integrity, even when this violation is only potential. Because it is more than demonstrated that practice makes perfect.