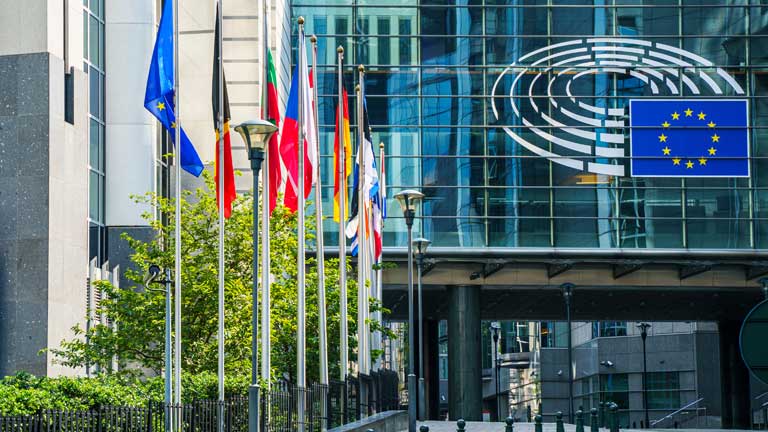 In 2021, the European Union’s pioneering Green Deal is increasingly gaining momentum, with policymakers scrambling to put flesh on the bones of legislation that is certain to mark a generation. In order to explore these policy initiatives in more detail, EsadeGeo – Esade’s Center for Global Economy and Geopolitics – hosted the 9th edition of its Global Annual Energy Meeting to explore “The geopolitics of the Green Deal” through four interconnected webinars.

“The geopolitics of the Green Deal” brings together two key European Commission priorities: the ambition to become the world’s first climate-neutral continent and to be a strong global actor. Already, the EU’s trailblazing steps towards climate neutrality have reverberated positively across the globe. Yet, the Green Deal and its related components may have further international implications.

EsadeGeo, together with the Representation of the European Commission in Spain and EIT InnoEnergy, gathered distinguished speakers from European institutions, think tanks, industry and international organisations to study these implications. The four webinars centred around key debates that are at the heart of the European Green Deal: the geopolitical angle, the prospects of a carbon border adjustment mechanism to tackle climate change and carbon leakage, the role of public and private finance, and the EU’s leadership in the hydrogen economy.

Session 1 – The geopolitics of the Green Deal

At our first event, Kadri Simson, European Commissioner for Energy, and Teresa Ribera, Vice-President of the Spanish Government and Minister for Ecological Transition and Demographic Challenge, discussed the impending transformations in the EU and the world as a result of the Green Deal. The session was introduced by Javier Solana, President of EsadeGeo, and moderated by Diego Pavia, CEO of EIT InnoEnergy.

The following points were made during the session:

As part of the Green Deal and the EU’s ambition to become climate-neutral by 2050, the Commission is expected to table a proposal for a carbon border adjustment mechanism (CBAM) for selected sectors – a mechanism that would apply a “carbon price” on certain imports to the EU.

The second session of the Global Annual Energy Meeting examined:

Session 3 – Financing the Green Deal: Private and public investment in the energy transition in the EU and abroad

Becoming the world’s first climate-neutral continent by 2050 will require significant public and private investment. In order to reach the EU’s new greenhouse gas reduction target of 55% by 2030, for instance, annual investment in the energy system – including new interconnections and capacity, building renovation and replacements of existing energy and industrial infrastructure – will need to be approximately €350 billion higher this decade than the previous one.

Participants in our third session discussed:

Session 4 – Hydrogen advances: The EU as a hydrogen leader

Hydrogen is at the top of energy agendas of late, and the European Commission has adopted a Hydrogen Strategy to develop and deploy low-carbon and green hydrogen technologies as a necessary step for the EU to become climate-neutral by 2050. Expectations are high, with hydrogen projected to be a key element to help decarbonise industry, transport, power generation and buildings.

The fourth and final session of the Annual Energy Meeting brought together perspectives from the think tank, international organisation, energy, and investment sectors on: