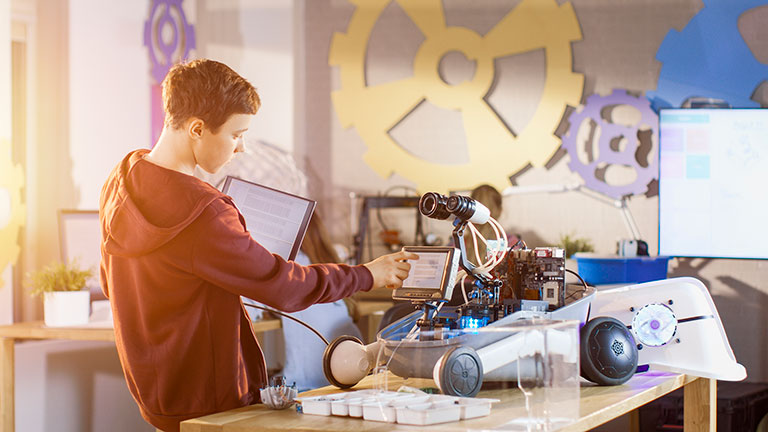 Grit: Success is determination over and above innate talent

What are the key factors that contribute to professional success?

In seeking to answer this eternal question, there were two turning points at the end of the 1990s. McKinsey's influential report “The War for Talent” was published and David Watkins (Softscape) coined the term “talent management”.

This increased professionalization of human capital management processes was highly positive, since it  accelerated careers, broadened professional options beyond the obvious possibilities and brought the very best out of many professionals.

Its philosophy is based on something that appears to be logical: outstanding (high-potential) employees are associated with higher productivity and sustained success.

However, reality has shown us that success is an accumulative process, in which determination (a mixture of passion, perseverance, courage and effort) is more important than valuable natural talent.

Unveiling the mystery of professional success

Why is it that, on many occasions, the students with the best grades or the candidates with the best resumes or the most talent fail to obtain the greatest success, or they even give up without completing their projects? Upon analysis, a convincing answer to this enduring mystery has emerged.

With her formula for success, Duckworth concluded that in order to achieve any long-term objective, determination, passion and perseverance are needed more than natural talent, intelligence or any other human capacity.

In other words, effort and determination are twice as important as innate talent when it comes to achieving something. Duckworth also showed that, with time and resolve, grit can be developed. This article outlines how to evaluate your Grit level.

This combination was defined as "grit" in 2004 by Angela Duckworth. Her bestseller “Grit: The Power of Passion and Perseverance” (published in 2016) was based on extensive research in ultra-demanding professional environments, such as leading business schools and West Point Military Academy.

Rafa Nadal provides one of the best examples of how grit leads to success in the medium term. He has had many serious injuries and he does not have either the powerful physique of Djokovic or the marvelous style of play and winning shots of Federer. His undeniable success is based on an overwhelming determination far superior to that of most of his rivals.

An examination of the career paths of successful professionals, whatever their chosen field may be (e.g. Ferrán Adriá, Pau Gasol, Garbiñe Muguruza, Edurne Pasaban…), reveals one thing that they have in common: an extraordinary determination to achieve their dreams. They worked very hard and with immense focus; in this way they multiplied the impact of their innate talent. Picasso explained it very clearly: inspiration always found him working.

Duckworth herself is an example of what having grit means; when she was a child, her father was very critical of her, saying “she was no genius, nor did she have any talent" and he predicted no more than a modest professional future for her.

Towards a new mantra: the mantra of determination

Today, we place a strong focus on innate talent management. This article is a good example: “War for talent: Spain's biggest challenge in the next 100 years”, which outlines key challenges to our competitiveness, such as reskilling, upskilling, more ambitious talent management and learning agility.

To conquer the future, I believe we need a new mantra based on determination, effort, passion and perseverance that will complement the current positive “mantra of talent”.

I have faith that “grit” will have a great future in this "soft society”, in which we have grown accustomed to obtaining everything easily and immediately. An environment in which there is a great temptation to stop sharpening the axe (as Stephen Covey would say) and to neglect the valuable and effective “culture of effort”.