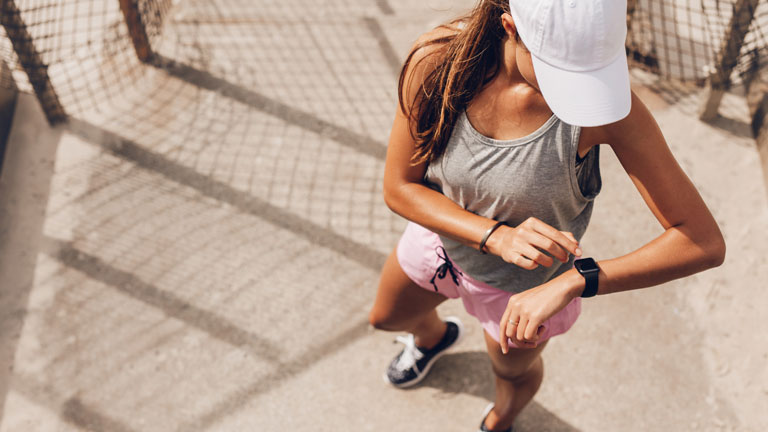 The psychological and behavioural implications of technology-mediated touch on consumers

Touch is perhaps the most personal of all the senses and our devices increasingly communicate with us through tactile means. Mobile phones and items of worn technology such as smartwatches and fitness monitors interact with us on a physical level, reacting to cues like pulse rate and speed of movement, as well as alerting us to information.

Esade’s Ana Valenzuela and Rhonda Hadi from Said Business School (University of Oxford) have examined the psychological and behavioural implications of technology-mediated touch on consumers. Their findings, published in the Journal of Consumer Research, have important implications for digital marketers and gadget designers, and could even impact public health policy.

The power of touch

The delivery of haptic feedback itself is nothing new: social etiquette obliges many of us to place our mobile devices on silent mode and vibrating alerts have long been a feature of notifications. The ‘phantom phone buzz’ is not a new phenomenon since mobile phones became uber-present – people have been reporting feeling their phone buzz in their pocket only to check it and find no notifications.

But mobile phones and wearables are increasingly in more sustained and direct contact with users’ hands and skin. This prolonged contact allows tactile technology to apply forces, vibrations or motions to the skin. This is an area in which brands are increasingly experimenting. Yet, despite the growing use of haptic technology, there’s little research into its impact on consumers.

“Some work has focused on attentional and accuracy-based outcomes of haptic feedback,” say Valenzuela and Hadi. “Keyboards that produce vibrotactile feedback upon fingertip contact have been shown to lead to improved typing accuracy. Vibrotactile cues were found to be very effective when used to manage attention and to support tasks such as visual search, navigation, driving, target acquisition, and piloting. However, it is valuable to consider what additional psychological and behavioural consequences might stem from such sensations.”

To do so, Valenzuela and Hadi carried out four scientific studies, drawing from theories in social psychology, communications, and computer science.

The science of sensation

In the first study, participants took part in a physical challenge while holding a mobile phone that received encouraging text messages. The participants who received messages accompanied by haptic vibrations performed better than those who received the same message without vibrations. The findings were replicated in a second study using a smartwatch, with both studies confirming the positive effect of haptic feedback on physical performance from each device.

“The mere addition of haptic feedback to messages can improve performance on a related task,” note Valenzuela and Hadi.

The results were validated over a longer period during which Valenzuela and Hadi sent messages to participants encouraging them to take part in wellness-related tasks such as massage and healthy eating.

“Results revealed a significant effect of message alert on performance, in that participants reported performing better on the tasks when the activity reminders were accompanied by haptic feedback,” they say.

The final study in the research confirmed that the perception of the positive intention or encouragement being sent from the sender to the recipient is the underlying reason for the positive effect of haptic feedback on task performance.

The research carries important implications for manufacturers and marketers of haptic devices, say Valenzuela and Hadi.

“Brand managers can choose to add haptic feedback to communications on such devices, and our research would suggest that doing so might be an easy way to positively influence consumers’ responses to the messages and improve attitudes toward the sender,” they say.

The same logic, they add, can be applied to within-app brand communication, suggesting that programming haptic feedback into functionality during software development could improve engagement and enhance brand loyalty.

There are also some positive implications for public policy. “Haptic feedback can bolster the effectiveness of messages geared toward improving users’ performance in physical fitness and health-related tasks,” say Valenzuela and Hadi.

“Examining antecedents to increased physical activity and good nutrition is paramount, given that medical experts and public health officials have strongly encouraged healthy eating along with increased physical movement as a way to combat the pervasive obesity epidemic.

“Our findings are particularly interesting given the steep rise in consumer use of health and fitness apps and wearable fitness trackers, which often act as a personal trainer and/or nutrition coach by tracking users’ performance and sending motivational messages to encourage persistence. Our results suggest that developers of these health and fitness applications should consider potentially incorporating haptic feedback into such motivational communication attempts.”

While they acknowledge their research focused on the specific contexts of fitness and overall wellness, Valenzuela and Hadi suggest the positive effects of haptic alerts apply to other tasks, such as telemedicine interactions.

“As consumers rely on technology-mediated services in more and more contexts and consumer-product interactions become increasingly imbued with online connectivity, we believe haptic sensations will play an important role in shaping consumer perceptions, judgments, and behaviours, just as they do in our offline world,” they conclude.