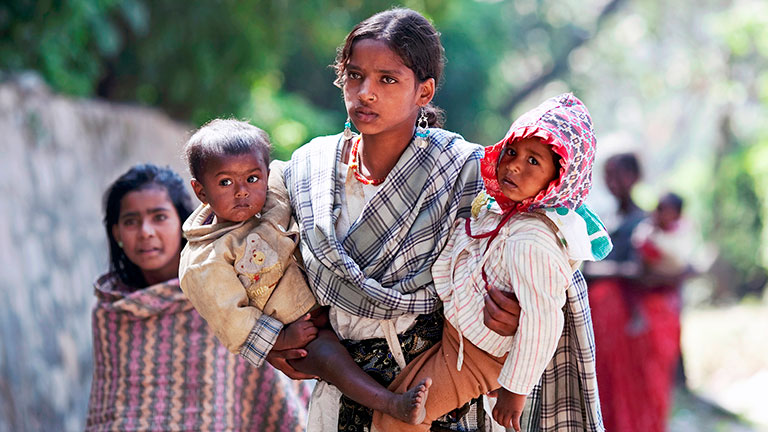 A Mumbai organization that works with survivors of human trafficking has revealed how everyday “simple and mundane” practices are the key to shaping and influencing the success of care interventions.

International Sanctuary (ISanctuary) was established in 2007 to help women and girls recovering from situations of abuse and trafficking to rebuild their lives. Using a four-pillar approach of income, education, health, and community, survivors learn how to heal, grow, thrive, and develop healthy relationships. Employment and training are offered under the brand Purpose Jewelry, which sells pieces hand-made by the women at ISanctuary and has an international revenue of around $900,000.

ISanctuary has been described as “the vital piece between rescue and reintegration” and the organization aims to expand operations – currently in Timbala (Uganda), Tijuana (Mexico), Cebu (Philippines), and Mumbai – with ten new sanctuaries worldwide.

The practices of the non-profit were analyzed by Esade’s Ignasi Martí and Roscoe Conan D'Souza from Emlyon Business School in France, who set out to identify how care interventions can be constructed in institutionally unequal societies with ingrained prejudices.

The research, published in the Journal of Business Ethics, highlights how caring infrastructures should be developed within the context of pre-existing social structures, and how those structures shape and influence the transformative potential of care interventions.

The context of care

The ability to give and receive adequate care is fundamental to human wellbeing. The feminist ethic of caring, a notion that emerged from scholars including Carol Gilligan and Joan Tronto in the early 1980s, explores and embraces the view of people as relational, interdependent, and vulnerable beings. Institutional contexts shape the way care is understood, lived, and enacted, and to ignore these contexts, say Martí and D'Souza, "means writing off gender, race, caste and class privilege and how they shape subordinated and precarious lives."

They explain: “In Tronto’s words, this belies the myth that we are always autonomous and potentially equal citizens. It also forces us to see how the appropriate forms of care in specific and situated contexts depend on the ongoing practices of a group of people and the types of social and political institutions in our societies. It demands we take seriously the realities of every relationship, the setting, and the situation as we are not separable from the role that institutional conditions play in our experience, and how they define and shape our practices and our daily lives.”

Against this contextual backdrop, Martí and D’Souza chose ISanctuary as an “information-rich single case” to make an in-depth qualitative study, adding: “India is a complex country in which to analyze the work of creating a caring space. Prevailing institutional configurations produce multiple forms of neglect, discrimination, physical violence, stigma, and traumatic relationships.”

Martí and D’Souza identified two sets of practices carried out by ISanctuary: transforming the involved elements of human life; and avoiding the re-creation of oppressive dependence relations while developing a sense of autonomy.

Within the first set of practices, their analysis uncovered three elements: healing work; performing interdependence and deconstructing injustice through mundane practices; and re-signifying relationships at work.

"Through professional counseling, personal mentoring and enabling trusting relationships between colleagues, healing work enables participants to confront their fears and develop self-belief to navigate society while learning to build balanced relationships with people, including their estranged families," say Martí and D'Souza.

The second category of practices highlights how ISanctuary uses routine and mundane practices to build interdependence and community while deconstructing unjust experiences.

"Existing hierarchical structures combine to produce unequal, oppressive, and often violent forms of dependence," they explain. "Our analysis shows how mundane practices such as collective celebrations, sitting on the ground to share and eat together, and participating in each other's lives, begin to address such forms of dependence.”

Practices such as washing each other’s dishes visually demonstrate equality irrespective of caste, class, or gender, in marked contrast to the experiences of the survivors who are often led to believe they are not worthy to fit in with society.

As one survivor explained, “Staff members sit with the girls and eat… I like that a lot because there is no difference between us… everybody eats together… you cannot see anyone as high or low, even if he is a sir or a boss… here they give us equal status. They do not act as if they are the bosses, and can do certain things that we cannot.”

This focus on equality is further addressed within the relationships the survivors have with their work and the meaning they derive from it.

“By emphasizing service as a core value while affirming the worth of every person, the organization enables participants to transform previous violent and oppressive relations of dependence from past injustices and experience new ways of being,” say Martí and D’Souza.

As a staff member explained: "No matter what kind of person you are, you should be willing to serve. Leaders in this organization serve each other. It's not like I'm the boss so I can dictate or command… you are a person of equal worth and value."

Avoiding ‘the dark side of care’

The dark side of care, as described by Professor Marian Barnes in her book Care in everyday life: An ethic of care in practice, refers to the re-creation of oppressive relations of dependence with caregivers. Rather than achieving independence, those in care simply replace one dependent relationship with another and fail to develop the autonomy necessary to lead a fulfilling life.

“Being attentive to and honoring the ways in which the women desire to shape their own pathways away from their past enhances their sense of autonomy and allows them to rely on the organization without becoming dependent on it,” say Martí and D’Souza.

Developing this autonomy with meaningful work through the Purpose Jewelry brand, with participants creating pieces sold globally and being given the opportunity to pursue leadership roles, further increases the self-respect and self-belief of the women.

Paying participants well, gradually building their capacity with training and mentoring, and encouraging saving and budgeting all serve to further develop practical life skills and independence for the survivors.

“Some lives are made to feel as if they do not matter, exemplifying how human beings are often ostracized and how localized social conventions prevent people from flourishing,” conclude Martí and D’Souza.

“The mundane practices of equality, such as eating and sharing each other’s food, celebrating together, and sitting on the ground discussing their day, are of great importance and significance in a society which has deeply entrenched forms of inequality reproduced in the everyday activities of individuals and groups.”

And, while the authors acknowledge the elements of care interventions they identified within ISanctuary do not represent the only way a space for caring for survivors can be established, they do claim that “bringing such contexts to our conversations is an important reminder of how many forms of dehumanizing, stigmatizing, belittling, dominating, and humiliating others are present in today’s world.

“Our findings illustrate how the transformation of everyday practices is a powerful tactic to building a caring environment that is perceived and lived as caring and just.”