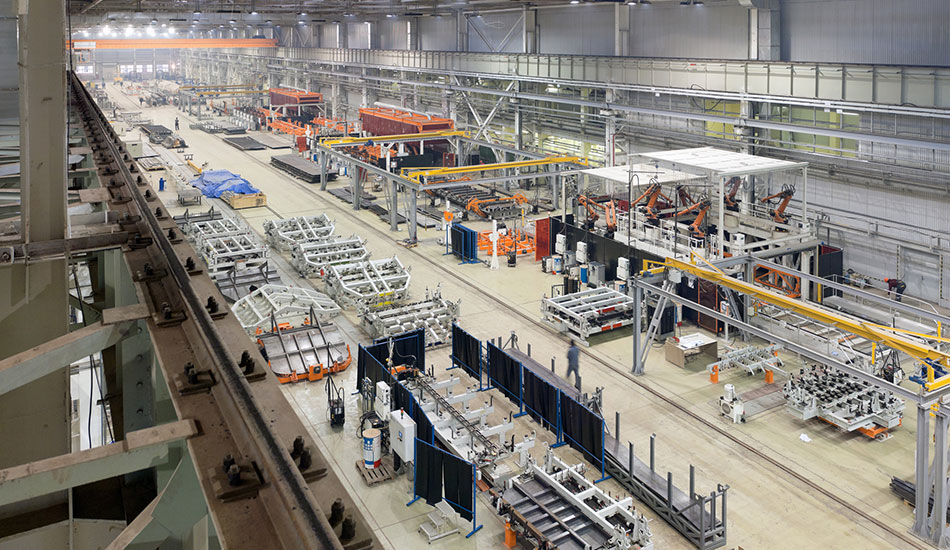 Industry 4.0: Is there life beyond manufacturing?

The ‘Industry 4.0’ concept first emerged in the business and institutional world. Due to its popularity, it has been the focus of academic research since 2011. Industry 4.0 is the result of the convergence and use of a variety of digital technologies in production systems. Although it generally refers to a digitalised manufacturing model for setting up ‘smart factories’, there is no consensus as to what exactly ‘Industry 4.0’ is, where its boundaries lie, what organisational domains the model covers or which technologies support it.

In practical terms, any company operating under an Industry 4.0 framework is subject to intense technological change. Industry 4.0 should thus be understood as a dynamic and evolving concept, since technology is itself an evolving phenomenon. Yet despite its widespread acceptance, academia has not yet produced a clear definition of ‘Industry 4.0’.

From an academic perspective, it is necessary to clarify the term, understand the underlying factors, and connect Industry 4.0 with other research streams in the field of management, such as digital transformation, open innovation or corporate venturing. The crossroads between Industry 4.0 and these fields is fertile ground for great opportunities in management research.

Any company operating under an Industry 4.0 framework is subject to intense technological change

For years, consulting firms, business schools and large tech companies have been heralding the advent of Industry 4.0 as a model for integrating digital technology into the industrial environment. The model expanded in the wake of the 2008 financial crisis and was widely embraced by practitioners (managers and consultants). It was also adopted by governments, which included it in their economic recovery and reindustrialisation plans as a valid paradigm for facing the new post-crisis times.

When the concept gained further traction at the 2011 edition of Hannover Messe, one of the world’s most important industrial fairs, the number of academic papers on Industry 4.0 increased significantly. However, from an academic perspective, its definition remains ambiguous at best. There is no consensus in the scholarly literature regarding the definition of a practical concept that grew out of task forces set up in the German manufacturing industry to accelerate the integration of digital technologies in production processes.

It would thus be the culmination of a process of industrial development that began with the first industrial revolution (driven by the steam engine, hydraulic power and the textile industry), continued with a second wave of industrialisation propelled by electricity and mass production, and further evolved under a third model incorporating computerised control systems (with the arrival of microprocessors), before ultimately reaching the 4.0 paradigm of immersion in digital systems and data intelligence.

But what is the scope of this model and what technologies does it involve? What do we really mean by ‘Industry 4.0’? Which technologies support it and what competitive advantages does it yield?

The Industry 4.0 concept was initially coined with a view to providing a digitalised production model capable of creating ‘smart factories’ (i.e. highly automated factories able to operate based on data-driven decisions). It began with the incorporation of two basic fields of technology – the Internet of Things (IoT) and cyber-physical systems (CPSs) – as the model’s primary technologies. However, successive academic papers and consulting reports expanded the technological foundations of Industry 4.0 to include a large number of additional technologies: cloud computing, 3D printing, virtual reality, augmented reality, advanced robotics, data mining and, more recently, artificial intelligence.

Process digitalisation has, for the first time in industrial systems, made it possible to compete simultaneously on customisation, speed and cost. Is the concept limited to the factory environment or is there a business model somewhere beyond the boundaries of manufacturing that might be characterised as Industry 4.0?

The concept’s popularity has facilitated the idea’s migration far beyond the narrow scope of a digitalised factory, and it has become synonymous with a smart, receptive and competitive company. Consulting firms, managers and industry policymakers rank Industry 4.0 amongst the great transformations taking place in the business world, associated with other megatrends, such as digitalisation, cloud computing or artificial intelligence.

The idea of Industry 4.0 is viewed as an end goal for digital transformation, in which businesses are immersed and which goes beyond the scope of production, affecting management, culture and corporate strategy. Managers have to understand mechanisms for selecting, implementing and exploiting new technologies in a rapidly changing environment, as well as the factors that facilitate and hinder digital transformation.

Hardly any relevant papers examine the Industry 4.0 concept from a strategic perspective

However, the academic literature is confined to the field of manufacturing and technology management. According to our research, hardly any relevant papers examine the concept from a strategic perspective. Nor have many sought to identify conceptual links with innovation management practices, open innovation, innovation ecosystems or corporate venturing.

The relationship between Industry 4.0 and the concept of ‘digital transformation’ is also scarcely addressed in the literature, despite their conceptual proximity. There is some evidence of new research flows that are already incorporating more recent technologies into the Industry 4.0 model, especially artificial intelligence. But not 3D printing, blockchain, 5G, facial recognition, autonomous vehicles or quantum computing, to name just a few of the most important emerging fields in tech. Industry 4.0 arose from the need to harness the power of digital technological change in production systems. But the core concept does not seem to have been updated in the management literature with the arrival of new technologies, nor has it been escalated to the domain of strategic management, despite its real practical and strategic use.

For the concept to establish itself as a true new management paradigm, giving it strategic sense and preventing it from slipping into obsolescence, it needs to be given a dynamic perspective and be conceptually linked to innovation, entrepreneurship and strategic management.

New lines of research would be needed to understand the phenomena of exploring, absorbing and exploiting new digital technologies in the context of Industry 4.0. The implications for the company’s resources and the organisational conditions of Industry 4.0 likewise need to be clarified, along with the nature and effects of its relationship with the technology ecosystem. Further research should explore Industry 4.0 as a comprehensive strategic concept, well beyond the bounds of manufacturing.