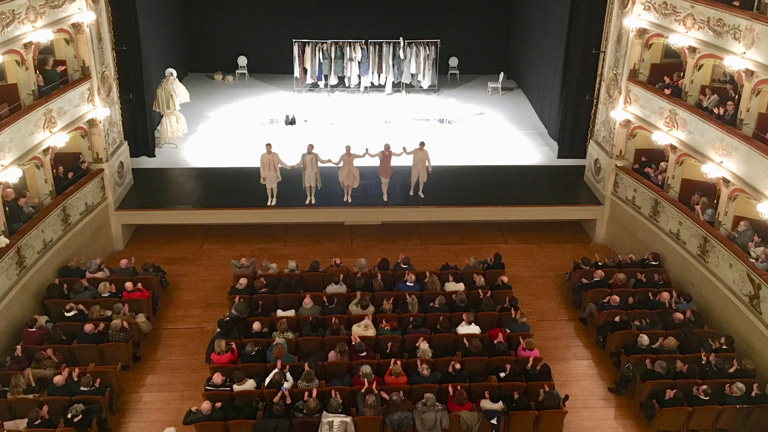 Some years ago, I worked side by side with an American colleague over a period of time. The two of us were lawyers and we earned a living teaching in law faculties, in his case one of the most prestigious law faculties on the East Coast.

In terms of our academic training, we complemented each other; his background was in medicine, while mine was in philosophy. He was an authority on matters of legal medicine and health professional ethics. We had a good rapport, both personally and professionally, but there was one area we always used to clash on: the teaching of ethics.

He used to say that doctors are confronted by ethical dilemmas at three in the morning in an emergency operating theatre, when they have no time to think, and in that situation what Aristotle or Kant had to say counts for little.

I thought otherwise. When that doctor has to face an emergency at three in the morning, it would be better if he were to have read, thought about or discussed what Aristotle and Kant had to say when it wasn't early morning, he had slept well, and he had some time on his hands.

When we are faced by a crisis, it's best if we have already done some thinking

In other words, when we are faced by a crisis, it's best if we have already done some thinking. My American colleague was right: the middle of a crisis is not the best time for serious reflection. Since what we need to do in a crisis is act, a theatrical analogy can be useful.

According to Declan Donnellan, a  world-renowned teacher of acting, the work of an actor falls into two categories: visible and invisible.

In those far-off days of two weeks ago when we used to go to the theatre, we would admire an actor for qualities such as their ability to portray a character, their diction, their vocal range, their physicality and stage presence, and a whole set of characteristics apparent to the spectator that form part of what Donnellan calls the visible work of that actor.

But this work is just the tip of the iceberg, whose mass below the water is much larger: the invisible work carried out by the actor.

This is where actors truly embody the characters they play, immersing themselves in them, getting under their skin, recreating their particular circumstances, their personality and their thoughts beyond the words of the text; in this case, actors have researched into the period and the society inhabited by their characters; in rehearsal after rehearsal, they have lived and breathed their relationships with the other characters in all their possible variations; they have speculated about their motives, hypothesised about their alternatives, and shared their fears and longings.

Ethics does not come up with emergency responses to save humanity, but it makes us more human and better human beings

This work is not done on the stage in front of the audience, but over months or years beforehand; it is what elicits the admiration of the audience, who, without being experts, will set this actor apart from another who has not done this work (or not done it as well). We cannot really say why, but the performance of the unprepared actor strikes us as uninspiring, flat, confused, incoherent or lacking in charisma.

Right now, the whole of humanity finds itself in the situation that my American colleague imagined: in the midst of an urgent crisis, in the small hours of the morning, without having slept and with no time to think. Or to continue with the theatrical analogy, we have been pushed on to the stage, the curtain has gone up, the lights are on us, and it turns out the play is a tragedy.

Whatever we do under these circumstances will be visible work. But how well or badly we perform will depend on the invisible work we have done, on what we have thought, read, reflected on, discussed and felt when the crisis was not absorbing all our energy. This time beforehand is the time for ethical education. It cannot be improvised or imparted in an emergency.

I fear that as a society we have not done a lot of thinking. We are not very versed in invisible work, moving recklessly from crisis to crisis, with little awareness and making a lot of noise.

I predict that in the short and medium term there will be an avalanche of articles, posts, videos, reflections, books, interviews, talks and more besides about the ethical questions implicit in the management of the global pandemic.

The whole of humanity finds itself in the midst of an urgent crisis, in the small hours of the morning, without having slept and with no time to think

Some of my colleagues, who are considerably younger than I am, think that this is very good news and that it will provide an opportunity to strengthen the ethical sensitivity of society; they believe we are experiencing a key moment in history, one of those milestones that mark a "before" and "after."

I hope with all my heart that they are right, although I tend towards scepticism. When I think about the foreseeable saturation of our inboxes and social media feeds, an example comes to mind of an actor who is playing the role of Henry VIII; he spends the little time he has between performances skimming through books on the history of the Tudors. His response is late, for he should have done it earlier. In the same way, the doctor referred to by my American colleague is not going to start reading Kant in the operating theatre. We would not want him to choose such a moment to do so. Consequently, it would not have been a bad idea to have read him earlier.

Ethics does not come up with emergency responses to save humanity. But it makes us more human and better human beings, and it can go a little way to saving each one of us.

For it is we, and we alone who are responsible for managing the crisis, whether we find ourselves in an emergency operating theatre, a Cabinet meeting, or deciding whether or not to skip confinement. This is our stage, and our performance will depend on the ethical work – the invisible work – that can only be done when there is no one watching and the spotlights are off.