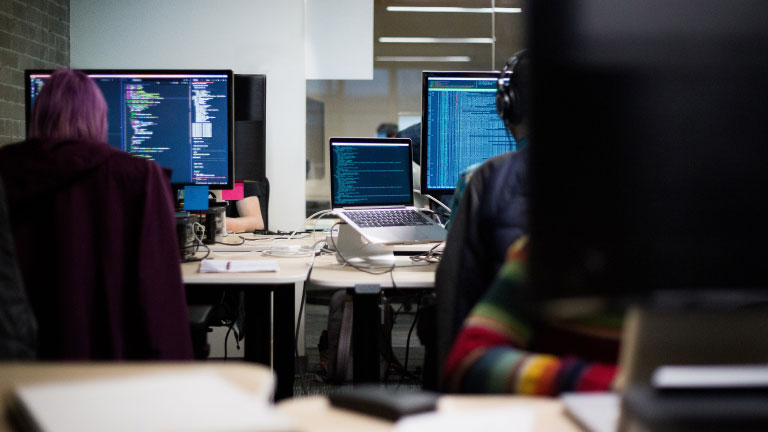 3 leadership traits in the era of data

How can leaders use data to optimise their decision-making?

Having a traditional leadership mindset can be a handicap in the era of data. Things that used to work in the past no longer work in today's data-driven world.

The modern leader is not defined by her vision, but by her knowledge of the context in which his company operates. Knowing and understanding the context allows leaders to shed light in a world of high volatility in which external information is accessible in real time.

Exxon, for instance, systematically collects external indicators about macroeconomic changes (GDP, unemployment, etc.), sector dynamics (unbalances between production and stocks, commodity prices and so on), and customer sentiment, among others. The company synthesises these data into a control panel which serves to establish automated tactical scenarios.

The ability to adjust strategic scenarios to external indicator variations is critical to allow leaders to combine a sound strategy with execution agility.

The second trait of the modern leader is her capacity to make learning a privilege. The current decision-making systems can be summarised in two major alternatives: "delivering the fish" (programming, "rule" engines) or "showing one how to fish" (algorithms and machine learning).

In the first scenario, companies risk dying a slow death due to the growing complexity of data accumulation and consumption. In the second system, however, leaders can use analytical bricks that can be accumulated, recycled and combined to improve the resolution of business problems.

Walmart is an example of this new capacity. In order to exploit its world's largest private cloud, the company created a Data Cafe (collaborative analytics facilities for enterprises) where smart boards and alert systems invite external teams to solve its business problems. Stock challenges, delivery route issues and promotional campaigns that used to take weeks or months to manage now are solved in the Data Cafe within hours by using preestablished models updated in real time.

Combining these analytical bricks with testing models and large amounts of data is one of the keys to boosting a company's learning capabilities.

Modern leaders use technology to solve complex problems in real time. Thinking analytically to solve business problems means boosting human decision-making with additional capabilities. Since 2015, artificial intelligence models have already surpassed humans in a number of tasks, such as image recognition, among others.

Embracing more efficient technologies is another trait that characterises leaders in the era of data. Examples of big data usage show the same tendency: using models when these surpass manual results.

For instance, in 2016 O'Reilly estimated that the first case of big data usage was fraud. In most companies, fraud is detected through manual processes – an approach that has its limitations: teams of 20-30 people checking only 10% of the total company transactions, which implies a very low success rate. In other more advanced companies, machinelearning models scan 100% of the transactions, achieving unheard-of success rates.

Leaders have to take advantage of this unique moment in history to reinvent themselves. If they do not, their competitors will, tapping the new talented generations of workers entering the market. Leaving beliefs aside and replacing these by evidence is the key to embracing a new world full of opportunities.