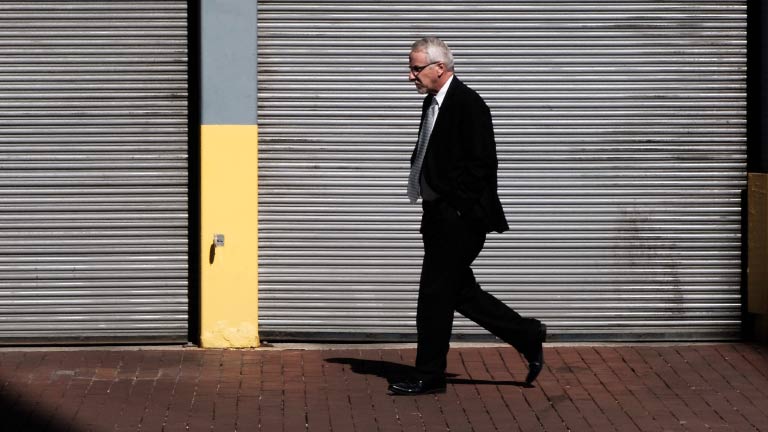 5 leadership types and the traits they entail

What kind of leader are you?

This article is based on knowledge insights by Jaap Boonstra

There is never a one-size-fits-all ideal leadership type – management styles and traits vary among people and companies. But one thing is clear: bad leaders are among the primary reasons why employees quit their jobs.

Great leaders, however, know how to provide direction, create an inspiring vision, help others, take initiative and inspire people to give their best to move forward.

Which types of leaders have you worked for, and which kind are you?

The traditional leader induces people to do something they wouldn't do on their own initiative. This type of leadership involves the possibility of sanctioning or rewarding employees to try to influence their performance results.

Many leaders use power to push people to achieve results through orders, rewards and sanctions. This type of leader also uses more subtle forms of power, such as using experience and information, analysing past events and establishing coalitions to make things happen.

In this leadership style, power and leadership are strongly related. However, it is an illusion to believe that people can be eternally motivated through power.

In periods of change, the use of power often leads to a compensatory power: employees resist change, and those in charge believe this resistance can only be overcome by using power. At that point, change quickly leads to a game of stagnation of power.

Official leaders are people who have been officially appointed as general managers or leaders, and who, accordingly, hold particular rights and responsibilities. Under this point of view, the leader is the main person responsible for outlining the organisation's goals and how to achieve them.

This leadership style is based on hierarchy, prestige and official power. The role of official leaders is quite important: They participate in well-defined chains of command and hold clear professional qualifications and responsibilities.

Official leaders keep an organisation on the right path and are accountable to external stakeholders interested in the company's performance results.

This definition of leadership does not recognise informal leaders and ignores the fact that people within an organisation can have completely different ideas and goals. Official leadership tends to lead to rigid organisations where people protect their own work and keep information to themselves, making it difficult for departments to collaborate with one another.

The goal-oriented leader aims to influence a group's activities in pursuit of a common objective. This leadership style is mainly reflected in the leader's relationship with the group of followers and how she ensures that all team members are on the same wavelength.

Effective motivate their followers to work together

Effective leaders establish clear and attractive goals and motivate their followers to work together towards those objectives.

According to this definition, the leader focuses primarily on the goals when she tries to get others involved. However, in a world filled with uncertainty, some people question whether the goals that leaders set are really clear and whether they can generate misunderstandings. In the dynamic world we live in, providing direction is becoming even more important than setting goals.

The goal-oriented leader faces an additional challenge. The notion that it is good to have all team members on the same wavelength could lead to tunnel vision, making it more difficult to perceive relevant developments.

Transactional leadership implies a two-way relationship between a leader and her followers. This type of leader asks others to take on responsibilities in exchange for something. The most basic type of exchange is salary, but transactional leaders can also promise support and offer assurance during changing and uncertain times.

Transactional leadership can lead to dependency

According to this quid pro quo concept, the reciprocal relationship lasts as long as both parties benefit from it.

This type of leadership can lead to dependency, but that doesn't necessarily mean it affects personal initiative; younger generations in the workforce see salary as less important than the possibility of growth.

Transformational leaders are those who are capable of motivating others. They do so, for instance, by offering an attractive vision, meeting their employees' needs, or making tools and resources available to help people achieve their goals.

Transformational leadership is based on the art of seduction

This type of management style is also called charismatic or inspiring leadership because it is based on the art of seduction.

A transformational leader attracts many people. It is pleasant to feel seduced by an inspiring vision expressed by a strong leader. At the same time, creating a vision for the future is increasingly becoming a cocreation process in which a number of people share their ideas and work together to achieve their shared vision.

A transformational leader is perceived as someone who connects people with different visions, rather than an individual with a solitary vision.

Transformational leaders also look for opportunities to break established patterns and create new forms of cooperation among teams to help them take action collectively to achieve goals and follow the company's vision.