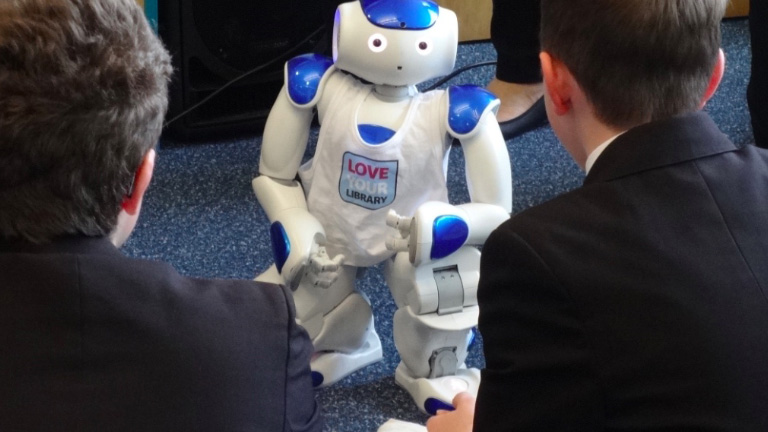 What machines can teach us about being human

The new decade kicks off with the 100th anniversary of the birth of the author and science-fiction giant Isaac Asimov. On the occasion of his birthday, I was reminded of a short story of his that I read a while back, Key item.

Briefly, the story is about a machine that serves a critical purpose for society that has been humanised and rebels, ceasing to follow its operators’ orders.

Desperate to get it up and running again, the operators try everything to make it respond. But nothing works until, after much deliberation, they add the ‘key item’, which consists of tacking a single word onto the end of the order: ‘please’. The machine then jumps to life and joyously gets to work.

Asimov was clearly a visionary. While his portrait of a machine with feelings is still a far cry from reality, his story makes me wonder how we, as humans, will relate to robots and artificial intelligence given the speed of technological progress. Are we ready for it?

Reading the story, I wondered how a despotic boss who currently takes a ‘command and control’, stick-based approach towards to his workers would treat a robot.

Could daily interaction with robots exacerbate some people’s bad manners?

It seems safe to say that if that’s how he treats people, his approach to robots, which are submissive and acquiescent, would be even worse. Rationally, we might think it does not matter, because machines do not suffer, they are not alive. And that is true. But I would go one step further.

Could daily interaction with robots (which, again, do not feel, suffer or complain) exacerbate some people’s bad manners? Might we someday reach a degree of relational isolation (just me and this machine, alone in the world) that negatively transforms our good manners and kindest instincts?

Some might argue that I am exaggerating. How will mistreating a machine make us more inconsiderate adults? But what about kids, who will grow up giving orders to robots? How will it affect them?

Automation will destroy 75 million jobs by 2025, but will also create 133 million new roles

I recently read a post that claimed that, according to the World Economic Forum, automation will destroy 75 million jobs by 2025, but will also create 133 million new roles. In other words, it will create at least 58 million new jobs.

I wondered what this huge number of new jobs would be. Everyone seems able to predict which jobs will disappear these days, but it is much harder to identify the ones that have yet to be created.

If we are going to generate 133 million new roles, I vote for two that work in two ways. The first is a specialised technician able to include that ‘key item’ in robots so that they only respond if their human ‘bosses’ treat them nicely.

The second is a trainer specialised in good manners, who instils kindness and courteousness in children so they can learn to interact with artificial intelligence and, thus, with people.

Of course, none of this is new. All of it is being researched, including how to incorporate this ‘key item’ into machines.

Some will say I’m a romantic or that I am being unrealistic and that it is not worth investing in these things.

But I think that tuning into these issues and, at the very least, thinking about them is a good step. And we need to give Asimov his due, because, once again, he was right.

The truth is that we should have learned to treat people kindly before focussing on how we treat machines. Still, if technology will allow us to start at the end and work backwards, learning to be more human as we go, then we should welcome the opportunity.