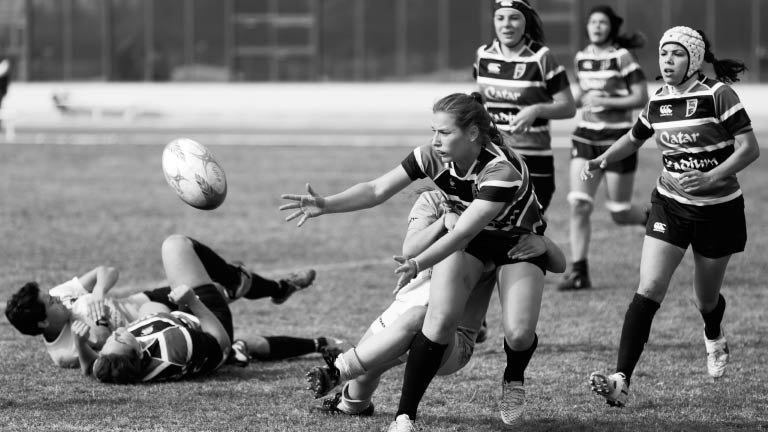 Men vs. women: who performs better in competitive environments?

Are men more competitive by nature or is that a biased belief?

However, other research has shown that women's underperformance in competitive environments depends on the task and the gender composition of their competitors.

In light of these contradictory findings, my coauthor Nagore Iriberri from the University of the Basque Country and I conducted a study to gain insight into whether women underperform in competitive environments and, if so, why.

We ran several behavioural experiments with 640 male and female participants. In each session, half the subjects were men and half were women. The subjects were not told that the experiment included a gender study to prevent biased perceptions.

The experiments consisted of two tasks. One task involved spatial relations, a skill that men are supposedly better at. The other involved verbal and memory skills, an area in which women tend to outperform their male counterparts.

Our results show that women underperform only in specific situations. We found relative underperformance by women only in competitive environments in very specific contexts.

When women know their rival is a man, it seems to trigger a stereotype that makes them feel threatened. That, in turn, leads them to underperform. Specifically, we found women underperformed only in the task believed to favour men and only when the rival's gender was revealed or when the women were informed that their rivals were ready to start competing.

Women underperform only in the task believed to favour men

Our experiments demonstrate that when the rival's gender is not revealed, the two genders tend to perform similarly: men showed an average improvement in the number of correct answers of about five, while women improved by about six.

However, when we provided participants with information about their rival's gender, men on average improved by eight answers while women improved by only three.

So technically women's underperformance does not depend on their rival's gender itself, but on their preconceived stereotypes of their opponent's sex before they perform the task.

When the rival's gender is not revealed, the two genders tend to perform similarly

Our findings demonstrate how manipulating the information given to men and women before they perform a task influences how they will perform in competitive environments. Women are more likely to underperform when they are provided in advance with information about their rivals' gender and supposed gender-based differences.

If women believe they are about to perform a task that favours men, their performance will tend to decline.

When we briefed participants with gender-related information, such as telling women whether the task they were about to perform tended to favour men or vice versa, we found the belief that they were performing a "male" task caused female performance to decline significantly.

Based on our evidence, it seems that omitting or emphasising gender-related information can weaken or reinforce previous perceptions about differences in tasks and competitive abilities, thereby affecting performance.

The effect of correcting false preconceptions about women's relatively lower ability to perform jobs traditionally considered male should be studied, since such perceptions are not true.