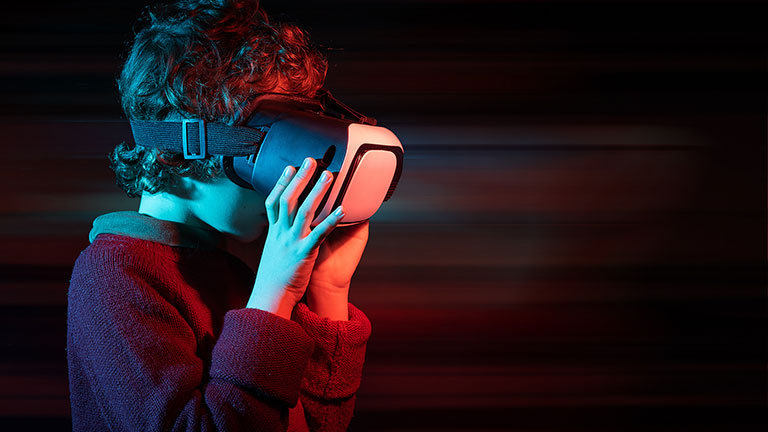 Is the Metaverse the future of High & Exec Education?

The first massive MOOC (Massive Open Online Courses) appeared in 2011. It was “Introduction to Artificial Intelligence” by Peter Norvig and Sebastian Thurn. 160,000 students enrolled, only 20,000 completed it, but opened the door to a transformation that changed high education forever. Today, the same course is still available and very popular in Udacity with the same professors.

Only one year later, in 2012, Coursera started. Since then, Coursera reached impressive numbers, more than 92M students, courses from 150 universities around the world and collaboration with more than 200, many accepting Coursera credits in their programs. More than 4,000 courses and now expanding to new areas such as Coursera for Business, for Campus and for Government.

A measure of its impact can be appreciated looking at the numbers of its top courses. Probably its most popular course is “Machine Learning” from Andrew Ng, former chief scientist of Baidu. Machine Learning captured the imagination of more than 4.65M students and is one of the best well-known courses around the world. Although again only around 20% of enrolled students completed the course.

Coursera was not alone. Also, in 2012, MiT & Harvard created edX, with more than 34M students enrolled, more than 2,800 courses and most of the best prestigious universities of the world participating.

MOOCs influence went well beyond the public offer or courses. It changed the way materials and classes are presented

Today, MOOCs have expanded beyond these options with very popular commercial endeavors such as Udemy and also with private online courses inside traditional universities, the so-called SPOCs (Small Private Online Courses). But its influence went well beyond the public offer or courses. It changed the way materials and classes are presented. Basically, in two directions.

First, in terms of the quality of the materials. First courses consisted on the same slides that professors used in class. The evolution of these initial bullet point slides has been massive and vast, giving way to sophisticated productions. This evolution had an impact in on-campus classes. Materials became more sophisticated and tendencies such as flipped learning courses where materials are online and class time is devoted to discussions and exercises, generalized. Competing with the old formats in the new world of MOOCs was no longer possible!

The Metaverse: a new opportunity

Now, a new opportunity came into scene: the Metaverse. We have pioneers such as Prof. Frank Piller from RWTH in Aachen (featured in an Esade recent video/podcast). Prof. Piller, a well-known scholar in Open Innovation and Mass Customization has been working since many years with Avatars, augmented reality and virtual reality - AR/VR – in Aachen. Not only with Exec Education, Master and MBA students but also with Bachelor students.

Prof. Piller is convinced that this is the future. Not only in terms of the extended possibilities that the technology offers. Imagine an Anatomy class in medicine where students can dive into realistic representations of the human body, a physics class where they can participate in virtual experiments or in engineering where they can dive into motors or plan virtual installations. Obviously, VR/AR offers possibilities unseen in education also in the use of simulations for social experiments. But not only that! Prof. Piller tells us that engagement retention is much higher in these virtual environments and courses can be more effective and shorter.

He is not the only one! A recent study from PwC found that classes in the Metaverse are 4x faster to train that in the classroom, students are 275% more confident to apply skills learned after training, they are 3.75x more emotionally connected to content than classrooms learners and 4 times more focused than their e-learning peers. These are impressive numbers!

Part of it is due to the need to focus that wearing VR glasses such as Oculus imposes, but it will be naïve to attribute all the effect to this. The need to focus and the quality of purposeful interaction that a new media imposes play a significant role in achieving these impressive results.

Some of them have a huge economic signification for both universities and the industry. Among them is the effectiveness of the training, the contents of a two-hour class is reduced to 45m with online learning platforms and only to 29m in VR. The level of confidence in discussing issues after a class improves a lot, from 166% in classroom and 179% online to a whopping 245% in the Metaverse. A similar case is the emotional connection, 4.29 in classroom, 5.29 online and, 20.43 in the Metaverse.

Focus explains only part of this effect, although a significant part. Multitasking that in classroom is 0.78 and online 1.93 is reduced to 0.48 or less in the Metaverse. A significant reduction but probably not large enough to explain everything.

Instead of having a whole classroom learning at the same speed, each student will be measured individually and learn at her own speed with reinforcement exercises and explanations when needed

However, the Metaverse is not the only new technology that is poised to completely transform education. A.I. will lead a lot of this transformation with Learning Companions, Powered Assistants, A.I. tutors, Chatbots, Smart Content, …. And Personalized education. The last one is going to change tremendously the efficacy of education. Instead of having a whole classroom learning at the same speed, each student will be measured individually and learn at her own speed with reinforcement exercises and explanations when needed. Imagine learning calculus, algebra, programming, … this way!!!

Yes, clearly education is going to change, and this transformation will change our society. This change will democratize knowledge to unseen levels as MOOCs did. Now we all have at reach courses of the most prestigious universities and the most prestigious professors and with the Metaverse we will be able to enjoy a rich interaction with fellow students and professors from every corner of the world and this will change our world for the better.

However, not all universities will have the possibilities and the technology needed to participate in this new world. And the ones who have it, as in the MOOCs, will be able to attract a disproportionate amount of attention. Competition in education will be fierce, there will be new winners … and losers. It’s our job and our duty to be among the winners!