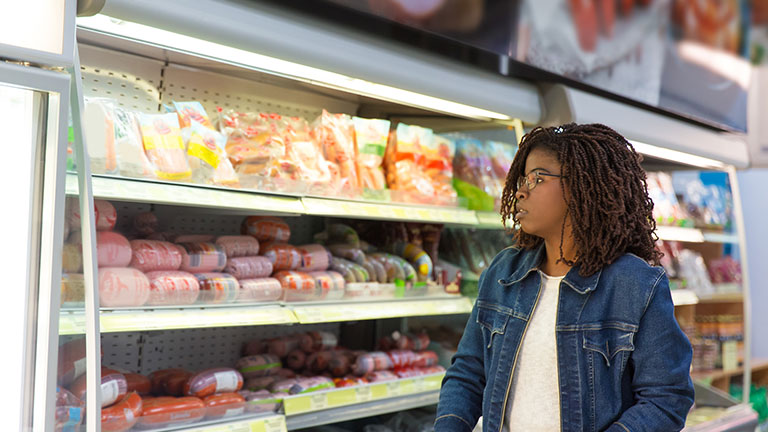 Political polarisation in the United States has accelerated in recent years with Donald Trump as president – and even more now only a few days from US election day.

The most visible consequences of this political polarisation are the clashes between Trump supporters and the Black Lives Matter movement. But a more subte division has been steadily increasing among US citizens. Recent research shows a correlation between political affiliation and consumption behaviour among Americans.

Verena Schoenmueller, assistant professor at Bocconi University, was invited by Esade's Marketing department to speak about her latest research findings. Her results confirm this correlation and offer insights on brands, media and the role of consumers in politics.

Do Better: They say that buying is voting. Do you agree?

Verena Schoenmueller: I certainly agree that there is a relation between political affiliation and consumption behaviour. In our research we find that many brands are preferred by either liberals or conservatives. We also find that this is true across a wide range of categories and this suggests that liberals and conservatives differ systematically with the supermarkets they shop in, their beer of choice, the media they read, and the football teams they support. Moreover, we find an increasing polarisation of this political affiliation for brands after the 2016 US election such that liberal brands became more liberal.

Yes, we find that as expected, media sources have a correlation with political preferences. But even here we find surprising results. For example, the New York Times is often publicly attacked by Donald Trump for being a "left-wing" outlet, but it is actually much more in the center than expected. We find a quite strong political polarisation for non-profit organisations: organisations such as Planned Parenthood, Greenpeace, or the Sierra Club are mostly associated with liberals; while the National Rifle Association is the non-profit organisation most strongly associated with conservatives.

Liberals and conservatives differ systematically with the supermarkets they shop in, their beer of choice, the media they read, and the football teams they support

Brands are the least intuitive category and we show that many brands are clearly related to one side of the political spectrum. The brands mostly associated with liberals are related to entertainment – such as Hulu, Showtime, or Syfy, tech companies such as Lyft, and retail firms such as Barnes & Noble and Pier 1 Imports.

Conservatives are strongly related to security brands such as Raytheon and Northrop Grumman, and mainstream financial firms such as Fidelity Investments and The Vanguard Group. We also compare the most conservative brands, in other words, brands most strongly linked to Republican Party followers and brands most linked to Donald Trump’s followers. We find similarities between brands related to the Republicans and brands related to Donald Trump, but interestingly, there are also important differences, which is in line with the argument that supporters of Donald Trump are not necessarily supporters of the Republican Party. Brands preferred by Trump followers are strongly characterised by golf, alcohol, and finance.

How did you analyse the relation between political preferences and consumption?

We also access a daily consumer survey in which consumers indicate their political preferences and which brands they own or are likely to discuss. We find that brands have a political affiliation that confirms our brand political affiliation information from Twitter. We can also show that this is not only true for following brands on Twitter, but also for owning a brand product and discussing a brand. Additionally, we again find that liberal brands became increasingly polarised after the last presidential election. Finally, we use consumer purchase data and find increasing polarisation – meaning that the shopping baskets of liberals became more liberal after the last presidential election.

Are any political groups or supporters more likely to buy according to their political opinion than others?

We find that Democrats are more likely to buy according to their political affiliation after the last US presidential election.

Are companies and brands exploiting political polarisation? If so, are they contributing to further polarising society?

We cannot tell from our current research if brands are exploiting political polarisation, but after the last election more brands than ever took political actions, and we know they were able to change political orientations in terms of which consumers buy or follow the brand.

After the last election more brands than ever took political actions

What’s the role of media in this process?

Has "polarised consumption" had an impact on society?

Our research shows that echo-chambers are forming with respect to political information, and other aspects of our lives. Research so far has only looked at echo-chambers in online social media platforms, but our findings suggest that there may also be offline echo-chambers as, for example, liberals increasingly go to different shops than conservatives – and increased polarisation would reinforce these trends.

With the upcoming elections, has "polarised consumption" increased?

Covid-19 and the new normality: multi-level responses to face the implications