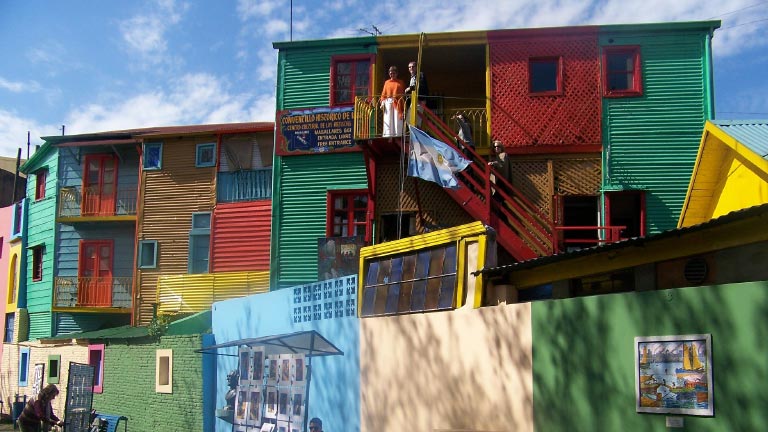 The power of the masses: how to resist political domination

When protesters became a social movement that improved the lives of the unemployed.

This article is based on research by Ignasi Martí

Despite their initial success in mobilising people, social movements often fail to sustain momentum and end up going from indignation to resignation. How can people move from the exuberance of the protest to the dull and ordinary everyday work necessary to produce sustainable change? Esade Visiting Professor Ignasi Martí and his colleagues at IAE Business School in Argentina answer this question in an article published in the journal Organisation Studies.

"Our research looks at a story of resistance," says Martí. "We travelled to a poor district in Greater Buenos Aires to analyse Cooperativa La Juanita, a successful cooperative that was created out of a picket movement by people who had been unemployed for a long time."

The cooperative was officially founded in 2001, but its origins date back to 1995, when a group of neighbours gathered in La Matanza's main square to complain about their gas expenses and electricity bills. They couldn't afford the bills because they were unemployed due to a set of 'hard-core' neoliberal policies that had been implemented by the Argentinian government.

A picket movement that transformed the neighbourhood

Their story of resistance began locally, with neighbours working together to find solutions to a very specific problem: how to afford their gas and electricity bills. Unlike most social movements, this story proves that local communities and activists cannot only sustain momentum but also transform a neighbourhood and improve the lives of the unemployed.

Local communities can improve the lives of the unemployed

"Neighbours joined forces with other people suffering the consequences of unemployment and their actions, protests and reach became first national and then global," says Martí. "Finally, the movement devolved to the neighbourhood to engage in what we term mundane and everyday politics."

Mundane and everyday politics are concrete, local practices and interventions that are embedded in a territory. In the case of La Juanita, this territory was the neighbourhood.

A story of political resistance

The people gathered in La Matanza's square organised the Unemployed Workers Movement (MTD) and adopted the roadblock as their primary mode of protest. Facing mounting protests, the national government attempted to mitigate the conflict with picketers by distributing subsidies through local governments.

The movement rejected the plans and benefits offered by the government - they viewed these packages as a way to perpetuate their condition of unemployment and dependence on the state's assistentialism and clientelism. "Why should the government have to give me anything when I have two hands, a head and a body to work? They should give jobs, not 150 pesos," said Marta, a member of MTD.

"The refusal of such benefits represented a conscious break from other picketers organisations. It was accompanied by a move back to the neighbourhood, where social activists started to engage in resistance efforts against existing pressures to silence and dominate them," says Martí.

In September 2001, the group turned an abandoned building into its own school and created a cooperative intended to contribute to the school's self-sustainability through three productive ventures: a bakery, a textile workshop and a serigraph workshop.

Despite strong political pressures, people in La Juanita sustained their efforts over time. "In their resistance, we observed how they constructed a neighbourhood-centred alternative in which closeness and proximity became the keys to transformative politics in the long run," says Martí.

The study helps to explain how - under conditions of fragility and adversity - different and more sustainable forms of togetherness are built. "Drawing on our field work in Buenos Aires, we suggest that there are other mechanisms and local practices to advance change."

Among the local practices and interventions at the core of La Juanita's mobilisation and sustained social change, the study highlights four important sets of activities:

"Our findings in La Juanita show that the materiality of embraced places, face-to-face networks, and even physical symbols help to explain the kind of sustained collaboration we found in the cooperative. These findings re-illuminate the importance of the role of material resources as a condition for bringing together the members of the movement and eliciting lasting communication and cooperation," concludes Martí.