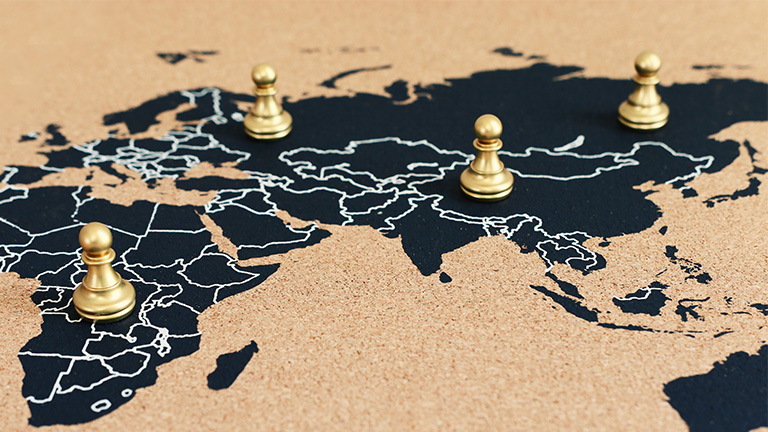 President Putin’s war in Ukraine: a wake-up call for Japan 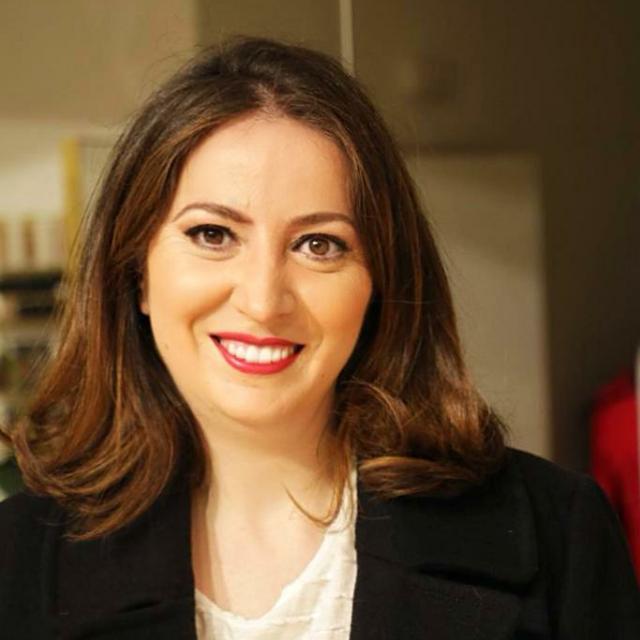 “History doesn’t repeat itself, but it often rhymes”  Mark Twain

The 28th EU-Japan Summit on 12 May in Tokyo[1] conveyed a strong message of solidarity with Ukraine and firm determination to defend the peaceful rules-based international order. Japan is the EU’s closest strategic partner in the Indo-Pacific. Notably, it was also the first Asian nation to respond at rapid pace and with such significant resource to Russia’s military aggression in Ukraine. Moreover, a Russian victory would potentially heighten Japan’s security risks.

Prime Minister Fumio Kishida has openly condemned Russia’s illegal aggression against Ukraine, saying that it “undermines the very foundation of the international order”. Japan has therefore joined the larger international community in sending a clear message that any unilateral attempt to alter the status quo by force will trigger an unbearable cost for the aggressor. The EU and Japan are completely as one in both the United Nations and the G7, confronting this security threat and taking resolute actions.

When Russia annexed Crimea in 2014, former Prime Minister Shinzo Abe was reluctant to impose sanctions on Russia. Japan wanted to maintain diplomatic leverage with Moscow to resolve the territorial dispute over the Russian-held Southern Kuril Islands, seized by the Soviet forces at the end of World War II but still claimed by Japan as its Northern Territories. Positive relations with Russia was a leading priority for Prime Minister Abe, including fostering economic cooperation between the two countries. However, in July 2020 the Putin administration included a clause within Russia’s amended constitution that explicitly banned territorial concessions.

After Russia’s invasion of Ukraine in 2022, Prime Minister Kishida swiftly enacted sanctions against Russia, Belarus, and the so-called Donetsk and Luhansk People’s Republics. However, as President Xi chose to reinforce strong alliances with President Putin, and China has been overtly threatening Taiwan should it make moves towards its own independence, surrounding nations, including Japan, are now acutely aware of how Russia’s actions might reverberate. On 22 March, Russian Foreign Minister Lavrov announced the suspension of peace treaty talks related to the disputed Kurile Islands and put Japan on its list of “unfriendly countries”.

Russia’s invasion of Ukraine not only threatens to destabilise the Indo-Pacific region - where Japan has its own concerns about China’s claims in the East and South China Seas, but more profoundly, the entire international order. The China-Russia joint declaration on “no limits friendships” of 4 February has already alerted Japan as endangering its vision towards a Free and Open Indo-Pacific.

Japan has strongly contributed to the international front against Russia, particularly in the United Nations and G7 frameworks. As the situation evolves, the country will further intensify the diplomatic and economic pressure it exerts on Russia. As a matter of fact, Japan has been vocal in its censure of the Russian Federation, voting for the United Nations General Assembly Resolution of 2 March[2] condemning Russia and demanding immediate withdrawal of its military forces from the territory of Ukraine. Tokyo also supports an ongoing investigation by the International Criminal Court into accusations of Russian war crimes in Ukraine and would support an independent inquiry by the United Nations. In addition, Japan co-sponsored the UNGA resolution calling for the suspension of the Russian Federation from the United Nations Human Rights Council on 7 April.

Since 24 February, Japan has imposed a growing number of far-reaching sanctions[3] against Russia in coordination with the EU, the US and other G7 partners. These include sanctions against banks and other organisations and individuals in the Russian Federation, Belarus and the Eastern Ukrainian breakaway regions. Japan has also extended the scope of persons subject to asset freezing among those who have close ties to President Putin. Moreover, Japan has tightened financial sanctions through cooperation with cryptocurrency exchange entities and others to prevent circumvention of sanctions. As a member of G7, Japan will also cooperate to prevent Russia from receiving financing from the IMF, the World Bank and the European Bank for Reconstruction and Development (EBRD), among others.

In addition, Japan has also imposed export controls on a large number of dual-use, high technology (e.g. semiconductors) and luxury goods. In line with G7 partners, it has revoked ‘Most-Favoured-Nation’ status, which entails preferential trade measures towards Russia.

On 8 April, Prime Minister Kishida announced a full-throated new round of sanctions, declaring that Japan will phase-out imports of Russian coal, which account for 11 percent of Japan’s total coal imports in 2021. Moreover, Japan will ban imports from Russia of machinery, lumber and vodka, prohibit new investments in Russia and freeze the assets of Sberbank and Alfa Bank, two of Russia’s largest banks. Finally, Japan will further extend the list of those subject to having their assets frozen to roughly 550 individuals and 40 organisations.

In a break of its policy, Japan has supplied Ukrainian forces with unprecedented non-lethal military equipment and announced that it would accept a limited, but symbolic (by Japan’s standards) number of evacuees from Ukraine. On 9 April, Prime Minister Kishida participated in the Stand Up For Ukraine Pledging Event organised by the European Commission and Canada. Japan will provide a total of USD 300 million, including USD 200 million in emergency humanitarian assistance through international organisations and NGOs, in such areas as health and medical care, food assistance and protection of displaced people, and USD 100 million in loans to support Ukraine’s economy.

Towards a more assertive security strategy

Japan’s increasingly conflictual security landscape has prompted preparations for a new national security strategy by the end of 2022 as well as an intended substantial increase in defence budget and capabilities. It is vital for Japan to be able to effectively defend itself, and the country has long kept its defence spending to a minimum (less than 1% of its GDP).

While Japan’s alliance with the US is irreplaceable, it has also been expanding its security ties with other partners, in pursuit of its Free and Open Indo-Pacific vision. Japan welcomed the EU’s Strategy for cooperation in the Indo-Pacific released in September 2021, and supports European naval presence in the region. The EU aims to take a more active role in the Indo-Pacific and it will expand its Coordinated Maritime Presence in the North-West Indian Ocean. Japan has also stepped up its engagement with Australia, India, ASEAN, Southeast Asian nations, France, Germany, and the United Kingdom.

Prime Minister Kishida met President Biden for the first time at the Japan-US Summit on 23 May in Tokyo. The perceived increase in threat from China in the Indo-Pacific has pushed the two nations’ relationship to new heights. Prime Minister Kishida welcomed the launch of the Indo-Pacific Economic Framework for Prosperity (IPEF), an attempt by the US to reassert its economic leadership in the region even after its withdrawal from the Trans-Pacific Partnership (TPP). The Japan-US joint statement[4] also serves to state a policy of cooperation to “deter and respond” to China’s growing ambitions in the Indo-Pacific region. At the joint press conference, President Biden affirmed that the US would use its military to defend Taiwan if China attempts to take the island by force - a warning that appeared to overturn the US policy of ‘strategic ambiguity’ traditionally held by Washington. Afterwards, the US Secretary of State Blinken[5] confirmed this point: “as the President said, our policy on Taiwan has not changed. We remain committed to our ‘one China’ policy.”

The following day, on 24 May, Prime Minister Kishida hosted the fourth summit of the Quadrilateral Security Dialogue (QUAD) in Tokyo, and their second in-person meeting, with attendance from the new Australian Prime Minister Albanese. The QUAD announced new initiatives such as the Indo-Pacific Partnership for Maritime Domain Awareness (IPMDA). In a notably resolute tone, the leaders of the QUAD[6] – Australia, India, Japan and the US - expressed opposition to coercive, provocative or unilateral actions that seek to change the status quo in the Indo-Pacific, clearly a warning shot to China. However, the QUAD joint statement avoids pointing the finger at Russia: India is the biggest exporter of arms from Russia and has a long-standing friendship with Moscow. India is the only member of the QUAD that has not yet condemned Russia’s aggression against Ukraine.

It may be that Putin’s invasion of Ukraine reflects the end of the post-cold war period, with consequences only now beginning to unfold. A complex geo-political context, with many countries reluctant to ally themselves with either the West or Russia, leaves any predictions partial and in their infancy.

The views expressed are purely those of the writer and may not in any circumstances be regarded as stating an official position of either the European External Action Service or the European Union.

Henry Kissinger (2022), ‘We are living in a totally new era’. Financial Times, April.

Angela Stent (2019), ‘Putin’s War: Russia against the West and with the Rest’. Twelve Books.

[2] The resolution was prepared by the European Union hand in hand with Ukraine and countries from all regions of the world, immediately after the UN Security Council was prevented to act by a Russian veto on 25 February.