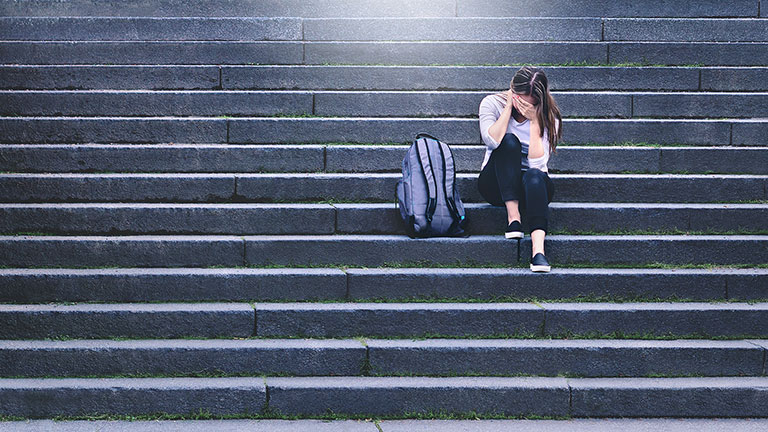 The psychology behind bullying: how to detect it

Bullying is often associated with specific contexts, such as school, work and family life, but it happens in many other areas of our lives as well. Abuse comes in many guises and can become a silent process difficult to prove. How can we detect bullying? What does the law have to say about bullying? Does current legislation protect victims in all cases in which bullying can occur?

The Conflict Management Research Group at Esade, led by Professor Teresa Duplá, has spent years investigating the legal aspects of bullying. In their most recent work, La respuesta de la ley ante el bullying [What the law has to say about bullying], an interdisciplinary group of more than 20 experts, working in collaboration with Deusto, the Couple and Family Research Group (GRPF), Comillas ICADE and the Santander Chair, analyse the many forms that bullying can take and the legal challenges posed by this form of intimidation.

In this interview with Dr Carles Pérez Testor, a professor at Blanquerna, we will take a closer look at one of the book chapters, which analyses the psychology behind this form of harassment, abuse and intimidation.

Do Better: What drives a person to be a bully?

Carles Pérez: Bullying is a way of interacting by embarrassing and dominating the victim, projecting onto them everything negative that the bully wishes to be rid of in him or herself and making them contemptible and ‘deserving’ – in the bully’s eyes – of attacks and humiliation. The fact that no one in the group does anything to prevent it can lead the bully to feel legitimised in the harassment and this passivity on the part of the people around them increases the damage to the victim.

Does looking on passively make the problem worse?

Bystanders act as third parties in the interpersonal scene and are key to enabling the bullying to persist. It is critical to stress that ‘bullying bystanders’ play a role. They are not passive witnesses, but active participants involved in the social architecture of violence.

What role do bystanders play in bullying?

For example, school bullying can be redefined from a triadic perspective. From this perspective, the roles of the participants (victim, bully and bystanders) can be seen as representing a process of disassociation, whereby the victim is clearly disassociated from the group and cast into the role of ‘other’, a role that is introjected following the bully’s projection – ‘they aren’t one of us’ – and a feeling shared by the community of onlookers. In these cases, violence can be tolerated, because the victim does not belong to the group. The bullying bystanders’ position is described as that of the parties who are not responsible, so the blame falls on others.

Silence can make us complicit...

When bullying happens at school or in the workplace, peers play a key role as facilitators of the violence or as protectors. That is why interventions with the victim’s peers can be an excellent prevention programme, allowing them to recognise the disassociated individuals as part of the group and interrupting the processes of disassociation and fragmentation that are part of the defensive process. This group work transforms the projections into respectful and altruistic communication.

What types of behaviours are considered bullying?

Bullying might generically be understood as any behaviour involving harassment, abuse or intimidation, regardless of where it takes place or under what circumstances. From a clinical perspective, the repetitive, systematic nature of the behaviour and the intention to cause harm to or hurt someone who is usually weaker are the main characteristics of bullying.

Every day, hundreds of thousands of people fail to carry out their daily tasks or perform poorly at work out of fear of being intimidated or bullied

How can we identify a case of bullying?

To identify cases of bullying, prevention programmes need to be implemented. One of the most frequently cited works in our research is the Olweus Bullying Prevention Programme. This programme was designed, from the start, as a large-scale project, following 2,500 students from 42 schools over a period of two and a half years. The results point to a 50% reduction in cases of intimidation and bullying amongst peers and a significant reduction in both general antisocial behaviour and vandalism, fighting and theft by students.

How does bullying affect the victim psychologically?

Every day, hundreds of thousands of people fail to carry out their daily tasks or perform poorly at work out of fear of being intimidated or bullied. If we focus on young people, to cite the classically studied group, although school bullying has declined since the 1990s, it remains a major problem in the social and mental health field, which has serious negative consequences for the victims.

Most of the existing literature has documented the short-term negative consequences of peer victimisation at schools. Although one recent study did show that the long-term mental health effects, such as anxiety, depression and suicidal ideation, continue into adulthood, the research on the long-term effects is quite limited.

Professor, Department of Law at Esade