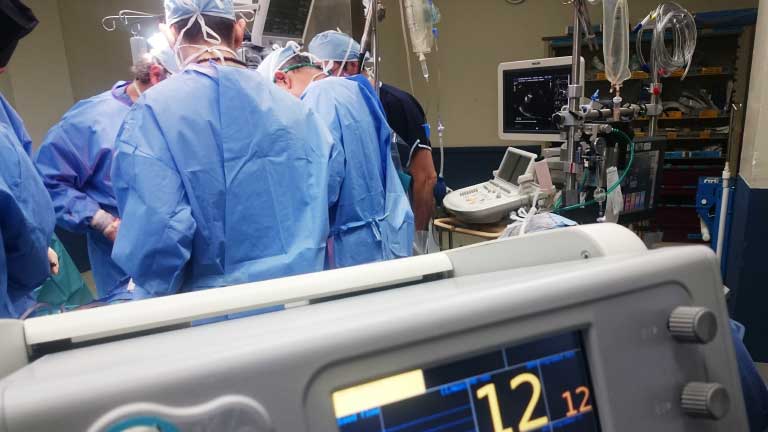 Over the last few decades, numerous studies have analysed performance differences in the healthcare sector between public and private hospitals across the world.

When delivering healthcare services, can public hospitals outperform private ones? Or is it more likely the other way round?

A major argument in favour of the private sector providing public services is that it could increase service efficiency. But there is mixed evidence that confirms with certainty whether private organisations in the healthcare sector perform better than their counterparts.

This opens up another question: if private organisations providing public services could lower costs and increase efficiency, what would happen to their public counterparts?

Earlier studies on privatisation tend to give a higher performance ranking to public services provided by privately-owned organisations, but this performance gap has attenuated over the last few years.

Although several studies demonstrate that publicly-owned hospitals in the United States are less efficient than those that are privately-owned, other findings challenge this logic and provide evidence that private hospitals are the ones that tend to be less efficient.

In Europe, several studies show different trends. In Belgium, for instance, publicly-owned hospitals are on average more efficient than their private counterparts. In Germany, some studies show a similar pattern, but others reveal that there are no significant differences in cost efficiency between public and privately-owned hospitals.

In Asia, public hospitals experience higher costs per patient than those that are owned privately, while in Australia, there are no differences in costs between public and private hospitals.

To clear up these mixed results, we conducted research analysis across healthcare studies for the USA, Germany, Taiwan, Belgium, Spain and Italy using data from public and private hospitals.

In Belgium, publicly-owned hospitals are on average more efficient than their private counterparts

We compared the countries’ differences in both healthcare costs and performance levels. Our aim was to demonstrate whether public organisations in the healthcare sector performed better than private ones or vice versa. Our findings bring good news for public hospitals.

Financial costs and efficiency – who wins?

Some scholars have suggested that because public sector organisations operate without market pressures, they cannot benefit from the information the market provides to improve their performance. Instead, they rely on political will and budgetary changes: both aspects that can limit their production levels.

Regardless of this, our analysis shows a genuine effect in favour of public sector hospitals. We found evidence that the provision of health services is cheaper if provided by the public sector.

Indeed, public sector hospitals outperform their private counterparts when the goal is to reduce financial costs. This is good news for governments and taxpayers: public health services are cheaper and allow for better financial savings.

However, there is a secondary aspect where private hospitals are better: productive performance. The findings show that when technical efficiency is considered, the private sector performs better than its public counterparts.

When measuring healthcare performance by country, the findings showing that private hospitals tend to be more efficient do not hold for the United States and Germany.

A possible explanation for these results can be found in the public sector’s performance levels by country published in the World Economic Forum’s Global competitiveness report. According to the report, Germany and the US rank similarly and are identified as having the best performing public sectors worldwide.

On the contrary, Taiwan, and particularly Belgium, Spain and Italy – the four remaining countries in our study – rank much worse in terms of public sector performance.

Our analysis demonstrates that comparing public and private performance requires a broader framework that includes several moderating factors that go beyond whether ownership is public or private. Only by developing further research on these additional factors will we be able to distinguish when and how private organisations could be a better option for delivering health services.

This article is based on joint research by Esade and the Research Institute of Applied Economics published in the International Public Management Journal.