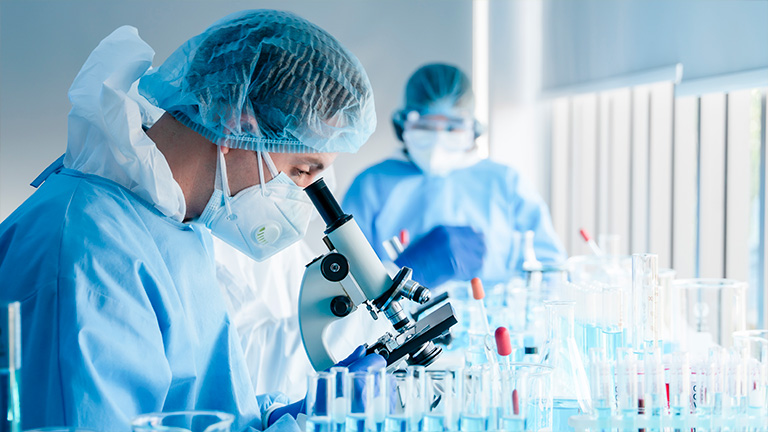 Despite tentative progress, obstacles persist: lack of coordinated policies, failure to retain talent, and inability to prioritize the transfer of knowledge

This is significantly higher than prior to the pandemic (when R&D investment accounted for just 1.25% of GDP) but we must not be complacent considering the same indicator in the leading economies: Israel spends 5.44%; South Korea, 4.81%; United States, 3.45%; Switzerland, 3.15%; and Germany, 3.14%. The 2.4% outlay in China (an insignificant player in global R&D 10 years ago) is already above the EU average.

Despite the relative improvement of recent years (possibly thanks to the injection of European funds under the EU’s Next Generation recovery plan), the Spanish economy now spends the same percentage of its GDP on R&D as in 2010. A lost decade, hampered by the policies to reduce public spending implemented in the wake of the financial crisis of 2008.

The challenge is far from easy: Spain must quickly ratchet its R&D efforts up to 3% of its GDP. This was in fact the goal set by the EU at the Lisbon Summit in 2000, driven by Europe’s determination to become “the world’s most competitive, knowledge-driven economy in 2020”, marking the start of the unfulfilled Agenda 2020.

All this is in a global landscape of cut-throat competition in technology. Plans for post-pandemic recovery, a better understanding of the technology prompted by Covid, and the new cold war between the US and China have sent global R&D efforts soaring. According to the World Bank, R&D investment is gathering pace significantly around the globe and has already reached 2.63%: an increase of 25% over the last four years.

It must be said that by last August, China had already outstripped the US in terms of scientific production, both quantitatively and qualitatively. Although it went unnoticed, this was possibly one of last year’s most important news items given its impact on the fundamental changes happening in global geopolitics.

A company that invests far less in R&D than its direct competitors has either a distinctive business model or a short-lived future. The same applies to national competitiveness: either we have a distinctive and perhaps not always optimal business model (i.e., sunshine and tourism), or our long-term prosperity is seriously endangered.

Levels of R&D investment in Spain are far from ideal and not in keeping with an economy of its stature. Spain is the 14th economy in the world (4th in the EU) but its R&D:GDP ratio is at the tail of the OECD, the EU and Mediterranean Europe. This means that proportion of technology and productivity in the Spanish economy is very low.

As regards the main innovation indicator, the R&D/GDP ratio, Spain already lags behind Greece, Portugal, Hungary and the Czech Republic – countries whose technological capacity was far lower than Spain’s just a few years ago. It must be remembered that investment in productive R&D is a key indicator of a country’s future economy and affects the capacity to create decent jobs and an acceptable, sustainable welfare state. The R&D of today equates to the employment, healthcare and pensions of tomorrow.

Spain’s R&D policies have been buffeted by constant fluctuations, interruptions, budgetary uncertainties and fragmented powers. The responsibility for innovation today is distributed amongst four ministries: Economy, Industry, Science and Universities. In other words, a strategic process that should constitute the backbone of the economic policy of an advanced country is divided between several ministries with no well-defined co-ordination between them.

Generally speaking, no one provides real, permanent leadership: governments know that they have limited life cycles and that the outcome of innovation policies will only emerge in the medium or long term. R&D is not a vote-winner. But neither civil society, nor social stakeholders, nor even universities have conveyed a sense of urgency or demanded or stabilized R&D policies from a holistic outlook linked to economic policies.

All this is in addition to the red tape, inflexible administration and excessive preventative controls that hinder the agile handling of resources – when available. One example is the frustratingly slow implementation of the PERTE programs (the strategic plans for economic transformation and recovery financed by EU NextGen funding): just 9.1% of which had been allocated by the end of 2022.

Opportunities do however exist, and the foundations are already in place: Spain is a country that creates and exports talent and knowledge. Spain has network of outstanding universities that produce professionals held in high esteem internationally. Spain’s scientists publish excellent research findings often cited in global knowledge networks.

But, unfortunately, not all of Spain’s young talent finds opportunities in Spain, nor is all the knowledge produced ploughed back into real competitiveness, jobs or economic growth.

Spain has focused its efforts and tax receipts on developing a remarkable supply system (creation of knowledge and scientific talent mainly in public settings) but has not taken the necessary steps to create more sophisticated demand (the shift from an industry-based to a technology-based economy). Scientific policies have been implemented but the industrial policies needed for creating an economic fabric with a high technology content have been neglected.

Innovation with a small “i”

Spain’s public policy remains entrenched in a mistaken, obsolete paradigm: the famous “R&D&i” (with a small “i” for innovation). A paradigm that seems to suggest that what really matters is heavy investment in research (with a capital “R”) and that innovation (with a small “i”) will occur spontaneously as a result of the former.

But this is not the case. Research and innovation are two phenomena that are interlinked but not linear. Scientific policy (research) generates knowledge, whereas innovation generates economic growth based on new ideas or new knowledge. Spain still thinks that generating knowledge is sufficient and has done so reasonably.

There is an urgent need to boost the transfer of knowledge and, above all, to prioritize industrial research

There is an urgent need to boost the transfer of knowledge and, above all, to prioritize industrial research. The real challenge facing Spain’s system of innovation is how to convince companies to systematically conduct research with a view to generating competitive products and processes.

It is wrong to think that R&D only occurs in universities and public-sector centers: in leading countries, more than 70% of R&D happens in companies (hence it is far more focused on achieving an economic advantage). In Spain, companies only account for 50% of R&D.

It would be incorrect to interpret this as “companies failing to do their homework”. What it really means is that no robust policies designed to encourage corporate R&D have ever been implemented, unlike in other countries, and most advanced economies are doing precisely this at the moment. Spain must seize the opportunity of the EU recovery funds and join the global undercurrent of increasing the weight of technology in its economy.