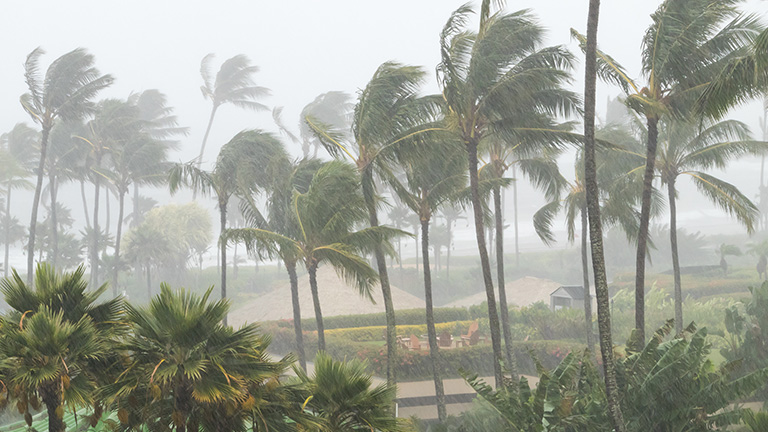 The role of business in reducing disaster risk

Climate change is causing more frequent, extreme, and unpredictable disasters. Heatwaves and wildfires, storms and floods, drought and disease: the impact of global warming is far-reaching.

The Paris Agreement addresses the crucial areas necessary to combat climate change, including targets for limiting global temperature increases. The lesser-known Sendai Framework works in conjunction with the Paris Agreement and aims to reduce the risk of the unavoidable disasters the world is already experiencing.

Endorsed by the UN General Assembly in 2015, the framework advocates for: “The substantial reduction of disaster risk and losses in lives, livelihoods, and health and in the economic, physical, social, cultural, and environmental assets of persons, businesses, communities, and countries.”

The Sendai Framework has seven global targets and 38 indicators for measuring progress on reducing disaster risk and losses. This year sees the mid-term review of the framework, which will conclude with a political declaration at a high-level meeting of the General Assembly in May 2023.

“We need end-to-end and people-centered systems which will stop the spiral of disaster destruction and contribute to a more sustainable, more resilient, and more equitable future,” says Mami Mizutori, special representative of the secretary-general for disaster risk reduction and head of UNDRR.

Esade researchers have examined the role businesses have to play in global risk reduction and suggest proposals to minimize the impact of disasters.

Lucie Baudoin is a PhD candidate with Esade’s Institute for Social Innovation. She says sustainable natural resource management, in particular the demand for and treatment of fresh water, requires a “critical investigation of collaborative natural resource governance.”

“Sustainable natural resource management is a societal challenge of dramatic importance,” says Baudoin. “Among those resources, freshwater stands out as particularly vital, irreplaceable, and complex. Climate change and growing demographic and economic pressures are expected to increase the demand for freshwater, while restraining the quantity and quality of this resource.”

In research carried out with Esade Professor Daniel Arenas, the pair noted: “In 2017, water crises were ranked third in terms of impact in the World Economic Forum’s global risks landscape, right after weapons of mass destruction and extreme weather events.

"We argue that it is urgent to link water management practices to environmental outcomes, as pressure on ecosystems will most likely increase with economic and climatic changes. A better understanding of sustainable water management is therefore more urgent than ever, and organization and management studies have a role to play."

According to Marc Castellón Durán, a researcher in Esade’s department of Society, Politics and Sustainability, and Àngel Castiñeira Fernández, professor and director of the Esade Chair in Leadership and Sustainability, risk reduction requires a focus on biodiversity.

“Major international summits have focused on the consequences of rising temperatures and how we can avoid them,” they say. “But biodiversity is the next major issue.”

“The global loss of biodiversity is one of the first negative consequences of the Anthropocene, a geological period suggested in 2000 by Nobel Prize winner Paul Crutzen to describe the considerable influence of human behavior on the Earth over the last 70 years. We are in a situation of unprecedented ecological precariousness.”

“Action derived from information and sustainable leadership is the best lever for the private sector to help conserve and restore our ecosystems.”

Tobias Hahn, a professor in Esade’s Department of Social Sciences, agrees that business sustainability has a major role to play in reducing the impact of global disasters.

“Barely a day passes without news of a natural disaster blamed on climate change, or a statement from influential scientists calling on the world’s leaders to take urgent action,” he says. “Vital ecosystems are pushed to the point of extinction, and while individual action is welcomed and encouraged, businesses are increasingly expected to operate sustainable practices.”

Hahn’s research into strategies for sustainable business, carried out with Maja Stamp, outlines a range of regenerative strategies based on three areas: restore, preserve, and enhance.

“The three regenerative strategies we propose take social-ecological systems and their functioning as a starting point,” says Hahn. “However, they differ in the degree to which they fully engage with the notion of regeneration.

“The stress that many social-ecological systems are under — and the pressure that human economic activity, and not least business activity, puts on them — highlights the need to rethink business strategy.

“We argue that regenerative business provides a key step into this direction.”