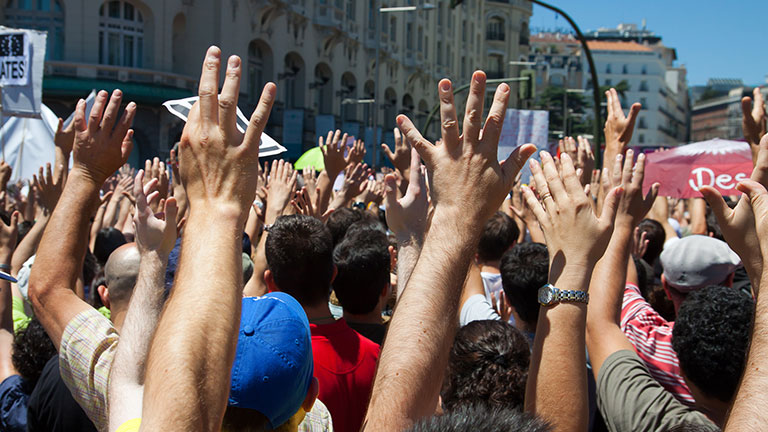 10 rules to be better people

Are you a good person? Surely, in your quest to improve, you have leafed through books – at an airport bookshop or a library – on how to succeed at work, in love or on social media. On how to fatten your bank account or gain more followers online. There are plenty of books like that. But how many have you seen on how to be a better person, on how to live an ethical life? Possibly not many, which is why I wrote the Decálogo del Buen Ciudadano [Decalogue of the Good Citizen]. After so many self-help books, I thought we could use one on self-destruction.

We have to tame the gigantic ego that swells our heads from childhood (‘you are special’, ‘you can do anything you set your mind to’) to adulthood (‘nothing is impossible’), from our elementary school desks to pop psychologists’ couches. Contemporary culture is marked by what (non-pop) psychologists describe as a ‘narcissism epidemic’. More than any previous generation, we believe we are exceptional. And if that led to happiness, it would not be a problem. But the opposite is true. We are more tormented than ever because life continuously reminds us that, no matter how hard we try, our plans for personal aggrandisement will always be thwarted.

We have deified ourselves because we have killed the old gods

We have deified ourselves because we have killed the old gods. The New Right that emerged in the 1970s killed the Christian Democratic god: there were no longer religious or moral precepts that stood between human beings and total enrichment. The sole social responsibility of a business was to produce profits for its shareholders, as Milton Friedman wrote in his famous essay in the New York Times in 1970. Greed is good became the motto. The stodgy old Christian Democratic leaders in Europe and the ‘compassionate’ conservatives on the other side of the Atlantic have been replaced by politicians such as Berlusconi, Trump, or Boris Johnson. Some have conflicts with the law, others boast about not paying taxes. All of them encourage a nihilistic neoliberalism.

The New Left has likewise killed the progressive equivalent of the Christian God: the homeland as a political community, as an unfinished nation. Where the New Right has been promoting economic individualism for decades, the new left has focused on cultural individualism: we owe nothing to our country. Do not ask (as the Social Democrats once did) for us to do military service (which today could be civilian too) when we come of age. On the contrary, now we want the state to give us something, a universal inheritance or those more than 100,000 euros that every citizen should receive at the age of 25, according to the economist Thomas Piketty. No more asking people to make sacrifices. Today progressive policy is simply about offering rights to increasingly deified citizens.

Where the New Right has been promoting economic individualism for decades, the new left has focused on cultural individualism

How do we un-deify ourselves? Whilst I do not think there is a magic solution, in the book I propose 10 concrete rules, 10 guidelines to build character, using the classical definition of ethics from Ancient Greece. And character is built not with one piece, but with many. Character is a balance of virtues, which must be constantly weighed against each other. If we pursue just one, it becomes a vice.

The 10 rules are a distillation of the knowledge of men and women who, throughout bhistory, in periods quite different from – but more turbulent than – our own, reflected on the meaning of existence. They are as follows:

In the first chapter, I define what I understand to be the fundamental problem of our times: disintegrating individualism. From there, I describe the effects of this hyper-individualism: loneliness and mistrust in others. Crucially, the consequence of excessive individualism is that many of us end up embracing the most rudimentary forms of tribalism, such as religious fundamentalism or national populisms.

To reverse this, we need to recover our belief in a transcendental project or entity, such as God or country. However – and this is the crux of the book’s argument – this transcendental ideal must be abstract and diffuse, to prevent the religious (or political) leader in power at any given time from appropriating the role of unequivocal interpreter of the designs of that god or transcendental entity. The essence of a good god is that no individual – no pharaoh, emperor or revolutionary leader – believes him or herself to be God, above the rest.

In short, the book is both a vindication of religion (whether confessional or civic, such as patriotism) and a critique of the ways it is misused to benefit certain groups.

Individual online tutorials. A vaccination for the educational fallout of the pandemic?

Social in review: 5 most popular articles on Do Better

Involvement in governance structures of third-sector entities: a public-benefit experience