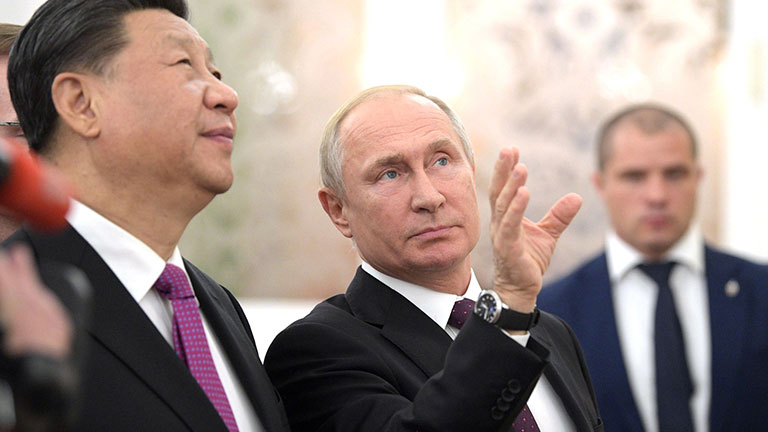 The conflict is widening and new strategic scenarios are opening after China joined international talks. It is too early to predict the role that China may play in the outcome, but we can point to the keys behind its action. China maintains a doctrine of non-intervention in internal affairs and is committed to the principle of sovereignty and territorial integrity.

With its own internal problems (Tibet and Hong Kong) and the Taiwan dispute, China does not want a public discussion of the geographical nature of nations and their inhabitants, types of political regimes, nor the treatment of minorities. Its diplomacy is unlikely to move in this direction. On the contrary, we will see a reinforcement of the principles of peaceful coexistence, which form the basis of relations with India. Namely, mutual respect for sovereignty and territorial integrity, mutual non-aggression, non-interference in the internal affairs of other countries, equality and mutual benefit, and peaceful coexistence. These five principles have formed the basis of China's foreign policy and there will be no major changes.

The mediation proposal is still very green but could be based on trust. Vladimir Putin and Xi Jinping maintain regular conversations and enjoy some sort of personal relationship with more than 40 bilateral meetings. Some analysts point to a certain mutual esteem or, at least, a certain personal harmony in their way of understanding the configuration of the world scenario.

At a time of growing international isolation, a dialogue between global leaders is an opportunity to resume the political and diplomatic path. Putin may need someone to consult on transcendental measures and that person, right now, can only be the Chinese president. Macron does not seem an authoritative voice, although a convincing presidential victory could catapult him into the role of European leader. Boris Johnson's plan looks more like the umpteenth attempt by Downing Street to make sense of the ‘Global Britain’ mantra than a solid strategy for diplomatic action.

The third element for gauging the strategic relationship is China's own interest. A scenario of close collaboration with Russia is suggested in a push for deglobalization and a permanent dismantling of multilateral organizations and the international global order. The price of such a strategic option is very high, because it implies China sustaining the weight of a very limited Russia that is rich in gas and oil but lacks value-added products or services.

Moreover, Russia is dependent on exports to China (about 17% of its total). In contrast, the Russian market represents barely 2% of Chinese exports, a figure similar to that of the Australian market, and far below the 17% represented by the United States. Thus, the Russian economy depends on China for technology and value creation, while Russia is merely a secondary economic player for China.

The Russian economy depends on China for technology and value creation, while Russia is merely a secondary economic player for China

The second strategic option is unlikely. China could leverage its influence on Russia to persuade America and the European Union to heed its demands. Preventing the formation of a Sino-Russian bloc is a real concern and the multiplication of Asia-Pacific trade agreements signals an era of changing economic relations.

This is the moment to secure positions and establish a hegemonic position without war. China may find the chaos of a friendless Russia at war unattractive for its international project for the decade ahead. Even more so when political and ideological competition with America and the EU has other spheres (such as technology and culture) in which collaboration is possible. This option may better express the desire of Western intelligence rather than representing an articulated plan.

This brief analysis of the strategic options helps identify the priorities of each player, assess possible short-term moves, and understand the gravity of the decisions we will see taken in the week ahead. China, at its own pace, will be decisive in the escalation or de-escalation of the war, the resolution of the conflict, and the economic reconstruction of Russia.