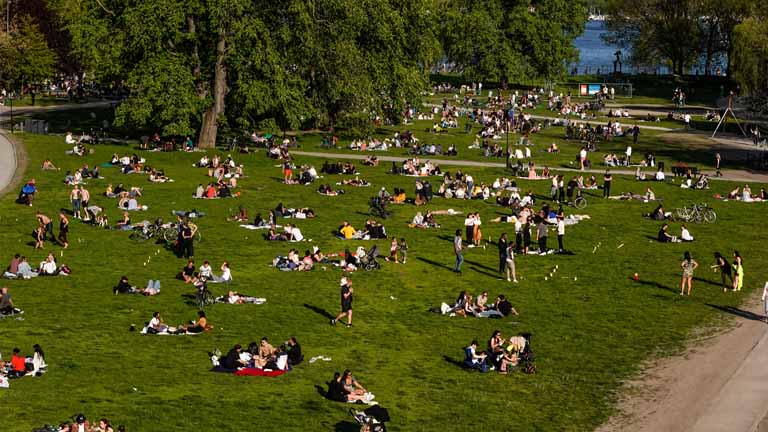 Too much science will kill you

The year is 2020 AD. The Western world has been entirely locked down to battle the Covid-19 crisis. Well, not entirely...

A country of indomitable science-based policy-makers, Sweden, hold out against the continental trend. Sweden's state epidemiologist Anders Tegnell is author of impressive research on which measures have worked best against world pandemics. Yet the overreliance of Sweden on top-notch scientific advice may have paradoxically been harmful for fighting the coronavirus threat.

As Aristotle said, every virtue carried to the extreme, is a vice. Policies should be based on scientific criteria, but cannot only be based on them. For scientific standards have become so stringent in recent years, that none of the interventionist measures available at the beginning of this pandemic had accumulated enough empirical support to get the thumbs up by a very strict scientist.

Take the case of school closures. The only country that has kept most schools open is precisely the one whose chief epidemiologist, Tegnell, has conducted some of the most widely known research on the effects of closing schools during pandemics. His work points out that school closing may be effective, but depends on different factors, many of which were unknown when the pandemic broke out. A narrow interpretation of his findings was thus that one cannot be statistically sure that closing schools is working. Therefore, let’s not close them.

In contrast, other European countries did not rely on the (non-existent) quantitative evidence on the effectiveness of closing schools or forced lockdowns, but on the qualitative evidence coming from the Asian countries earlier hit by the pandemic. Tough compulsory measures seemed to have worked there. So, let's go for it.

Other Western countries have prioritised the conservative principle of prudence over the rigorous principle of science. All authorities have faced the same dilemma between two polar policies: on one hand, the wait-and-see approach, where the worst costs (an uncontrolled virus killing thousands of citizens) are enormous, but uncertain; on the other hand, the draconian approach, where the worst costs (economic paralysis) are not so enormous, but certain.

The principle of prudence seeks to avoid the worst scenario (a massive death toll) at all costs, and that is what most countries chose.

Yet Sweden followed a narrow principle of statistical inference: the data on the downsides of the draconian approach were very clear (if you impose a lockdown in your country, your economy will certainly suffer), whereas those of the wait-and-see approach were rather fuzzy (no-one knows how many people could die). Consequently, Sweden took the gamble.

We political scientists are not qualified to evaluate the scientific reasons behind Sweden's peculiarly risky approach, but we can raise red flags when countries with similar socio-economic, political, cultural, geographic and climatic characteristics like the Nordic countries produce so different results in a policy area. The death rate in Sweden is 5 to 10 times higher than its neighbours'. Everything seems to indicate that this country has done something wrong.

We political scientists cannot assess whether Sweden had particular features (whether in its elderly care system, or in its peculiar distribution of population density) that justified a policy approach that was not just different from other Nordic countries, but basically the rest of the world.

It is not the particular measures taken by the Swedish government what concern us – not what, but how.

What concerns us is the arrogance, the feeling of superiority vis-à-vis the whole planet, that has been exhibited by the promoters of the Swedish policy. We were told the rest of the world's health authorities were scientific amateurs, who relied on the dubious and exaggerated warnings made in 'non-peer-reviewed papers.' Only the Swedish were truly experts. This is what worries us political scientists. We see in Sweden's state scientists the traditional overconfident attitude of a policy zealot, of someone who believes too much on their own ideas.

Three months ago, many of us started raising concerns on social media with regard to the Swedish lax approach to fight the pandemic, on the naïve faith put in the individual responsibility of citizens to voluntary take all the precautions required to minimise the spread of the virus.

We also said: we wish we were wrong. We hoped that, even when data started to look bad right from the start, maybe Sweden's approach could turn a successful case in the medium- and long-term.  Perhaps it could be a role model of how to contain the pandemic without the lockdown-induced socio-economic impact. Yet every day it is more obvious Sweden was mistaken.

From a political scientist's point of view, however, this is not the problem. The true measure of political leadership is not to be right, but to change course when you got it wrong. How? We do not know which measures need to be taken, but all over the country, and particularly in regions like Västra Götaland now experiencing a worrying increase of Covid-19 cases, some public actions are required. The reason is as simple as it is cruel: in cities like Gothenburg, people who would be alive if they were living in Oslo or Copenhagen, are dying. It is time that the country most known in the world for protecting its citizens lives up to its fame.