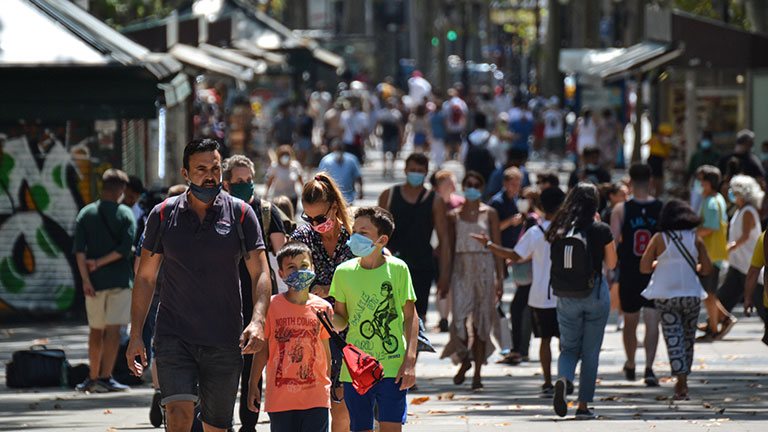 Morals are standards for social living that regulate our behaviour. We use our moral values to guide our actions and reactions, making constant micro-adjustments depending on the context of the situation we are in.

Allowing for some flexibility in what we judge to be morally acceptable is an essential cognitive tool that allows us to navigate daily life; we apply a different set of standards and expectations to a young inexperienced worker than we do to an experienced manager.

But what governs the levels of flexibility we are prepared to apply to achieve an outcome we perceive to be morally correct? How quickly are we prepared to abandon our values in the face of a conundrum, when to do what is morally right would result in harm to ourselves or our loved ones?

What governs the levels of flexibility we are prepared to apply to achieve an outcome we perceive to be morally correct?

To shed light on this moral maze, Esade’s Jordi Quoidbach and co-authors Daniel A. Yudkin, Ana P. Gantman and Wilhelm Hofmann examined how social context affects moral importance. The six-part study of 1,166 people over several months used a combination of a custom smartphone application to repeatedly record participants’ experiences and their contexts, a large-scale survey, laboratory-based experiments and controlled trials.

The results, published in the journal Nature Communication, reveal that people will ‘selectively activate’ different moral values in group situations, according to the demands of the social situation. But when it comes to individual moral values – those which shape beliefs on one’s own rights and freedoms – social context has no impact.

In other words, the moral values people apply to others are influenced by who they are with.

“Because people tend to mentally activate concepts in situations they’ll prove useful, the importance they afford moral values may vary according to whom they are with in the moment. Binding values help regulate communal behaviour, so people may give these values more importance when they’re in the presence of close – versus distant – others. The mere presence of others can affect moral thinking.”

Binding values help regulate communal behaviour, so people may give these values more importance when they’re in the presence of close others

With morality considered the glue that binds society, examining the social context of its influences is important to understand why people may react in ways that differ from their moral standpoint. Previous research offers several explanations, including simple hypocrisy, or a natural tendency to protect loved ones and dole out a personal punishment, with an element of self-interest involved.

Quoidbach’s third explanation, that moral values are ‘activated’ by specific contexts, provides a deeper understanding of inconsistencies in moral behaviour, he says.

“This ‘moral activation’ may play a functional role by helping people to abide by the relevant moral values in a given relational context and monitor adherence to those values in others. Violations to individual values may be considered wrong regardless of where and when they occur, so the importance people ascribe to them is unaffected by who they are with. But, because binding values concern the moral duties conferred by specific social relationships, they may be particularly subject to social influence.”

The psychology of morality

The findings of Quoidbach and his co-authors offer insight into the practical contexts of competing binding and individual values.

“Research on the psychology of whistleblowing, for example, suggests that the decision over whether to report unethical behaviour in one’s own organization reflects a tradeoff between loyalty to one’s community and fairness to society in general,” he explains.

“Other research has found that increasing or decreasing people’s psychological distance from a situation affects the degree to which they apply binding versus individualizing principles. For example, prompting people to take a detached, as opposed to an immersed, perspective on their own actions renders them more likely to apply impartial principles in punishing close others for moral transgressions. By contrast, inducing feelings of empathy toward others increases the likelihood of people showing favouritism toward them in violation of general fairness norms.

“Our work highlights a psychological process that might help to explain these patterns of behaviour: people are more prone to act according to binding values when they are with close others precisely because that relational context activates those values in the mind.”

“Further research may fruitfully examine how different relational contexts impact the importance of moral values beyond the binding/individualizing dichotomy,” he says. “It could also investigate the way that specific values such as fairness, loyalty and purity interact with specific social contexts.

“For example, one might predict that values like respect (but not necessarily loyalty) would come into play when interacting with one’s corporate boss. Our analysis suggests there is more to the picture here than a simple activation of all binding values uniformly. While our predictions concerned the broad impact of close others on binding versus individualizing values, it will be important in future work to specify more precisely which social conditions activate which particular values.

“Understanding the degree to which social context can influence the implicit processing of moral information represents a promising domain of future work.”