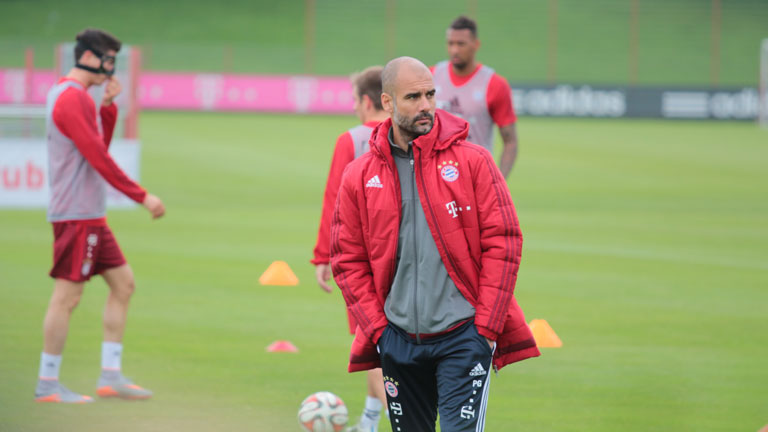 The main sporting novelty of the European Super League (ESL), and its most controversial feature, was that the league would be closed or semi-closed. In other words, a handful of (rich) clubs wanted to start a new league where they could play against each other every year without having to earn the right to play. Leaving other considerations aside, the main counterargument, unanimously repeated by the football (and political!) establishment, was meritocratic and perfectly reflected in Guardiola's words.

This reaction exemplifies with remarkable fidelity the thesis put forward by American philosopher Michael Sandel in his latest book, The Tyranny of Merit. As I commented in a previous post on Esade Do Better, in this book Sandel makes a critical analysis of meritocracy as a hegemonic criterion of fairness in modern capitalist societies, and he considers this hegemony problematic and even perverse. Reviewing some of his theses in the light of the ESL controversy reveals an interesting parallel between football and society when assessing the issues of effort, talent, inequality, and fairness.

When we are successful and rewarded after working hard, we naturally believe that such success and its reward are the results of our efforts and we overlook everything else

1. Sport as a model of meritocracy. Michael Sandel repeatedly points out that sport has become the greatest mass spectacle in the modern world because it offers the chance to see meritocracy in action. Athletes perform honestly and to the best of their ability on a level playing field with previously agreed rules. This is the origin of ‘fair play’, a sporting term that has spread its positive connotations to all areas of social and economic life, and which is a basic condition of meritocracy. If a game is played fairly then the winner is the most deserving player or team. Hence the cheater in competitions (think of notorious examples of doping) is an object of contempt that goes beyond sports fans and is a paradigm of social scorn.

2. Meritocracy is a winning argument in our society. Meritocracy is understood as the idea that everyone is responsible for their efforts, talents, and abilities – and that people should achieve what they can by using all these elements and only these elements. This is the dominant social justice argument of our day.

This is the starting point of Sandel's thesis, and which the ESL controversy has amply demonstrated. Of the criticisms that can be levelled against the project, the one that has been repeated most often, and with surprising consistency, has been the meritocratic argument. The right to compete with the international elite must be earned on the field of play by qualifying through domestic leagues. Assuring a competitive privilege to members of a closed group is unfair.

In contrast to the meritocratic ideal of sport, such inherited privilege corresponds to the model of an aristocratic society, where inequality begins at birth. Nobody now publicly defends aristocracy as a model of social justice. Not even the supporters of the ESL, who tried to persuade the public (rightly or wrongly) that their proposal would be economically successful and would create more attractive televisual events for fans – but they dared not challenge the meritocratic argument. In other words, whoever claims to have meritocracy on their side wins the debate.

3. But meritocracy is deeply biased. It is ironic, to say the least, that professional football defends its existing system of competition as a meritocracy when professional football is known for its radically unequal structure. Football is also known, and reasonably so, for the cliché of being an unpredictable game in which any team can win on the day. This is true if the unit of observation is small (say one match), but empirically false if we are talking about medium or long-term success.

A review of the winners of the main competitions over the last few decades gives an accurate picture of the economic power of clubs. Economic power, and this detail is important, that is not mostly the result of sporting success (such as prizes for victories or gate income) but the product of aspects unrelated to football (experts in sports club finance can explain these points better than I can).

It is indeed the predictability of results that makes so attractive the occasional victory of a small club, an underdog, a David who beats the Goliaths. Such feats, however, are inevitably destined to a short life, because in the rare cases when they happen, the echoes of the celebrations have not died down before the best players and trainers of the David of the day are packing their bags after signing million-dollar contracts with the defeated Goliaths. This is certainly not in line with the meritocratic ideal.

4. But we still want to believe in meritocracy. And as Sandel indicates, this is where the meritocratic discourse becomes most problematic. A psychological effect is created whereby winners naturally attribute victory to their talents and efforts, while losers add to the frustration of defeat by blaming themselves for their lack of talent or effort (which in sport is not so serious, but in real life can have devastating effects individually and socially).

The mechanism is subtle and reveals a dangerous ambiguity. Let's see how it works going back to the previous example. Do teams coached by Guardiola, victorious and successful as they are, deserve their victories because they include talented players who try their best and make use of all their talents? Yes, of course. That is why it is easy to link effort and reward, and this provides (from his perspective) an obvious moral legitimacy.

When starting conditions are unequal, then there can be no fair play before the game begins

But, to rephrase the question, are talent and effort the only reasons why Guardiola and his teams achieve their victories? No is the answer. They win because they work hard, because they have a lot of talent, and because they start with better resources than most other teams, who also work hard, and who also make the most of their talents (something that Guardiola frequently and explicitly mentions). Manchester City, his current team, have been English Premier League champions four times in the last decade. Not bad, especially considering that the club had only achieved such success twice before in the 130 years since it was founded. Have Man City coaches and players worked much harder in the last ten years than they did in the last century, or does the multimillion-dollar club takeover by an Abu Dhabi investment group have something to do with this success?

Of course, money is not everything. In life money does not bring happiness, and in sport it does not bring success, or at least not by itself. Behind the money is an immense amount of work in tasks that ranges from business management to push-ups on the pitch, and without such work there is no chance of victory. And this is where we find the catch. Because when we are successful and rewarded after working hard, we naturally believe that such success and its reward are the results of our efforts – and our efforts are the only and absolute source of our deservedness. We overlook everything else that, in addition to our effort and talent, has contributed to our success.

The best way to see this is to look at those who strive and are not rewarded because their talents and abilities are weighed down by a poor position at the starting line. In professional sport this is perhaps clearer than in any other field, because every professional player is obviously good (meaning talented), and because effort and achievement are at the very heart of the matter. It is said that football is the sport that best reflects real life. I am afraid football also reflects the structural inequality we see in real lives.

According to Sandel, even under conditions of perfect equality of opportunity, meritocracy would have damaging effects. This requires a more extensive analysis than I can offer here. But it is easy to see that when starting conditions are unequal, then there can be no fair play before the game begins, and so the game itself cannot be very fair. Under such conditions, the meritocratic justification for success, regardless of the effort and honesty of the winners, is delusory. This is true in football as in life.

Involvement in governance structures of third-sector entities: a public-benefit experience

Chief Engagement Officer: the differential role of the good CEO