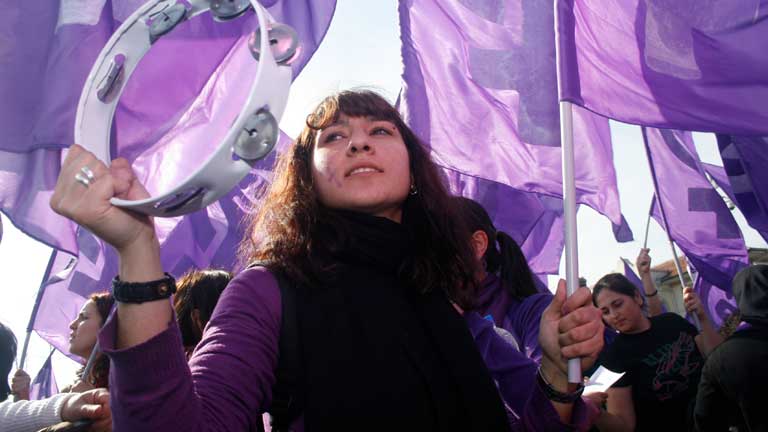 The hidden face of equal opportunities

The first steps to achieve gender equality on the boards of major companies coincided with the 2008 crisis. Norway was in 2006 the first country to legislate to this effect and required listed companies to appoint women to 40 per cent of boardroom seats. Others followed, and data now reveals just how much progress has been made.

The most ambitious underlying theory, supported by some currents of feminism, argues that more women managers will lead to better management. These new women managers are expected to consider a wider diversity of variables, be more prudent, care for all stakeholders (including the environment), and move away from the style of macho business management that was at the root of the crisis. An oft-repeated joke at the Davos 2010 Forum was that the world would have been better off with a Lehman sister among the brothers.

During that time, I witnessed a debate that stayed with me because of the clarity and forcefulness of the arguments. One of the participants, who opposed gender quotas, demanded empirical evidence that female leadership would mean better management and produce societies that were less polluted, less impoverished, and less unequal than those emerging after the crisis. Otherwise, he said, such policies were worthless. His opponent in the debate replied that all this was irrelevant: women had an absolute right to be lousy business leaders and to lead the economy into as many disasters as men had done. It was only a question of justice, and women deserved the opportunities they had been denied, regardless of what they did with those opportunities.

As is common in discussions, both participants believed they were right, and as is also often the case, both were right – once we understand that although they thought they were arguing about the same thing, they were in fact talking about different things.

A conceptual distinction made by the philosopher and feminist Nancy Fraser can help us understand this point. Sometimes when we talk about ‘justice’ we mean claims for legal or cultural recognition, that is, the claim by traditionally marginalised groups to be able to compete on equal social, political, and economic terms with the traditionally privileged. At other times, however, we talk about justice in terms of demands for socio-economic redistribution, which means achieving a greater fairness in living conditions between individuals, regardless of identity or group.

These are two ways of understanding justice that are compatible – and in the best of cases contribute to making society more equitable, more diverse, and with more opportunities and better results for everyone. In short, a better world.

European economies in the middle of the last century were more egalitarian than today's economies, yet they were much less diverse and far less inclusive in both public and private leadership

However, it is possible to advance along one of these paths and not the other. It is perfectly possible to imagine a world in which only members of a certain group (determined by class, gender, race, etc.) occupy privileged positions, but that from those positions they apply policies that tend towards a more egalitarian society. In fact, there is no need to stretch the imagination. European economies in the middle of the last century were more egalitarian than today's economies, yet they were much less diverse and far less inclusive in both public and private leadership.

It is also possible to imagine the opposite. That would be a society which has made enormous progress in terms of equal opportunities, and in which access to decision-making positions in both public and private spheres is subject to effective equal opportunities policies and positive discrimination; but which is also a profoundly and radically unequal society, with severe problems of poverty, social marginalisation, and the many other evils that characterise societies with great inequalities.

Two recent books, one by the Spanish philosopher César Rendueles (Contra la igualdad de oportunidades, Seix Barral, 2020), and another by the enormously popular Harvard professor Michael Sandel (The Tyranny of Merit, Allen Lane, 2020), analyse the latter scenario, starting from the realisation that societies seem to be going down this road. From the policies of quotas and positive discrimination that (as in the example with which I opened this article) have spread in recent years, to movements that get almost unanimous support such as Me Too and Black Lives Matter, these thinkers note a fact that anyone who is minimally attentive to social reality will corroborate: the increasing displacement of discussions about justice to the sphere of what Fraser calls legal and cultural recognition.

Placing themselves at the limits of political correctness, both Sandel and Rendueles use almost identical arguments to warn of the dangers of this perspective. It is a double and incremental problem, because in the best-case scenario, this reduction of the problems of justice to problems of recognition funnels all our energies in a certain direction – and leaves unaltered the many other structural injustices of our increasingly unequal societies. But in the worst of cases, and here their argument becomes more pointed, the rhetoric of equal opportunities softens, or even justifies, inequalities and so leads us away from discussing what is the common good. This perspective reinforces the individualistic, competitive, and unsupportive ethos that (at least in its disproportionate excess) was at the root of the 2008 crisis.

The basis of the argument is as follows: equality of opportunity aspires to put us all on the same starting line (a goal in itself difficult to achieve, but that is another question). Sharing the same starting line is something conceptually easy to describe and easy to accept, but it tells us nothing about the race itself. These authors suggest that posing social justice in terms of equal opportunities, is like agreeing that social justice is a competition in which we start on equal terms, but without agreeing on what comes next. To use the very graphic metaphor of Rendueles, it is like an anti-doping control that ensures nobody shows up to the game with an extra advantage, but nothing is explained about the game to be played or its rules.

Let's continue with sport and move from simile to reality. The rapid growth of interest in elite women's football (including media and network coverage, sponsorship, and advertising) has led to inevitable comparisons between what the world's best paid female footballers earn and what their male counterparts earn. The recent leak of the job contract of one of the world’s top male footballers, which shared front pages with the devastating health and economic effects of the pandemic, has heightened the debate. Aside from the (unsurprising) demagogy and populism, should we be asking ourselves if it is fair that a male footballer earns vastly more than a female footballer, or should we ask ourselves if it is fair that a footballer earns so much more than a nurse (male or female) or a teacher (male or female)?

What Rendueles and Sandel believe, as well as myself, and I am sure most readers, is that it is socially more important to raise the problem of the difference between the salaries of footballers and nurses (male or female). And that the best message we can send today to a talented girl who is good at kicking a football is not that she must focus as her vital aim on the (very tough) competition to become a superstar and dream of having a ruthless agent standing beside her as she signs multi-million dollar contracts.

But like Rendueles and Sandel, and I am sure most readers, I believe men and women should be treated equally, and so it is very tempting to get carried away with the other question – that of the income difference between male and female footballers. This has the virtue of limiting our objective and simplifying the problem without entering a huge discussion about economic justice. Perhaps this is why we focus so intensely on equal opportunity policies, and others like them, which aim to implement what Fraser calls the claims of recognition. But that is also why we must note the warning given by Rendueles and Sandel and remember that these policies have a hidden face that may be obscuring important issues. Justice is not just about members of traditionally marginalised groups competing for the best positions in radically unequal societies. Justice is about societies not being radically unequal. And our societies are.