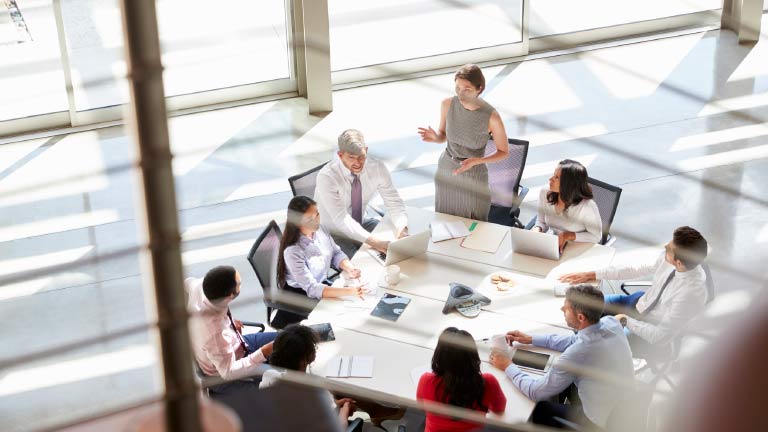 Breaking the glass ceiling in male-dominated fields is an ongoing challenge.

Despite advances, women’s talents are still under-used at decision-making levels, especially at the top.

“It's incredible that most boardrooms have a maximum of one or two women in them. I am not sure you can leave it to us men to get the change to get that 50% representation... I think it needs to be forced on us by law.”

These words by Virgin founder Richard Branson reflect how women executives have failed to achieve equal representation on company boards. It is also why Norway, France, Belgium, Germany, Italy and many other countries are adopting gender quota legislation to boost diversity on boards.

Gender diversity on boards: recommendations and quotas in Europe

The overall low levels of female board representation around the world are surprising as research shows that women’s presence on corporate boards is often associated with:

Several countries around the world have adopted gender quota legislation to ensure gender balance on corporate boards. Those firms that don’t comply face legal penalties and can even be delisted. But there are many kinds of initiatives to boost board diversity.

In Norway, companies that don’t comply with gender quotas are dissolved

For example, in Spain any board appointment that violates the quota is considered null and void. In Norway, the consequences are more severe: Companies that don’t comply with gender quotas are dissolved and their headquarters are forced to relocate to another country.

The Norwegian government was the first to establish a 40% female quota in 2003 for both state-owned firms and publicly-traded companies.

We also find in a co-authored manuscript with Esade Finance Professor Vicente Bermejo and two other co-authors (Vicente Cunhat and Javier Capape), that the Norwegian Sovereign Wealth Fund – worth US$ 1.1 trillion and investing in almost 9,000 companies in 73 countries – has successfully imposed gender diversity on the boards of some of the firms it invests in.

In 2007, Spain passed a 40% soft female quota which is not fully enforced. It only applies to publicly-traded companies with over 250 employees.

In our research, we examined female representation on corporate boards in 25 countries: 10 with gender quotas and 15 with code recommendations.

Countries with stronger family policies, especially those on maternity benefits, are keener to regulate the gender balance. These countries are more likely to establish gender quotas to give women a greater chance of sitting on company boards.

Norway is one of the best examples of a country with a big welfare state. Since the mid-1980s, the nation has greatly enhanced its childcare provision, early childhood education and maternity/parental leave arrangements.

By comparison, countries offering very limited family support are unlikely to develop gender quota policies. For example, the United States – where the percentage of women on boards is under 15% – has some of the least generous policies for maternity and child care.

Our research findings suggest that having a left-wing party in power makes the adoption of gender quotas for company boards more likely.

Left-wing party governments tend to be more egalitarian and have a greater ability to propose and legislate beyond traditional political issues (such as employment rights), helping them focus on other key aspects such as gender rights.

Countries that have a legacy of initiatives to achieve gender balance are more likely to establish gender quotas.

We find evidence that countries with a long history of gender-balance initiatives are more likely to introduce gender-quota legislation for boards of directors.

Norway – one of the leading countries with female representation on boards – is a classic case of a history of previous government decisions which paved the way for gender quota legislation. The country’s 1814 constitution already included the notion of gender equality. Norway was also one of the first countries to grant women suffrage in 1913. In 1978, the country required public authorities and the private sector to promote gender balance and account for it on a yearly basis.

Our research findings suggest that countries that combine two or three of these factors (for example, Norway and Spain) are most likely to quickly implement a sweeping set of gender quota laws with enforced penalties for those who don’t comply.

However, countries that only have one of these three institutional factors in place generally make limited progress on gender quotas.