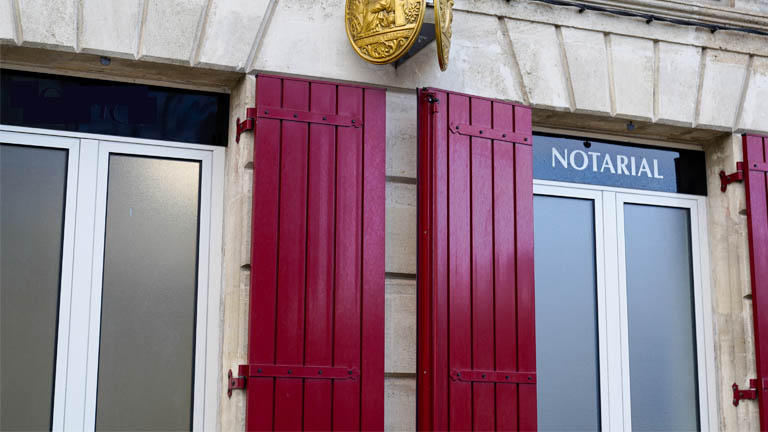 Last will and testament in Covid-19 times

The coronavirus crisis has highlighted the importance of foresight and planning regarding post-mortem property law, and also the options available under Spanish law regarding the disposal of heritage after death.

The last will or testament is the most common legal document for distributing one's property after death. The importance and special safeguards of the same justify the particular formal requirements involved, which concern mainly control by a notary and the presence of witnesses.

These formalities are, however, difficult to fulfil during extraordinary confinement circumstances, such as the Covid-19 pandemic. It is in times like these that the different legal provisions available for making one's last will without the presence of witnesses or a notary should be brought to light.

Spain has several types of will that could be used during a pandemic, bearing in mind that in addition to the civil law of the Spanish state, six of Spain's autonomous regions have their own civil law regimes each with certain particularities.

At present, the Spanish Civil Code includes three methods that could be used when usual notary procedures are difficult or not possible:

1. Will during an epidemic

In Spain, following the publication of Royal Decree 463/2020 dated 14 March declaring a state of emergency to address the healthcare crisis caused by Covid-19, notary activities were restricted to exceptional instances, and notaries were expressly forbidden to visit homes, hospitals or clinics.

The control exercised by a notary was replaced by a subsequent authentication and notarisation procedure that is rather strict and usually more expensive.

Under this premise of exceptional circumstances, the Spanish Civil Code makes specific provisions for what is known as a will in times of an epidemic.

This option allows a will to be made in writing or orally without a notary, in the presence of three witnesses who, due to the circumstances, need not be of legal age. Suffice for them to be aged over 16 but they must know the testator and ensure that he/she is capacitated.

The essential factor that conditions and justifies this type of will is the existence of a declared epidemic. It is not necessary for the testator to be ill or in danger of death as required for other types of wills.

On the other hand, persons of legal age may choose to make a holographic will, i.e. one handwritten by the testator without the need for witnesses.

It is easier to make a holographic will than a will in times of an epidemic, but it involves more control after the death

The validity and effectiveness of this type must be authenticated to confirm the identity of the author and subsequently notarised, in this case no later than five years after the death or ten days after knowing about the death if the will was entrusted to a specific person.

It is easier to make a holographic will than a will in times of an epidemic, but it involves more control after the death due to the need to confirm the identity of the testator because no witnesses were required while making it.

It must also be remembered that the validity of a will in times of an epidemic depends on the testator dying during the epidemic or no later than two months after the end of the epidemic. The validity of the holographic type, however, is subject to knowledge of its existence and the presentation of the will for notarisation, as mentioned above, within five years of death. The fact that no witnesses are required in this instance may be a risk, therefore the testator is advised to bear this circumstance in mind and, if applicable, ensure pertinent safeguards.

3. Making a will when in danger of death

Finally, there is yet another extraordinary way of making a written or oral will when one is in danger of death.

This procedure requires five suitable witnesses (of legal age), and the concurrence and subsequent certification of said circumstance (being in danger of death) and the impossibility of a notary being involved. The notarisation requirements are the same as those of a will in times of an epidemic.

A comparison of a will of this type with a will made during an epidemic might make one wonder how justified the differences are regarding the mandatory presence of witnesses because when in danger of death, the imminent nature of death might make it even more difficult to find five witnesses, rather than three, all of legal age, rather than over 16 as in the case of a will made during an epidemic.

Other types of last wills or testaments in autonomous regions

The three ways of making a will mentioned in the Spanish Civil Code (during an epidemic, holographic and in danger of death) are applicable in all the autonomous regions that have no civil law of their own, and also in those that do but which refer directly or additionally to the will-making provisions of the Spanish State.

The following autonomous regions of Spain have a civil code of their own and particular ways of making a last will or testament suited to exceptional pandemic circumstances.

The main characteristic of Catalan civil law is that it expressly forbids wills made in the presence of witnesses alone. The direct outcome of this is that two types of wills that feature in the Spanish Civil Code (wills during epidemics and when in imminent danger of death) are not permitted. Hence, except in extraordinary circumstances, the only type permitted in Catalonia during pandemic restrictions is the holographic will.

Unlike the Spanish Civil Code, Catalonia allows emancipated minors to make holographic wills. This autonomous region also reduces the authentication and notarisation periods to four years after the death, and in the case of any law suit arising from authentication, to six months after the final judgement.

Another difference is that Catalan civil law allows holographic codicils and memorias testamentarias (testamentary appendices). Holographic codicils must comply with the requirements for this type of will and have considerable restrictions regarding their contents, while a memoria testamentaria (signed by the testator) may only dispose of 10% of the estate.

The joint holographic will is an unprecedented type of will in Aragonese civil law which allows two persons make one will regulated by the provisions of the Spanish Civil Code. This holographic type of will allows one of the testators to write the will and the other testator to write a fragment at the end declaring that it is valid as his/her will. Both testators must sign each page.

This type of testament has given rise to certain doctrinal criticism due to the complexity of the double authentication and notarisation process.

When the first testator dies, the authentication and notarisation process must be carried out in the presence of the other testator no longer than five years later, taking the necessary precautions regarding the content or last will of the surviving party. When the second testator dies, said procedure is undertaken again with the last will of the deceased.

The Hil-buruko is a will typical of the Basque Country which is possible when a person is in imminent danger of death. The will must be made in writing or orally and in the presence of three witnesses.

The type of will in Basque Country civil law for persons in danger of death differs in certain respects from the will in times of an epidemic according to the Spanish Civil Code, i.e.

The periods for authentication and subsequent notarisation are similar to those in the Spanish Civil Code.

As a result, during the pandemic we have experienced, it is easier to opt for the will specified in the Spanish Civil Code because, as mentioned earlier, it allows minors to be witnesses (16 years) and also simply enables one to make a will without being in danger of death.

As regards the validity of codicils and memorias, unlike in Catalan civil law, Navarre civil law allows a memoria testamentaria to be converted into a holographic will if it fulfils the necessary requirements.

Professor, Department of Law at Esade