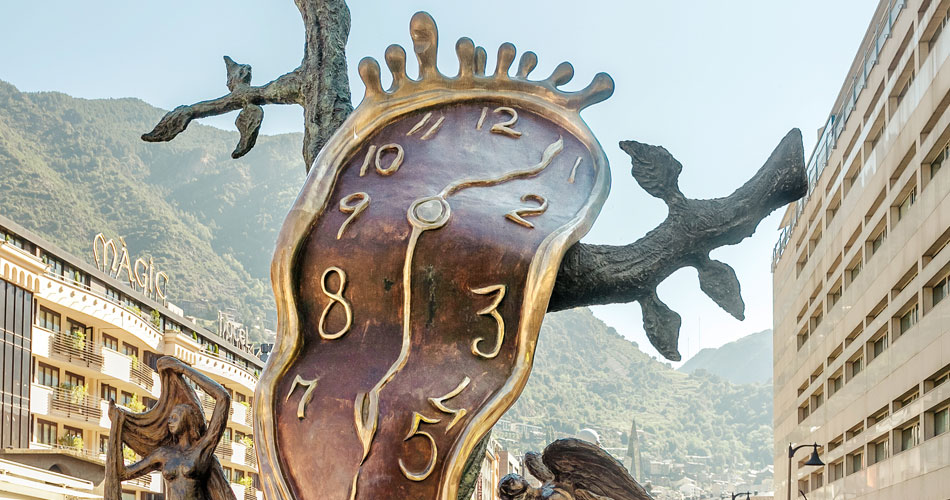 Some relatives of mine were moving house. It was taking longer than expected because they had a lot of work with strict deadlines. They were trying to fix dates for completing the move and were suffering because they couldn’t meet them. It occurred to me to explain to them the difference that the ancient Greeks made between chronos time and kairos time, as described by the American writer Enuma Okoro.

Chronos time is how we measure our days and our lives quantitatively.

Before… communities noted the passage of time independently, based on their geographical locations and factors such as political regimes, agricultural rhythms, religious roles and events, and wars. If we were to apply this to the present-day United States, last year might be marked as: "In the final year of the rule of Trump," or "In the season of the killing of George Floyd."

Like anything quantifiable, we quickly learn how to worry about whether we have enough of it. If our cultural lexicon is anything to go by – "Don’t waste time", "Time waits for no one", "Time is of the essence", and "Time is money" – we are afraid of losing it, running out of it, or being consumed and ravaged by it. Time becomes "restrictive, demanding and consuming." Chronos time, it seems, will eat us alive if we do not constantly keep track of it and try to control it.

Kairos is the qualitative time of life. The Greeks considered it the most appropriate for something new. "The concept has its origins in the practice of Greek archery, representing the moment when the archer finds the perfect opening to shoot his arrow and hit his target. But Kairos (or Caerus) was also the Greek god of opportunity. He had wings feet and darted quickly about, but if one were alert, one could catch him by the long lock of hair that hung over his otherwise bald head."

To grasp kairos time we have to release some of our anxiety around chronos time. "But I think we can learn to keep time in a way that not only makes sure we accomplish our ongoing professional goals and meet our responsibilities, but that also keeps us open to being steered by life in ways we may not have anticipated, that keeps us discerning enough to read our environment and to adapt accordingly."

A kairos moment can open up anywhere… It can be as minute as recognising that sudden need to take a walk in the fresh air to clear your head, trusting that such a simple act of self-care is not a waste of time, but time you can afford. Meditation, leisurely reading, walks, staring out the window, fishing, gazing at art, dancing, slow cooking, conversations of intentional listening, acting in the moment when your intuition speaks – all these keep you attentive, open and in tune in the present moment.

… There’s something freeing about dropping our full hands before kairos. We should consider learning to stand in our present circumstances and finding the courage to ask, “What is time for?” And then to take the time to listen and to act. Enuma Okoro, “A Brief History of Time”, Financial Times Weekend, 6-7 February, 2021

Finally, my relatives completed their house move. They took advantage of a few days before Easter to get it done and spent the whole of the Easter break arranging things in their new place. Little by little, without haste…

"We usually conceive of time as something simple, fundamental, flowing evenly, indifferent to everything from the past to the future, measured by clocks. Over time, the events of the universe follow one another in order: past, present, future. The past is fixed, the future is open … Well, all this [from current physics] has turned out to be false." Carlo Rovelli, physicist

What kairos moments have you experienced lately? What have they revealed to you about how you relate "time and existence"?

How can you broaden or intensify these kairos moments, while still honouring your responsibilities?