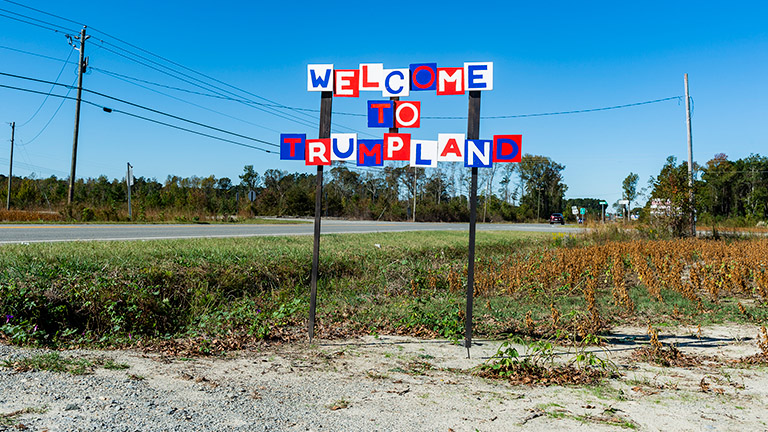 Why Trumpism has already won

Like many followers of the triangle between politics and international affairs, I have been following the American election news since dawn. We do not yet know how the process will end, or who will be proclaimed the winner of these presidential elections.

Undoubtedly, these are some of the most astonishing elections ever held, and not in the best sense of the word. We can anticipate that the winner of the election will be Donald J. Trump, 45th President of the United States.

His style of politics has triumphed, and therefore on 20 January, either Donald Trump or Joe Biden, will have to lead an American society that is more divided than ever and facing an unstable international situation. Trumpism, now established as a growing intellectual trend, has triumphed. Its features, previously of little consequence, are now shaping political behaviour.

Trumpism represents an emotional connivance with the voter. The hillbillies have decided that President Trump resembles them not so much for who they are, but for what they believe were their grandparents. The treasured fable of a go-getting America that turned dreams into reality is easily perceptible in this New Yorker. Trump wins in emotional politics and the dream of reinstating an America that led the world economy and political culture. That world never existed, but this matters little. Follow the political and electoral geography of the Mississippi to understand what I mean, and now add 29 presidential electors from Florida. This is where the electoral turnabout has occurred.

The language of conflict is frequently used. Donald J. Trump's declarations and tweets cut divisions through society by claiming that there is "us" and "them". Polarisation feeds on confrontation with "the enemy" and the depersonalisation of the other. In the era of identity politics, the language of conflict diminishes the citizenship of others. This is bad news for the president-elect, who should be governing for all Americans, and not just for those voters who are dressed as his fans.

Such aggressive leadership explains how a candidate can call for the count to be stopped, denigrate the value of postal votes, and disregard time-honoured traditions. It is unprecedented for a candidate to hold an election night party in the White House, or to claim victory in the middle of the electoral count. These are clear breaks with tradition and custom.

Donald J. Trump's declarations and tweets cut divisions through society by claiming that there is 'us' and 'them'

This behaviour must not be downplayed, because democratic doctrine includes procedures (formal and informal rules), content (decisions and political priorities), and results (indicators, evaluations, and public policies). Thus, we are going down the path of judicializing decisions and policy, and this only adds to the conflictive scenario.

The three Ps of divided societies

Provocations are launched in tweets that are fired off at any moment of the day or night to insult and mock a range of social groups. These tweets succeed in fragmenting the nation’s civic culture regardless of whether they are aimed at racial minorities, women, or immigrants. Trumpism reaps the rewards, while open societies fail to respond adequately.

Polarisation is the linchpin of populism and Trumpism. It’s us against them. Polarisation explains why Trump voters stay loyal at election time, while the democratic "they" fail to regroup as allies. Scattered shots of icons, emoticons, and emojis contribute to the political simplification.

Protests are driven by direct criticisms that dispense with the formal niceties. However, Trumpist social demands find no place in public conversation or congress. Calls are made to get out on the streets and defend election results. Trump's appeals to the Proud Boys and libertarian movements are a threat to coexistence. In this scenario, Trump has already won because he ensures that elections are seen in binary terms. Like a referendum, you have to choose between staying with the president or making way for a new candidate.

It is at this moment that Trumpism represents a winning and attractive option because it is anti-system. It is against the elites of New York and San Francisco. Trumpism rejects globalisation and newcomers. It opposes a reinterpretation of history and a re-examination of the legacy of the founding fathers.

Against all the odds, Trump has created a winning ticket against Joe Biden's sadly uncharismatic leadership. Biden is the ideal candidate for those of us who love Woody Allen and watch episodes of ‘Friends’ on a loop. But we cannot vote in this process. A Trumpism that has overdosed on hyper-leadership has found a place in society and may return to power. We must remain alert because this story has not yet finished.

This article is republished from The Conversation under a Creative Commons license. Read the original article.