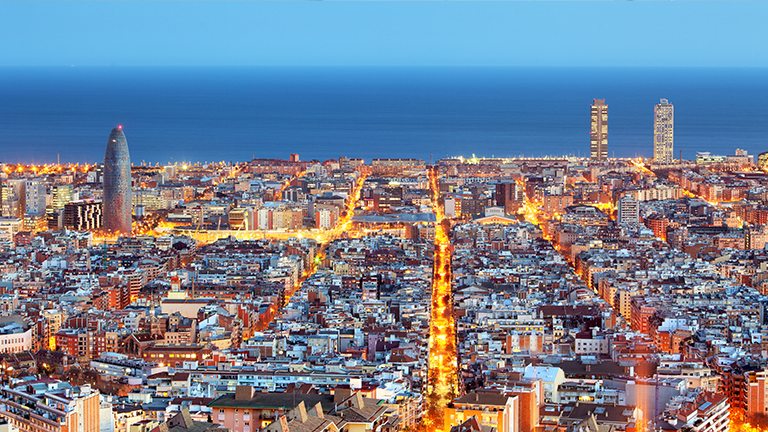 Turning the city into an innovation lab

Innovation has become ubiquitous in our society. Indeed, we tend to mistakenly believe that this has always been so.

From the Roman Empire until the beginning of the nineteenth century, growth in world GDP was nearly flat (specifically calculations point to annual growth of 0.04%). It was only after the industrial revolution that world GDP began to grow more quickly.

Available data suggests that GDP growth reached a rate of 0.7% by 1820, a modest figure by today's standards. The growth rates associated with innovation are a recent phenomenon.

Cities have been the crucible of innovation. It was in the cafés and clubs of cities such as London, Paris, and Vienna that the projects, ideas, and revolutions that changed the world arose. But how do cities innovate?

The truth is that cities – and the public sector in general – innovate by copying successful experiences and transplanting them to their reality. Such ideas have a social reputation because they were previously successful in other similar places, and so the risk is small. The public sector usually offers guarantees and works through consensus. However, this is not always true!

Barcelona as a lab for new ideas

The concept of Urban Labs appeared in Barcelona a little more than a decade ago through Barcelona Activa and Anna Majó. It was a city-based variation of a movement that was very fashionable at the time, the Living Labs. Both initiatives were framed in European projects such as Open Cities and ENoLL and included the leadership and participation of Esade and the author of this article.

The idea was to borrow one of the ideas driving startups and innovate by experimenting with new proposals instead of changing existing concepts. Urban Labs made city space available to startups and established companies so that they experiment with new products and services.

Implementing these initiatives was simple: a competition was launched to attract proposals and those needing validation in real environments were selected.

The interest from companies was remarkable. They received validation and fine-tuning for their projects in authentic contexts with real users, as well as access to policymakers so that they could adjust to the requirements of public administrations.

Over a period of several years, nearly 100 projects of this type were successfully conducted in Barcelona. A wide range of products were involved – from intelligent lighting systems that responded to the presence of people to solar panels on shared walls.

Three results and one conclusion were obtained from the Barcelona experience:

In short, it was about learning locally to compete globally.

How do we innovate today?

Cities compete much more than they did a decade ago and so making your city generate opportunities, innovation, and wealth has become more difficult. Cities are also immersed in profound change processes for which it is not enough to "copy" and "improve". Attracting the best talent and proposals requires a leadership that anticipates and reinvents the city itself.

Some cities have become, more than ever, true innovation labs based on public and private initiatives.

Janette Sadik-Khan's tactical urbanism transformed New York City through low-cost experiments that revolutionized its appearance, first with paint and concrete blocks, and then with trees, bike lanes, and squares where previously there were only streets. This was a process imitated with more and less success by cities such as Barcelona.

But we have also seen how cities have become a lab for private initiatives. We have examples in new housing models such as co-living, as well as in the home delivery sector with dark kitchens (which cook exclusively for home delivery), and with doorstep package delivery in less than two hours thanks to small city center warehouses and artificial intelligence predictive models.

However, the most notable case of the city as a lab are the experiments with on-demand self-driving cars – the new taxis. In cities like Phoenix, Beijing, or San Francisco we already have several companies providing taxis with or without drivers.

In other cities such as Tokyo, there are van-like versions of these driverless vehicles managed by the public sector. All these experiments will change our cities, probably by freeing some of the vast amount of space used by vehicles.

But what has changed? The lessons of Urban Labs are still valid. However, the scale of change and the importance of being an innovative city have greatly increased. Today, much more than ever before, cities need experiments that match their ambitions – such as self-driving cars.

Experimenting in real environments is expensive in terms of money and inconvenience for the public. Today we have tools such as digital twins – virtual replicas for simulations – that enable us to reduce experiments in real environments to those from which we are certain that we will learn something useful.

The large scale of this research also implies market proposals that mobilize public and private ecosystems. The public sector must be able to offer incentives that make proposals attractive and, ultimately, win-win propositions.