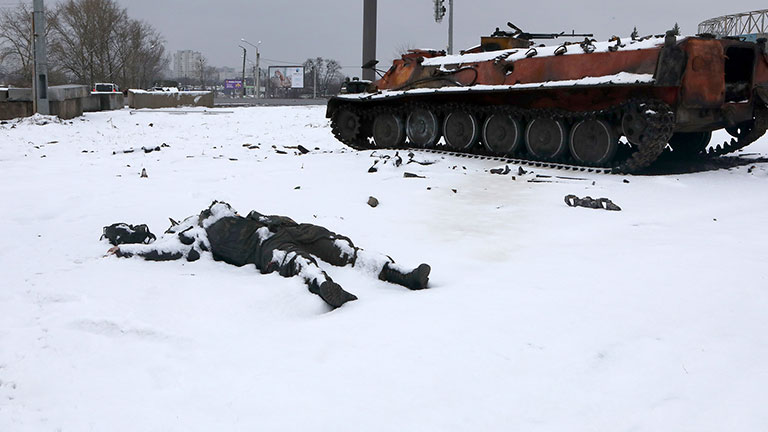 "Many people have suddenly realised that security and defence are essential to maintaining our way of life, our freedoms"

The Russian invasion of Ukraine has blown up decades of peace in Europe. The European Union, without an effective common security and defense policy, and NATO, in search of meaning after the fall of the Soviet Union, have revived from the night ghosts of the past that were considered overcome as the invasion of a sovereign country in Europe or the threat of nuclear weapons.

We spoke with José M. de Areilza, professor and holder of the Jean Monnet Chair at Esade, to find out how European and Atlantic institutions have responded to the invasion of Ukraine launched by Russian President Vladimir Putin.

The EU has responded as one to the invasion of Ukraine. Past crises with Russia have tended to divide more than unite its 27 members. What has changed compared to previous conflicts, such as those in Georgia or Crimea?

The gravity of the crisis. This is a crisis with profound implications for European security – there have even been threats to use nuclear weapons – so it is not simply a war against Ukraine, but against European values. Furthermore, unlike previous situations in which the Putin regime has used force against a country in its orbit, this time all Europeans have felt directly threatened by the serious problem that Europe does not have the capacity to manage geopolitical crises; it is not a major player in the field of security and defence. On the other hand, it has exhibited a commendable list of sanctions, energy policy decisions, and aid in the form of arms supplies to the Ukrainians.

These sanctions initially met with reluctance in the US, especially the decision to exclude Russia from the SWIFT payment system, although these reservations have since been overcome and the sanctions imposed. How do they differ from previous occasions?

These sanctions are much tougher, much broader and better targeted. But there were some reservations about cutting Russia out of the SWIFT system, and an exception had to be made for payments related to energy supplies. The next step has to do with freezing the assets of the Russian Central Bank abroad. I think other key measures to come will be sanctions personally targeted at the oligarchs, at the kleptocracy surrounding Putin, the Russian dictator, especially in some European capitals. Given the situation of the rouble and inflation in Russia right now, these sanctions are hurting the country’s entire population. In anticipation of this response from the West, Putin had already stockpiled a €600 billion war chest in foreign reserves, but the aggression and destruction have been so brutal so far that the only possible way out will be to maintain these sanctions and turn Putin into an international pariah, as President Biden has said.

If we could delve a little deeper into this subject, my understanding is that the sanctions seek, above all, to put pressure on the economy and, especially, on the Russian oligarchs, to try to redirect Putin’s policy or make him change his mind. And they are supposed to do all this without harming either ordinary Russians or ordinary Europeans. What chance does this strategy have of succeeding?

Whilst the intentions are good, it seems to me that, unfortunately, the economic damage to the Russian people has already been done. And this is a population that is not proud of the war that Putin has started. There have been striking demonstrations, given the potential price paid in Russia for participating in anti-government protests. I also think that the oligarchs, the kleptocrats surrounding Putin, do not currently have the necessary strength or ability to influence the dictator. So, I think we are very unlikely to see any regime change in favour of responsibility in the short term. The important thing is to maintain the sanctions and the united response by the West, as well as the reinforced transatlantic solidarity.

Speaking of transatlantic solidarity, the crisis has also reinforced the role of NATO, the point of which has been questioned in recent years. How will this crisis affect NATO?

This crisis will strengthen the role of the Atlantic Alliance, not only for the Central and Eastern European member states. There are likely to be new members, such as Finland or Sweden. Many people have suddenly realised that security and defence are essential to maintaining our way of life, our freedoms. Peace is often taken for granted, as something that does not have to be prepared for, invested in or worked on.

Of course, the relationship between the US and its European allies has not always been smooth. But the Russian invasion of Ukraine has prompted two major changes in Europe’s military policy. First, Germany has increased its defence spending and exported offensive weapons; second, the European Commission has coordinated the shipment of this type of material to Ukraine. What are the implications of these changes for the future of the European project?

I like to think that we are in the Hamiltonian moment of European security, that is, the moment in which the embryo of what will become a future security and defence policy is already there. In this incredibly important decision by Germany – which means rewriting and changing its foreign and defence policy virtually overnight in order to increase spending and incorporating this rule into its Constitution in order to supply weapons to the Ukrainians directly – I think it is necessary to recognise the leadership displayed by Chancellor Olaf Scholz. And I think the European Commission has also taken unprecedented and effective measures, which are moreover being funded directly from the European budget. Indeed, the European budget is paying for the weapons being supplied to Ukraine, apart from those being sent by individual member states through this European coordination.

As a follow-up to that question, I was going to ask whether, now that the United Kingdom is no longer part of the EU, the Ukraine crisis might move the Union forward in terms of military cooperation, but I think it has already become clear that this is the path we are following…

The United Kingdom is still Europe’s foremost military power, and despite Brexit, it is doing everything possible to be part of this coordination, not only to contribute within the Atlantic Alliance, but also to join forces with the other European countries in assisting Ukraine. But Brexit has also affected it in this sense, because despite its military might, the UK is not the first country that the US is consulting; it now comes third, after Germany and France.

Finally, Ukraine has asked to join the European Union through a fast-track procedure. Do the treaties provide for that? Is it a realistic option?

It is not a realistic option, because, in fact, there is no institutional mechanism that provides for this kind of fast tracking. I do believe that the European Parliament’s decision to request that Ukraine be considered a candidate country is of great symbolic importance, however, as a demonstration of the European values that we all defend, in Ukraine and the EU as a whole. It seems to me that Ukraine has that European soul and deserves all the support we can give it within the clear limitations related to security, to European defence. So, whilst I do not think the debate over its immediate adhesion is practical, it is symbolically important.

The Ukraine crisis is the first major foreign policy challenge of Biden’s presidency, not counting the hasty withdrawal from Afghanistan. How is the US president handling this crisis?

In my view, it is providential that it is Biden who is at the helm of the US now responding to this crisis, because he understands foreign security and defence policy in a way that few other occupants of the White House have. I also think that the previous president, Donald Trump, left a power vacuum not only with regard to China, but also with regard to Russia. Remember, Trump deeply admired Putin. Within the country’s domestic constraints – and the US is a highly polarised country in which most of the population wants nothing to do with new wars, with only half of Americans supporting sanctions on Russia – I think Biden is doing everything he can. He is leading ‘from behind’, to use an Obama-era expression, to maintain and strengthen the transatlantic relationship, conducting ongoing consultations with the Europeans. This stands in stark contrast to the Afghanistan fiasco, where he did not engage in this joint work with the Europeans.