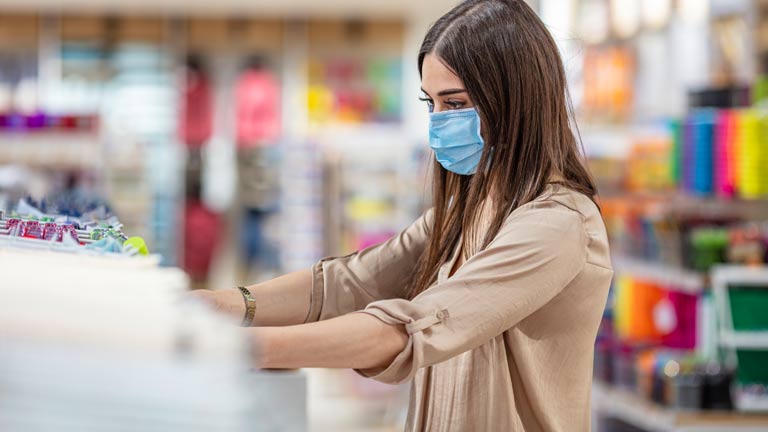 People on low incomes are frequently judged negatively for buying items deemed to be unnecessary, extravagant or self-indulgent. But those same everyday items when consumed by people with higher incomes are often deemed not just acceptable, but essential.

The reason for this consumption inequality was examined by Esade’s Kate Barasz and Serena F Hagerty, from Harvard Business School, in a paper which appeared in the journal PNAS. Eleven studies documented systemic differences in ‘permissible’ consumption – that which was judged to be acceptable for others to consume – and consumption that was viewed to be less acceptable.

The research confirms that the purchasing and consumption decisions of people on lower incomes are subject to more negative and restrictive opinions. Even when low-income people purchased items deemed unnecessary with windfall funds – the receipt of unexpected, relatively large, sums of money – they were still subjected to the same negative judgements.

It’s a hypocritical attitude which results in an imbalanced and inefficient provision of resources to the people who need them most. But why do those who are more fortunate in terms of wealth decide that poor people are less deserving of the things they themselves see as necessary?

Living within your means

This widespread phenomenon is often dismissed as a simple matter of means: people shouldn’t spend what they haven’t got. But in their PNAS paper, Barasz and Hagerty rule out this explanation. Instead, they found that lower income people were socially permitted to consume less, because they are presumed to need less. As well as facing economic disparities in what lower-income people can actually afford, there is an inequality in what they are seen as being allowed to have.

People on lower incomes are frequently scrutinised and scorned for their consumption decisions in a way that no other class experiences.

“A round of social media shaming commenced after Syrian refugees were photographed coming ashore with smartphones in hand, and a United States politician chastised lower-income Americans for buying iPhones instead of health insurance,” note Barasz and Hagerty. “American welfare recipients have been chided for buying 'lavish' grocery items, such as seafood, a phenomenon so prevalent that it was parodied in a headline by satirical publication The Onion: “Woman a leading authority on what shouldn’t be in poor people’s grocery carts.”

Even at more official levels, they add, federal agencies have reprimanded lower income natural-disaster victims for the ways in which relief funds were spent. “The leader of an international nonprofit warned against giving lower-income individuals unconditional cash transfers because they may buy the 'wrong' things.”

This isn’t just outrage over mis-spent taxpayer dollars. It’s an attitude which persists for lower-income individuals using their own earned money to buy a wide range of mainstream, non-premium products. It goes beyond moralising about living within your means and not expecting handouts and is instead a perceived permission driven by necessity.

“The sociologist Max Weber argues that spending one’s own money on necessities rather than luxuries is considered by many to be an ethical obligation,” say Barasz and Hagerty. “People will often justify their purchases to themselves and others, and experience guilt when they consider those purchases harder to justify.

“This same reasoning extends to judgments of others’ consumption decisions: the more justifiable an item (the greater its perceived necessity), the more permissible it is to consume it. But this judgment rests upon on precarious footing when the perceived necessity of an item is not absolute and instead shifts depending on who is using the item.”

Using a large sample of goods and services, Barasz and Hagerty find that the same items are perceived as less necessary for lower income individuals.

“It’s not simply the case that smartphones are universally characterised as frivolous ‘nice-to-haves’ for all individuals,” they say. “Rather, they are seen as necessary for those on higher incomes but not relevant to those without the same resources. It’s a grim double standard against which consumption decisions are evaluated, and it’s within this context that an impoverished view of needs emerges: a persistent belief that people with less money have fewer – or more basic – needs.”

Do more with less

When people judge lower-income individuals more harshly for buying things they do not ‘need’, say Barasz and Hagerty, the definition of ‘need’ changes. “It becomes narrower and more restrictive for those people who are in need, and a bleak predicament arises.

The list of items considered necessary continues to dwindle, and those who already experience hardship are told to make do with even less.

When people judge lower-income individuals more harshly for buying things they do not need, the definition of ‘need’ changes, and a bleak predicament arises

“These behavioural consequences hint at a larger, more problematic reality: people appear more comfortable directing (and limiting) the decisions of the poor. Donors understandably want to ensure their money is well-spent, but this desire for control is likely exaggerated by the lopsided notion that lower-income people spend more impermissibly. Influenced by an impoverished view of perceived necessities, donors may contribute an overly narrow set of goods or be overly restrictive in how they designate funds, all of which limits the ability of individuals and organisations to purchase what they need.”

This attitude results in a structural inequality that expects people on lower incomes to accept standards higher-income cohorts would not consider. Food assistance programs and public housing often fall well below levels deemed acceptable by those who have no need to rely on such programs.

Being poor in the digital age

It’s an attitude which prevails when deciding what is considered essential. “When Lifeline, a Federal Communications Commission (FCC) program that delivers discounted telecommunications services to low-income Americans, expanded its offering from landlines to mobile phones and later internet service, it prompted a heated debate,” explain Barasz and Hagerty.

One FCC commissioner argued that internet access is necessary in a world "where, in a growing number of states, those who are income-eligible can only apply for benefits or aid online." Another disagreed, declaring that "internet access is not a necessity or human right...[and] the term ‘necessity’ should be reserved to those items that humans cannot live without, such as food, shelter, and water."

It’s simple to argue that food, shelter, and water are necessities. But necessity must also be assessed for a broader array of items, a significantly harder and less obvious task. The majority of our lives are lived online, and access to services often relies on an internet connection. Yet the very poorest among us – including refugees fleeing for their lives – are deemed undeserving of this vital link to help.

"This is the even darker side of economic inequality," conclude Barasz and Hagerty. "People on low incomes are restricted not only by what they can financially afford to purchase, but also what they are socially deemed to deserve."