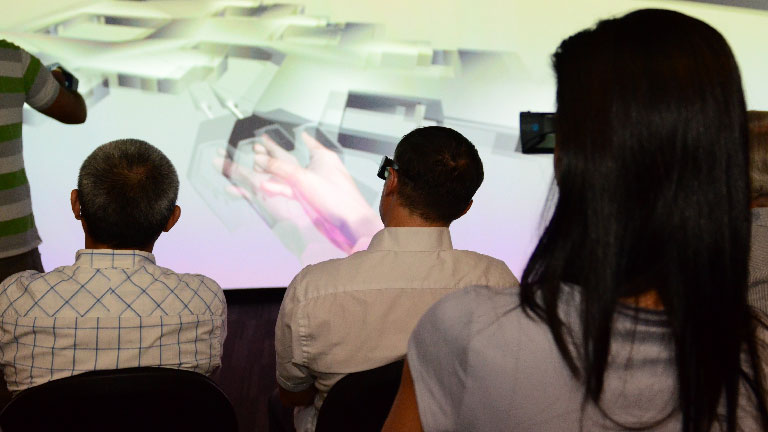 The university of the future

What will the university of the future be like?

There is a new model just around the corner and already clearly visible, which offers us a glimpse of some of the future characteristics of academic institutions. I will present this model in this article.

The leading universities around the world have organised themselves to forge and produce enterprising individuals. Today, an increasing number of these universities are encouraging their students to provide solutions to people's problems and needs through the creation of technology startups. These leading universities include, for example, MIT and Stanford. We should also add Tsinghua in China and the Technion in Israel.

Israel is well-known as a startup nation and a second Silicon Valley. The Technion Institute of Technology, which is just over a hundred years old, has played a key role in shaping this enterprising and technology-driven nation. It is one of the world's leading universities in research, technology transfer and business creation, and it has produced important entrepreneurs and key technologies.

Israel ranks third in the world, after the US and China, in terms of the number of companies listed on the NASDAQ Stock Market. It has more than 120 active companies on this exchange. Half of them have been created by Technion students and they are valued at around 30 billion dollars. In fact, the Technion's technology transfer office, known as T3, searches all over the world for entrepreneurs who will create startups based on technologies developed and patented at the Technion. T3 grants them a licence and helps them with the process of creating and developing the startup.

The Technion's main campus is located in Haifa, near the border with Lebanon. It also has campuses in Tel Aviv, New York and China. In China, it signed a collaboration agreement with Shantou University in 2016 to create the Guangdong Technion-Israel Institute of Technology (GTIIT), which plans to enrol 5,000 students and follows the same model as the Technion in Israel.

In New York, the Technion has an agreement with Cornell University for a joint engineering campus of 2,500 students. Cornell is the university that produces the highest number of doctoral graduates in the US. Together, Cornell and the Technion develop technology-related training programmes and they promote the creation of startups. One of these initiatives is the Runway Startup Postdoc Program, which helps to convert doctoral theses into emerging companies.

The Runway Program is three things in one: a management, research and accelerator school. The objective is that students who have completed their doctorate should join the programme bringing with them their research-based reasoning and leave it with an entrepreneurial mentality.

For its part, Tsinghua University, founded in 1911 and located in Beijing, is one of the best universities in the world for engineering and computer science. It has around 48,000 students and a staff of approximately 7,600. Of these, 3,500 are academics and the remainder administrative staff. Every year, the University formalises around 400 international patents and helps its students to create many companies.

Let us turn now to Boston. There, MIT launched its project The Engine Accelerator, Inc. in October 2016, with the aim of finding solutions to the biggest challenges faced by society. The Engine focuses on deep tech – powerful, deep technology – as a means to solve these challenges. Thus it puts the spotlight on areas of technology such as Internet of Things, advanced manufacturing, biopharmacy, energy, materials, robotics, deep software, artificial intelligence and virtual reality.

The Engine acts as an accelerator. It is a programme in which entrepreneurs or startups take part for a limited period of time. They are offered training, services and contacts to give shape to their ideas.

However, The Engine is different from the usual accelerators, and for several reasons: firstly, because it is focused on this deep, powerful technology; secondly, because it is equipped with an enormous investment fund of 150 million dollars, of which 25 million was put forward by MIT itself; and the third reason is (in my opinion) the most important, truly setting this accelerator apart. In the support it gives the entrepreneurs and startups, The Engine involves scientists and laboratories of MIT and other research institutions in the area, Harvard being one of these.

It has signed agreements with scientific and technological entities such as the Center for Nanoscale Systems at Harvard, the Center for Materials Science at MIT and the Swanson Biotechnology Center at the Koch Institute. These centres and their scientists assist the technology entrepreneurs who join the Engine. This is a characteristic of great relevance, and it bodes well for the future.

So to return to my question, what will the university of the near future be like? It will be an institution with great strength in science (and so it will need generous public funding), steeping its students in science and technology (deep tech), putting them in contact with its scientists and the research activities carried out in its laboratories, imbuing them with a strong desire to find solutions to people's problems and needs, and helping them to create emerging companies in order to channel these solutions.

This is the benchmark, and the sooner we move towards this model, the sooner our universities will join the pack of world leaders. This type of university will prove to be very useful when seeking to overcome crises like the one we are currently experiencing.