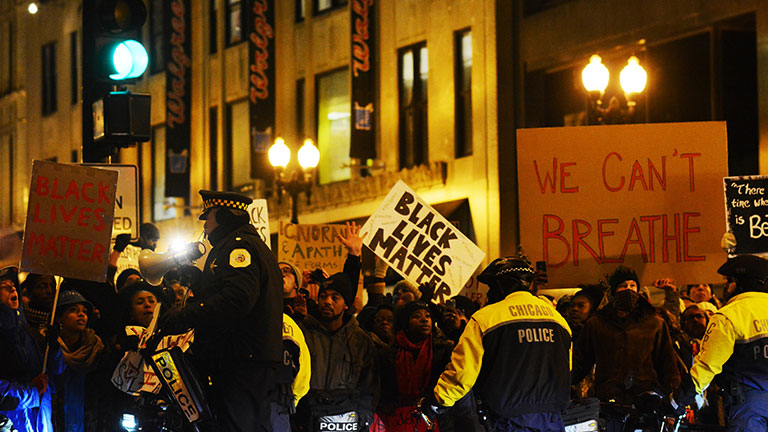 The 2020 US elections will be held in exceptional circumstances – due to a ravaging plague which has consumed more than 200,000 American lives, and because of a high level of racial tension. The 2016 election, especially the Trump campaign, was ostracised for dividing rather than uniting the American people, but the rifts have deepened since. The resurgence of the Black Lives Matter (BLM) movement and its critics broadly reflect the divide marring American society.

However, the Black Lives Matter movement – which emerged with the help of social media in 2013 – has demonstrated its street power and has become a global voice for African American rights and opposition to excessive police aggression. The movement’s simple and perceptive name is indicative of its powerful message – black lives must matter.

The flurry of police brutality cases this year – most notably the shooting of Jacob Blake – has revived the movement’s cause in society and the media (whose attention had been overwhelmingly focused on the Trump presidency). Since the shooting of Blake, protests organised by Black Lives Matter have been raging in numerous cities. So have the counter protests. 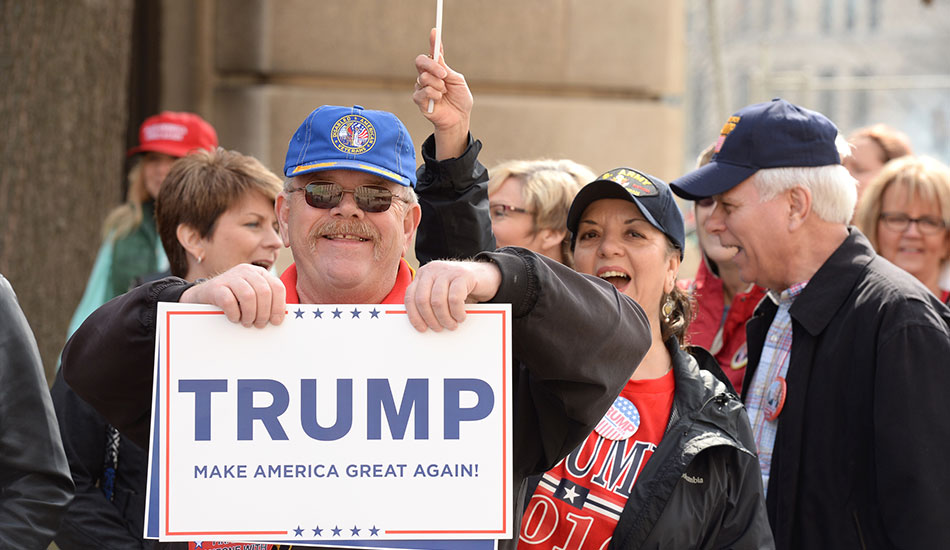 While supporters of the Black Lives Matter movement describe the protests as a cry against injustice, many counter-protestors point to them as sources of violence, rioting, and looting. For them, the protests are a threat to law and order, and many have been seen taking up arms to ‘protect their property’ from the ‘miscreants’. Nonetheless, it would be simplistic to assign this divide to such framing – as it is also attributable to political affiliation and race.

To many Trump supporters, his appeal lies in his platform of putting America first, and protecting the country’s interests, as well as those of its citizens. These interests were seen to have been compromised for far too long. However, these grievances are not only economic in nature.

Many Americans had become convinced that their history and identity, the ‘white America’, was under severe threat. The removal of confederate flags and statues from various cities represented one such example. These voters were sceptical that politicians – due to their political correctness – would protect ‘American’ heritage and values. At least that was the case until Donald Trump arrived in the political arena.

Trump’s bluntness, often targeting minority groups, empowered his supporters to ‘say what they feel’ regardless of the controversial nature of their opinions. The norms of political correctness gave way to the expression of deep-rooted anger and frustration. His campaign also held mass appeal for white supremacy groups, whose support Trump has not disavowed. Race rather than mere ideology, once again, became a focal point in American politics.

As many of those who protest against Black Lives Matter are Trump supporters, the President has expressed strong criticism of the movement and other left-wing protestors – while shielding the counter-protestors and right-wing groups from censure. He has said he will not cow to the demands of ‘radical left’ groups and declares himself to be the ‘law and order’ president – in line with the framing made by counter-protesters. How these tensions will impact the upcoming US elections remain a complex topic.

It was unlikely that President Trump and the Republican Party were ever going to persuade many African Americans to vote for them. Trump’s reticence to criticise white-supremacist groups, who are likely to vote for the President, is indicative of such a strategy.

For this year’s election, Joe Biden – the former vice-president to President Obama – has been nominated as the Democratic Party candidate. Biden has defended the Black Lives Matter movement without supporting the movement’s call to defund the police. In a bid to attract voters of colour, the campaign has also strategically selected Kamala Harris as the vice-presidential candidate to Joe Biden.

However, despite these steps, it appears that the Biden campaign has made a minimal impact on most voters, including African Americans. Biden offered a rather odd and patronising statement during a radio show, declaring that African Americans who vote for Trump instead of him “ain’t Black”. Needless to say, the comment was not warmly received by the African American community.

The Democratic Party requires overwhelming support and a high turnout by African Americans to challenge the Trump-led Republicans in the upcoming elections. It is vital that the issues raised by the BLM movement are heard and addressed. However, the discussion is not solely about whether Biden has done enough to receive a vote of confidence from African American voters and BLM activists. It is also whether President Trump has done enough to motivate people to go out and vote against him.

The 2020 election is not so much an election as a ‘Trump or No Trump’ referendum. Indeed, the Democratic Party’s debates and campaign have centred on pointing out the perils of another Trump presidency, rather than proactively pushing its own agenda.

For African Americans, this reality holds important implications about whether they will exercise their right to vote. Monitoring the turnout of African American voters will be just as important as who wins the election. If the turnout of African Americans is low for this year’s election, it will signify a pessimistic outlook. It would highlight a perception that their grievances are not being adequately addressed by either of the two major parties. Such a result would reflect a complete lack of faith in the ability of the democratic system to eradicate the injustices – including police brutality – suffered by Black people.